Mod doesn't work solo, but will with other mods if not top priority

So i created a mod, tested it out in the editor, it works fine. I compile/save everything, make sure that I have followed all the tuts and referencing my primalgamedata and everything else. When I load the mod by itself in the actual game (single player) the game crashes. If I load the mod with other mods, but my mod being at the top of the list, it crashes. If I load any other mod in front of my mod, it works, no problem. There has to be something I am missing here. Do i need to actually build the map even though it is a mod? 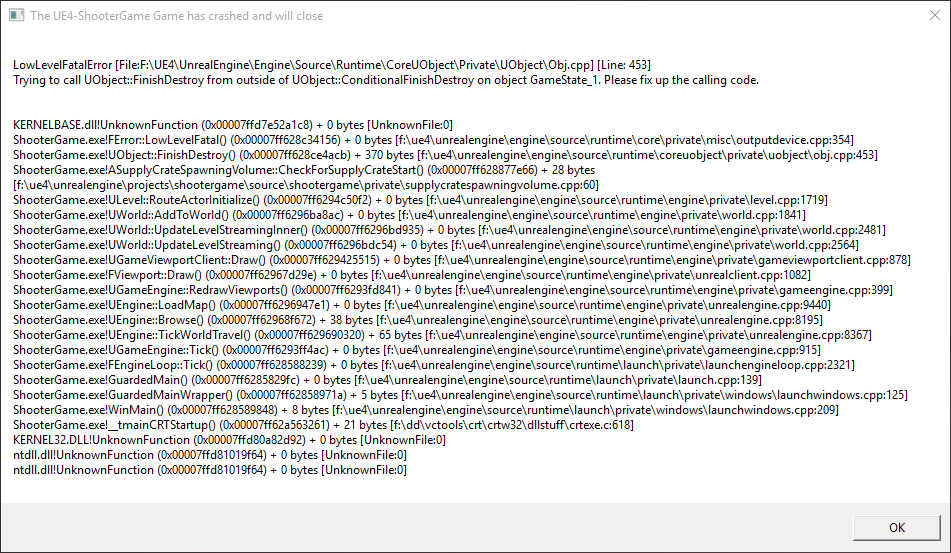 You have to build as a mod if you just want to make a mod. Maybe you’ve not included all the proper files in your mod necessary for it to operate, such as the GameState, or not named them properly. I would recommend going through the tutorials and following one to try and get a test mod working properly.

Welcome to the Ark modding community. This post should help you get started in modding ARK. I strongly advise you to get started by reading this link first : Workshop IRC Useful links F.A.Q Where to start ? Where do I get the ARK Dev Kit? ...

This one should be pretty good: Tutorial: Creating a core-data Mod (Not a Map, just a Mod :) - ARK: Survival Evolved - Unreal Engine Forums

If you’re still having issues you could try taking some screenshots and showing us what you’ve done. People might be able to see something missing.

I am not sure what the problem was, but i rebuilt/relinked map file, PGD, and TGM and all was well.