Here is the stuff we’ve been sitting on and just happened…:

NEWS:
The Zombie Packs are getting an update including AnimBlueprints and custom Velocity and Yaw attributes for implementing In-Place animations.
This was alluded to in an ongoing Ninja discussion here: Ninja_01 MoCap Pack - 167 Ninja Motions - Marketplace - Unreal Engine Forums
Anyone wanting to chime in there about a hands retrofit please do.

Our friend Jesse at 3 Prong Gaming has made demo controllers for the Pro and Basic packs, and will be making shortly videos on their construction and use. Go Jesse! He wanted me to wait on the announcement till he had the videos ready, but since we’ve been so silent a news update was in order. They will feature 3rd person movement and multiple attacks. Jesse also has been working on Zombie AI as antagonists, I will defer to Jesse when/if he will be releasing tutorials on his YouTube channel. He also worked with us on new custom attributes for the In-Place animations, which track frame by frame the Velocity and Yaw. When tapped into they can enable exact control of character movement and no foot sliding, especially for an erratic zombie where movement is not a constant speed or direction.
(The concept is similar to what what the guys working on Paragon are doing, and where I got the ideas from watching their streaming tech videos. Seriously great stuff. Paragon Feature Examples: Animation Techniques | Feature Highlight | Unreal Engine - YouTube) 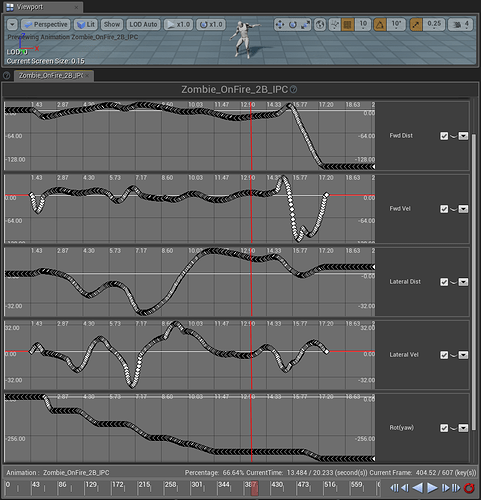 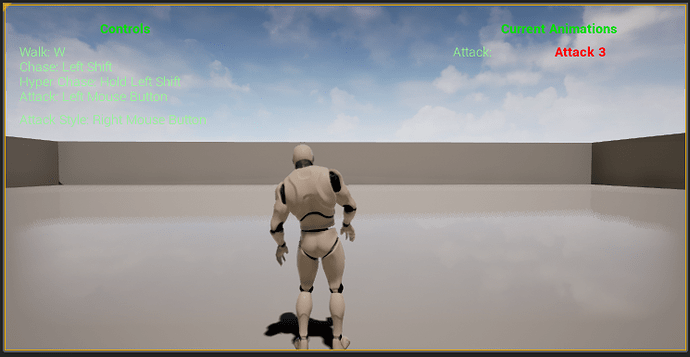 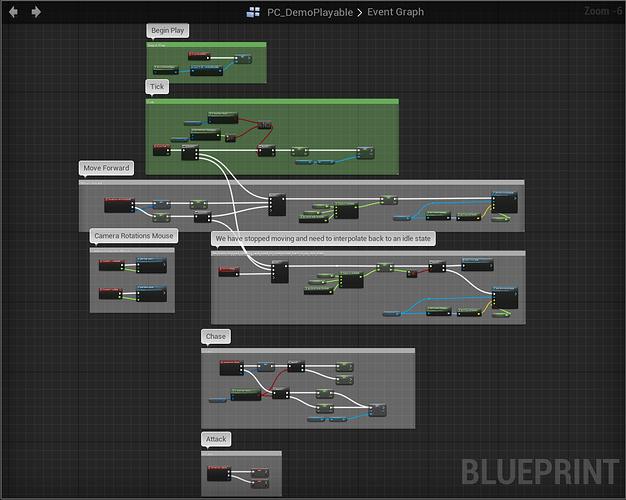 The custom attributes can be deleted from each animation if they are not desired and considered dead weight. We figured it better to include all parameters that could be deemed useful by whomever versus limiting them.
Zombie Packs are in final stages of packaging, then to availability on www.MocapOnline.com and submission to the Marketplace. If anyone has any changes or suggestions please speak now, we want to get these up ASAP to everyone (DUH), even if minor changes are to be made in a future release.

And at risk of sticking giant foot in mouth again:
NEWS:
Mobility and/or Rifle Packs will have a AnimBlueprint soon.

We have been working with our friend Nate over at UNDOING, a VERY COOL indie game in development, giving him a lot of custom animation and rigging support. He has been working on Mobility and Rifle AnimBlueprints based on his ongoing WIP for the game’s 3rd person controller. He is a perfectionist and has reassessed and started over several times to make it look top notch, including feedback with us and altering existing animations. Dude is awesome. Nate says he is very close to something he feels good about releasing to us. We hope to release before the Holidays, if shortly after, fingers crossed. BTW Nate is also a full time student and definitely burning the candle at both ends. Go Nate! He really prefers to keep a low profile and not talk about or release anything before he feels it’s ready.

The MocapOnline Blueprints and packs will not contain all the custom “Undoing” animations and tweaks, but will be based on and benefit from the same core Blueprints. It is likely the lessons learned and custom animations will trickle down to our stock packs in the future, no promises when.

And not to be forgotten:
NEWS:
Pistol Pack getting v1.5 root motion update and custom attributes.

Pistol Pack animations have the root motion made, and have all the custom Velocity/Yaw attributes like the new Zombie IP animations. (We are labeling them “_IPC” signifying they contain the custom attr.) A few more animation tweaks needed, and then on to packaging them in the different packs/ update and upload to MocapOnline/ then submission to Marketplace. Same drill. Yes, it’s way overdue with the full 2.5 treatment, that is an end of January possibility. (and Ninja of course, see the thread noted above.) As before, hopefully for the Holidays, if not right after.

A lot of ArchViz folks have gotten in touch, and we’ve been working with a couple of crowd simulation software companies, so our “LIFE” animations are growing. They of course are useful for populating background characters and scenes etc. as well.

Always a lot of confusion and questions about our Packs compatibility with newer and current engine versions, this FAQ clears it all up, hopefully. Please have a read and feedback or suggestions welcome.

Super tempted to pick up allot of your animation packs

Just a quick update on what’s going on with our packs. The blueprint controller is forefront and trickle down dictating a few things.

Our friend Jesse with 3 Prong Gaming](https://www.youtube.com/user/ShortBusTrip) has still been working hard in his free time on the blueprint controller for our Mobility pack. The “Basic” pack at the moment (There are Pro/Basic/Starter packs on our store, only Zombie has the three versions on the Marketplace right now), which has about half the animations of the full Pro pack. The controller therefore has less capabilities than the Pro will, but he’s using that as a starting point with lessons learned for the far more complete Pro pack next. It’s looking pretty good and has gamepad support with analog stick movement and acceleration. The Pro version will add a large amount of animations filling in 45 angles and transitions, so it will have it’s bugs and caveats to work through.

It’s my understanding he’s using Root motion as well as In-Place in combination for the best results from both. We have also test split the IP jumps into takeoff/air-loop/landing which is looking great. The full set of 3 way split jumps still needs to be created for Basic and the full Pro pack, so a lot of work left to do to get him all animations needed for proposed controller.

All IP animations in the new controller/pack will also have custom attribute curves and be labeled “IPC” as such. We boiled it down to two custom curves to keep it simple and most useful: “Speed” and “Rot(yaw)”. Speed will be the cm/sec for all directions, and Rot(yaw) will be deg/sec for turning L/R. (This is in contrast to the the multiple curves we did for the Zombie IPC animations and controller, which we may revise - another discussion) User input will specify direction so for most situations only one speed variable is needed.
So Jesse is tweaking a few things with me for Mobility Basic, then I will make and modify any and all new animations (split jumps, IPC attributes, etc.) for Basic and Pro to function fully, and get the Pro controller also tweaked to our satisfaction where we feel okay about a public release.

Then, ultimately all this knowledge will be copied/applied to making similar controllers for Rifle, Pistol and Ninja. The Ninja will definitely benefit from a good jump system (and yes we are still looking at redoing the evil hands/arms many are asking for a more generic pose).

Which brings up the Pistol update. A number of people are asking for the long overdue Pistol update now, but it makes most sense to complete the update with the new animation set/list needed for the controller, not spend a large amount of time on an old list. So when we lock down the Mobility controller specs/animations they will be applied to the Pistol update as a model to replicate. The same basic deal with the Ninja update, copy the Mobility controller specs, which is long overdue.

All this means the exact date of all these updates is still uncertain, but we want and need to do it right looking forward. We’ve been working on other private contracts, going through missed stuff from the holidays, finishing OEM arch viz anims for a couple of vendors, etcetc., AND looking at best way to proceed in updating our packs including the UE4 versions of course. (UE4 is the only platform we are making controllers for) We are having meetings the rest of the week to try to put a more detailed plan together.

Sorry for the long and a bit meandering post with no bullet points, just wanted to check in and let everyone know we are working on a bit of everything. It seems the WIP controller progress is important and will positively affect and direct current and other packs moving forward. Jesse is the brains at this point with the controller, I am tester and feedback. Please feel free to contact him with questions or comments.

Hey, thanks for updates.
Reading that you are velocity curves to animations, I recalled this:
https://archives.nucl.ai/recording/bringing-a-hero-from-paragon-to-life-with-ue4/
Animations sytem from Paragon, which uses those curves to blend animations.
Since it will be in engine sooner or later, it would be nice to get in touch with Epic and make assets compatibile with system from get go.