Hi,
I tried the Unreal Engine 4 the during the last weeks and now I wanted to build my first small level. So I prototyped it with BSP brushes (geometry). But as the geometry gets more complex I experienced really ugly looking of my geometry after building geometry or lighting. For example if I use subtraction on a hollow cylinder or there is some additive intersection between simple and complex brushes, like cylinder with stairs. Especially at these intersections there will be a lot of triangles missing after building.
I’m developing on Linux Mint 17.2 and tested it with UE Version 4.11 at first (later with the promoted bransh 4.13.0) and I’m using a NVidia GTX750Ti card with the latest proprietary driver. I tested my level an different machines with MacOS and Windows. On these platforms my level looks great after building it, so it seems to be a Linux issue. Also it’s not only a visual issue. The player falls through bigger ones of these missing triangles.

I tested it on the following platforms with the specified Versions:

Unfortunately I didn’t found any solution until now, except converting it to a static mesh. After conversion there are no missing faces. But I would like to go on prototyping with brushes and testing collision before converting parts to static meshes or replacing them by better models.

So is there any way to get it running on Linux?
I would be very thankful for every help or suggestion!

Yesterday I tested it again with the UE master-branch and with version 4.8.3 but both produce the same bad results as the other ones. Especially when using spiral stairs the problem will occur after building geometry (but also with other geometries). But only on Linux platform. So what is different in the geometry building on Linux or is it maybe just a different setting/configuration by default?

I added the different available geometry (box, cone, cylinder, curved stair, linear stair, spiral stair, and sphere) to a level and then built geometry in the editor however I did not see the results from your screenshot in the editor or in PIE mode. Can you provide the exact setup steps you used to reproduce the issue?

Hi Doug,
of course I can. It’s actually very simple to produce something like that:

I added some pictures for the results after steps 2, 3 and 5. 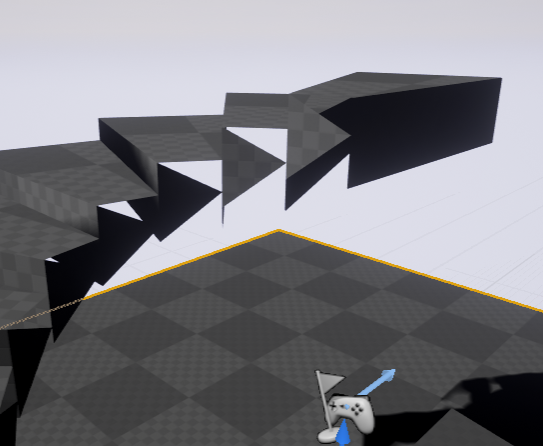 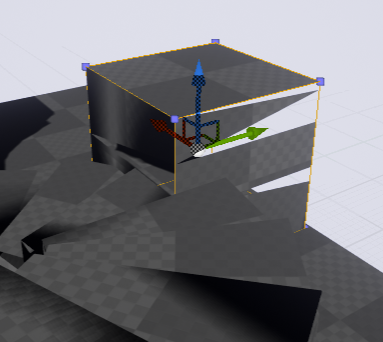 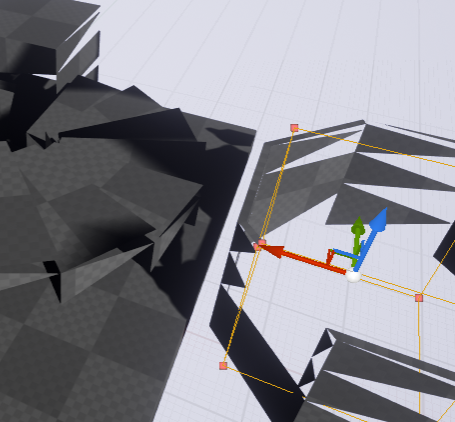 After investigating further I found an unresolved report for this issue in our systems. For reference the report number is UE-12157.