I just subscribed today. Downloaded the engine and UT4. Every time I try to open UT4 I get an error. I’ve been googling for over an hour maybe. Don’t know whats wrong. I followed Epic’s UT4 instal instructions exactly. 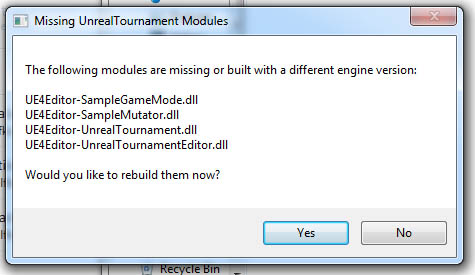 I think this is an issue with the engine and not the game. When I followed the instructions to get the game I got the same thing. This problem could relate to any project, not just Unreal Tournament.

After following the instructions exactly as outlined I receive the same message as the OP, when I do the rebuild I get this message:

How do I go about rebuilding from the source manually?

This has been addressed by or engineers and should be working now if you update to 4.6.

Thanks Doug. I’ll try again later when I get home from work.