I have a particularly difficult question. it is possible (in the logic) to create an animation that reduces the main actor in a miniature making the proportional visual? For example as in the marvel Ant-Man movie. So having the view of an insect …

it is possible (in the logic) to create an animation that reduces the main actor in a miniature making the proportional visual? For example as in the marvel Ant-Man movie. So having the view of an insect … 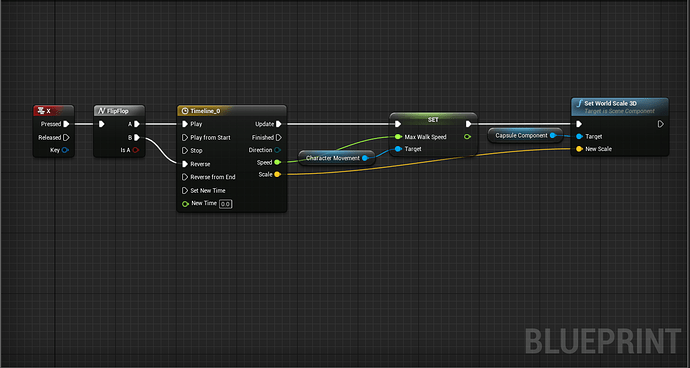 However you would have to adapt your anim-bp to “scale” the speed value as well - e.g. speed / scale (or the blendspace would switch back to “walk”). If you don’t decrease the max walking speed it would not look that great (as the character would be way too fast if he is small like an ant). Physical assets (ponytail, ragdoll) could make issues if you scaled down. So probably you have to switch it while scaled down or there is a possibility to fix that issues (did not try). Other than that it looks fun

Thank you very much. I start to experiment. Along the way I’ll update.

Did you use the BP like I’ve posted it above? If yes did you set up values for the second curve (Speed)? To specify scale and speed you have to doubleclick on the timeline and add 2 curves (one vector, one float). You have to add a start value at 0.0 time (scale 1.0) and some other at the time it should take to minimize (for example 0.1 at 4 seconds). You could even add an external curve instead editing the curve in the timeline node.

I add 2 curves (one vector, one float) but I left everything default.
They are not practical within the timeline.
In the picture, Must I add an initial key to scale and distance?
And a second key ? 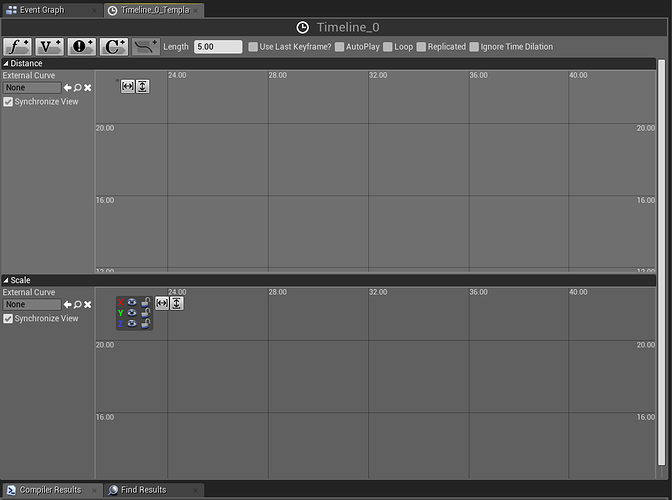 Yes, you need some keys for both curves. Keys and Curves | Unreal Engine Documentation - Without keys they are useless. Put your intial value on 0.0 time and put some target value at a few seconds. Keep in mind that the vector curve got x,y,z so you need 3 keys at start and 3 keys at a few seconds.

I understood the mechanism.
But I still have the problem that after the execution of the timeline, I can’t move.
I don’t know where is the problem.
Help me please

Solved.
I was wrong of the speed curve values.
Thanks