A small piece of the infinite terrain: 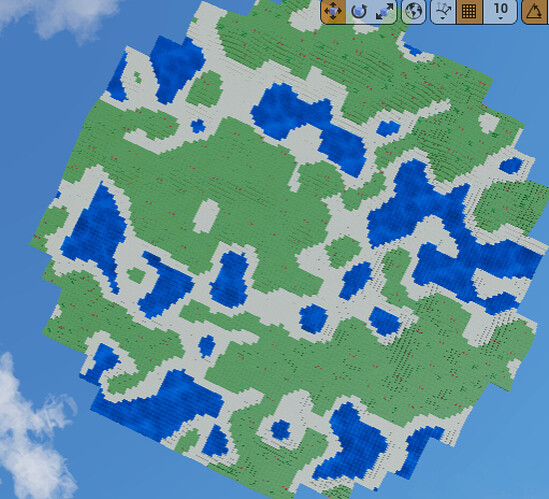 Screen Shot 2017-06-12 at 6.07.43 PM.jpg1022×930 271 KB
Hey guys! I’ve been working on my sandbox survival game and have implemented several key features for it;)
This game allows players to explore infinite terrains, edit the landscape and build creative buildings. In addition, another important aim of this game was to create a stable resource management cycle( mine, improve, build and mine ) like the one in minecraft.
And this might sound a bit hilarious, but each one of my voxel is an actor! And what’s more, the game runs smoothly in the newest ipad, iphone6 / 7 and my mac computer with a totally acceptable viewing distance

The reason why this terrain, which uses actor as its fundamental building components hardly causes lag is that underground blocks( except the ones that make up caves )are not even generated when the player is above the surface, and the actual amount of block actors around the player never exceeds 500.
instanced static mesh component has multiple drawbacks and is thus dismissed. Each group of instanced static meshes have to use the same material, which makes important minecraft features, like biomes, hard to implement. Although ISMC supports better rendering than actors, it is not helpful and ideal for me to extend my game and keep myself from standing in the shadow of minecraft.
Future aims: With the support of actors, richer interaction between the player and each block will be a major aim in the future. The redstone system, underground ores, advanced block manipulation and many other cool features will be added later.
Save & load is also implemented. 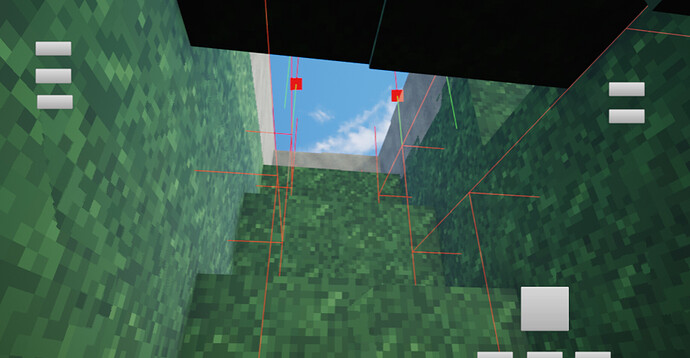 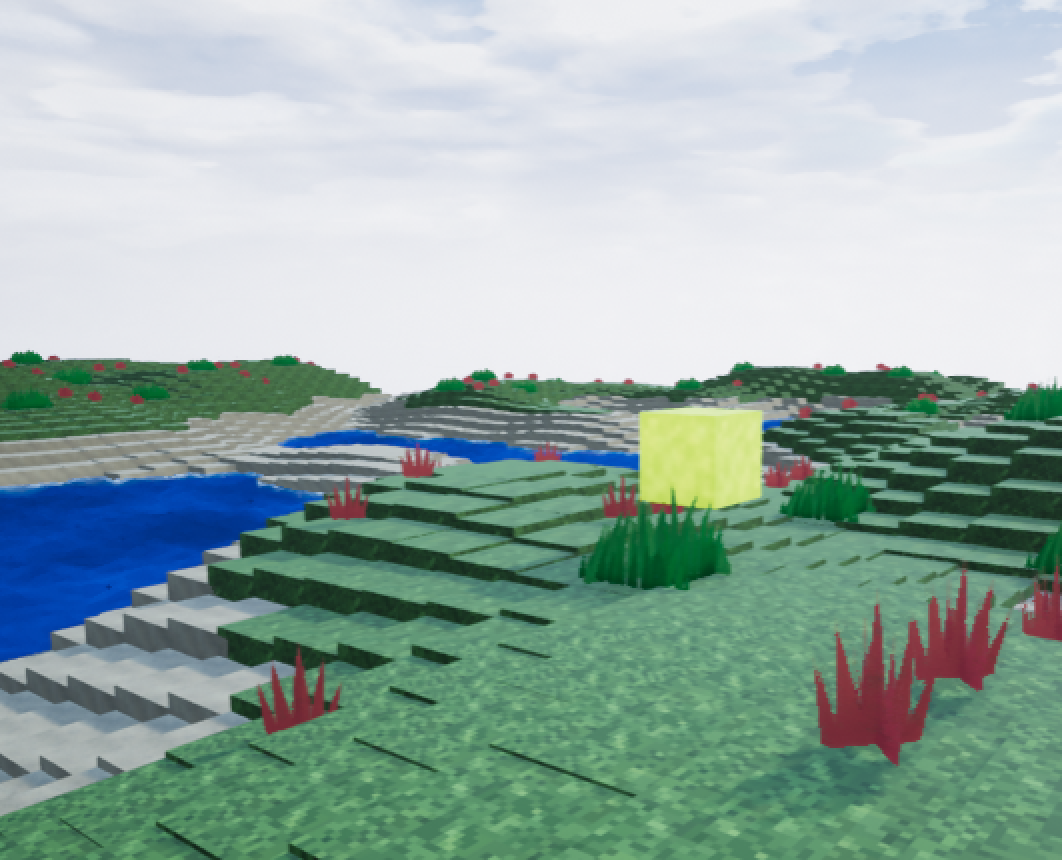 Screen Shot 2017-06-12 at 8.28.23 PM.png1062×860 341 KB
Today I fixed loads of bugs, enhanced my underground mining system and implemented primitive a.i. that detects block faces.
Before the enhancement, the player might encounter void breaches when mining undergound; I fixed the issue by enhancing the raytracing algorithms.
davidg0 June 14, 2017, 12:00am #6

Looks cool, I would just be concerned about possible copyright issues with it looking so similar to Minecraft?

Don’t worry! Voxel game is a genre, which means that mojang is not able to assert its powerb:D