Concerning Metahumans as player character, these seem to be totally awesome.

However, if one is going to not make an NPC, but a flexible player character with them where the player can go and modify the character’s look before game start, things start to become interesting.
Since Metahumans come in 9 female and 9 male shapes (and why not giving the player the freedom to choose from all of them ?), clothes seem to also need 18 different versions. Or at least modified blend shapes, if possible with cloth simulation.
I’ve played around with a “character generation” where the player chooses gender, size and body shape, and the only method i’ve seen working without any holes or seams was to make 9 male and 9 female identical metahumans with different body shapes for each different face and skin the player can select from.

Surely metahumans are still in beta, so i bet that something official that can give the player some control over the character visuals may come around in some later update, but are there any experiences around that help with that ?

One extremely useful tool is this one 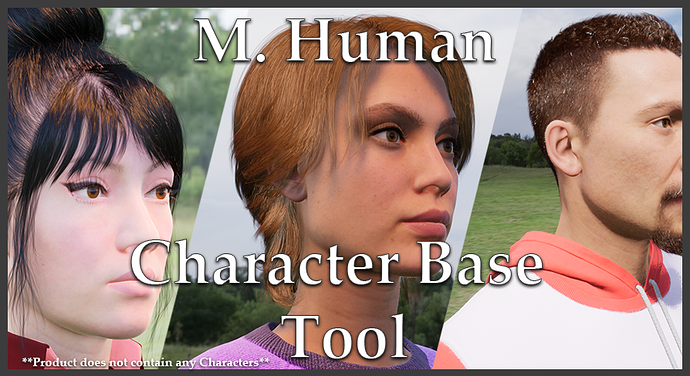 which really easifies the setup of metahumans as pawn actors.
But with Metahumans in its beginning, i bet that in a while there will come more and more useful tools and also “useable” marketplace content like themed clothing sets for metahumans, et cetera.

Which leads to my question. Are there other recommendable Metahuman tools around or soon-to-come tools in planning, that would be good to know of ? Or is there a list somewhere that sums up metahuman UE5 content?