I’m currently powering through online tutorials for Unreal, slowly getting to grips with the program. There are some questions though that I can’t find any clear cut answers to though.

I’m trying to build a cave environment based off of basalt column rock formations like this: 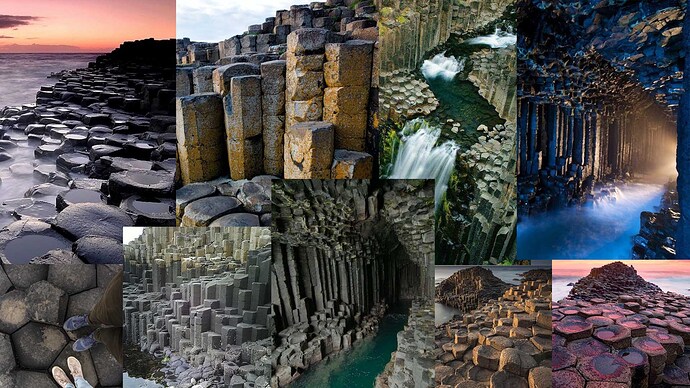 Considering the amount of column’s that will be involved, I’m trying to figure out the best way to handle all those shapes. My thought process currently is to take the base shapes below into ZBrush and Substance, create some different variants of each size. Then static instance mesh in Unreal, hundreds if not possibly thousands of times. 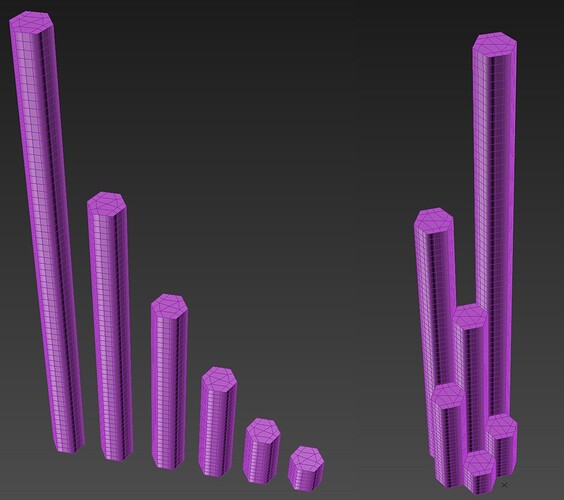 Thanks for any help you can offer,
Bex

First I’d create about 4 or 5 unique sculpts. Then I’d build clusters of about 30 of these rocks, flipping, mirroring, and rotating those 5 unique meshes, that can be put together like tiling modular pieces.

As ZacD suggested, first sculpt a few unique meshes.
After that, you should try to simplify the mesh even more.The Vertical tessellation is a bit too heavy imo. try to reduce it
I also suggest to combine the meshes properly. in the right picture you have a lot of faces that cannot be seen (because they are occluded by other rocks) combine the vertices of the rocks so it’s a single mesh and not multiple disconnected ones.
This reduces the vertices and gives a better lightmap/uv result

I also suggest to create a rather big cluster (2mx2m, 5mx5m, 10mx10m) and having them fitting like puzzle pieces. Having them in a puzzle-piece arrangement improves the modularity.

I would take a look at Dragon Age: Inquisition, they have environments exactly like that, maybe there’s some way you can take a look at a wireframe. The way you want to do it will be too much I think.