Mesh does not move

Hey there i have been trying to make a rock moving from downward to upward but it does not even move can anyone tell me how to do it?

Is the rock a single static mesh in the world or a component of a BP?

For linearly moving the entire actor, 100 units upwards, in 2 seconds: 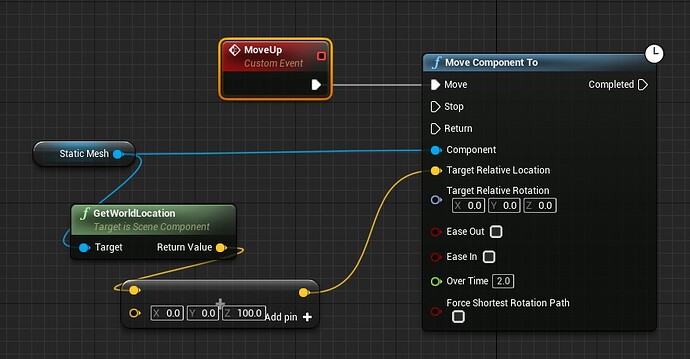 but the blueprint still does not help the rock pop up

I want my rock to move up from below the deafaultsceneroot i arranged my blueprint according to above image but when i start the preview the rock does not move up it stays below the ground.
Can you find a correct way of doing it with steps

There is no need for Lerp. Just use the vector add node, with the relative coordinates of the final position.

I just change the z axis

? and the lerp node?

i would like to know what should be the location

That I can’t say. How far do you want to move the rock up? 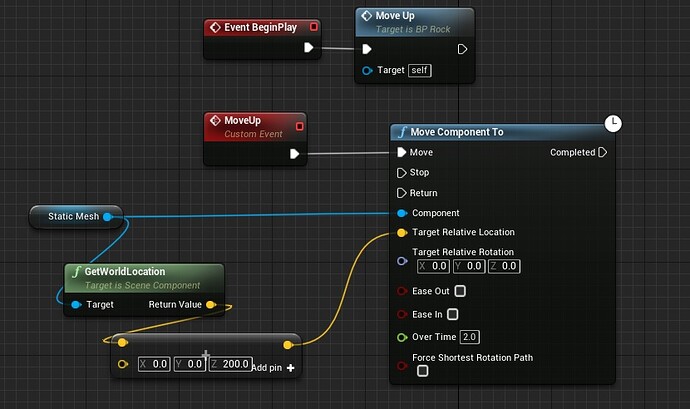 Put a pic of the bp, including the components hierarchy.

does move up event include something

No, it’s just a custom event. You can remove it and connect BeginPlay directly to MoveComponentTo.