I’ve looked around both the forums and answerhub and everywhere it looks like this issue is marked as resolved (a bug from 4.15 or something that was fixed in 4.18). I am attempting to play MP4 videos through the Media Player on a Media Texture on Android devices and both devices I have available to test on, display a black screen. Audio plays so I know the file is somewhere in the package, also if I set the video to be the “Opening Movie” that follows the Splash Screen, I get proper video and audio.

It’s only when a “media texture”/“material” using that texture is involved that it’s black. Am I missing something? Like an improper codec (I doubt this only because it works as the opening video). Maybe I’m implementing the Media Texture wrong? (It works just fine on Windows).

Widget with an Image component with the Image variable of the Brush set as the Media Texture. There is only 1 Media Player so the Texture points to that and never gets changed, only the Media Player changes sources.

Forgot to mention I tested this also using a build from both 4.18 and 4.20 and received the same effect.

Thanks, I’ll do that when I get back to work on Monday 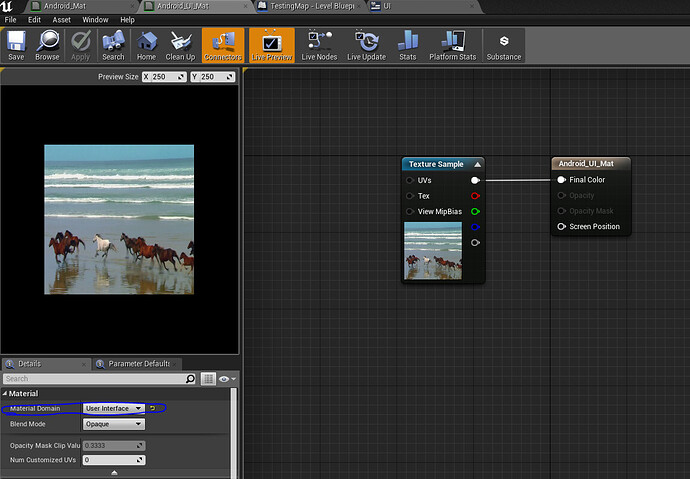