Hey everyone. I have a slight problem here. I am using media framework to render a movie trailer in my game. It works in the editor, but when I play the game, it stays black. I went through the official documentation again, and it told me to tick the ‘autoplay’ box. I navigate to the details panel and… it isn’t there? Where is it?

I would appreciate the help! 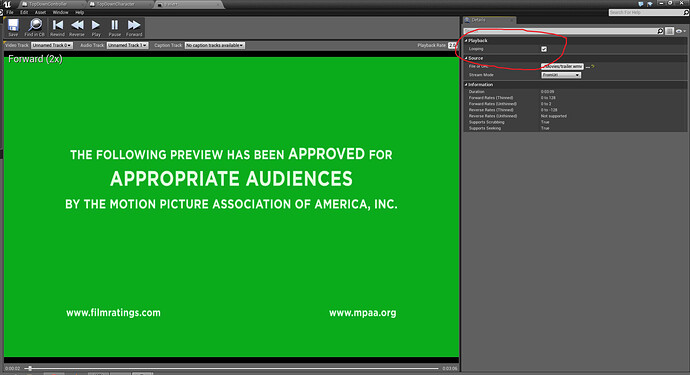 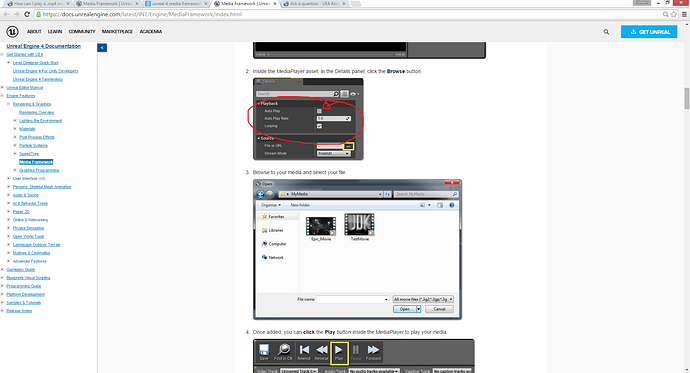 This option has been removed as it was causing known and unwanted issues with video playback. If you would like it to auto-play, simply set the ‘Playback’ rate to 1.0. 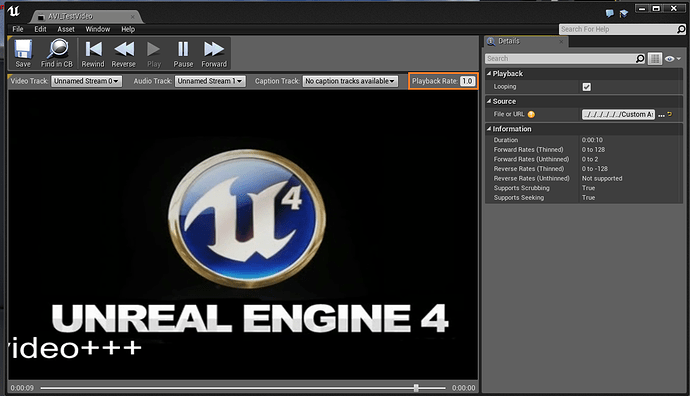 Is there any way to add this back in or create a blueprint to autoplay? “playback rate” does absolutely nothing for standalone game.

The auto-play was removed because it was causing users to crash and caused other problems with the videos playback. I just tested the blueprint logic below in a 4.10.1 project, and the ‘Set Rate’ node worked just fine.

If you have further questions, let me know.

Could you please give us a step by step tutorial building this BP using 4.10. A lot of the tutorials are made with older versions of UE 4 and tend to get me lost rather than help me understand what is going on.

I just tested to make sure the tutorial I wrote still works in my own project, and it works as expected. I have written a few other tutorials you might want to have a look at as well.

Let me know if you are stuck or need additional assistance.

Just tested your Media Player tutorial and it works fine until I try it on a standalone game. I’m trying to make a stereoscopic 360º video from a shpere with the normals inverted for play it with oculus. I’m pretty new to UE so I would really appreciate any help with this issue.

Now I want to take it to the next level and make this texture dynamic with a look based input. Any ideas?

You will need to use some ray casting in order to get that functionality to work. Take a look at the Using Raycasts (Tracing) in Blueprints documentation to get an idea of how to go about doing this.