Basic idea is a Roguelike top down game on about as large a map as I can reasonably make.
Player is in control of 1~10 units. When all units are dead., start over on a new map.
Customizable units upgrading with found gear.
Most probably sinlge player only.

Been wanting to make a game like this for a while now. Thought I would give it a go.

So far been working on the map generation…

Map at the moment has a 100x100 resolution. Just how big each cell is, is another question. UE4 likes to keep things within 5x5km, so cells would be 50 Metres at max. Depending on how physics / vehicles etc behave at smaller sizes I may downsize everything to effectivly upsize the playable area. E.g. 1uu = 10cm makes map 50x50km & each cell 0.5 km. As I intend to add higher frequency map detail, this would be much better for me XD.

Map is generated in blueprint entirely and takes a few seconds to generate. In time I want to pull this into code so that it will hopefully get quicker, especially on lower spec machines. 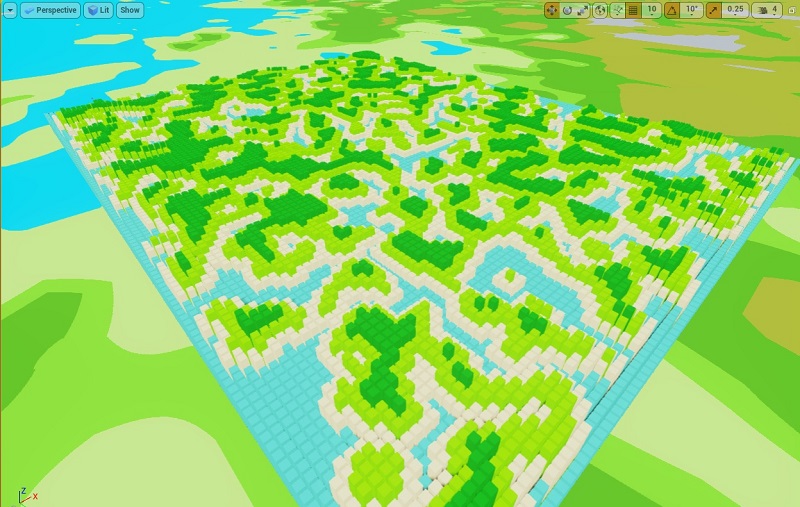 Cell distribution with debug shapes. This is totally unplayable, but i think its kinda neat. 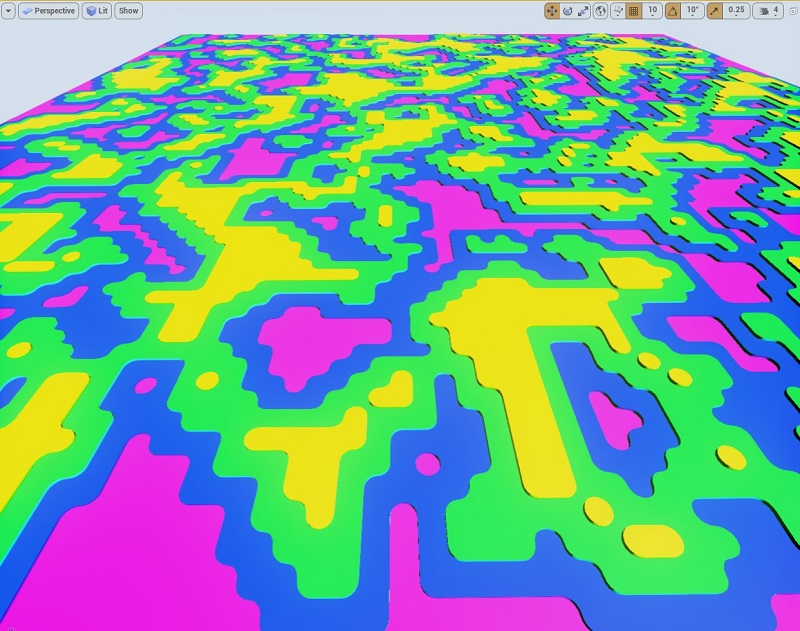 Proof of concept with seemless tiling meshes making up map. Colour is a bit off i think. 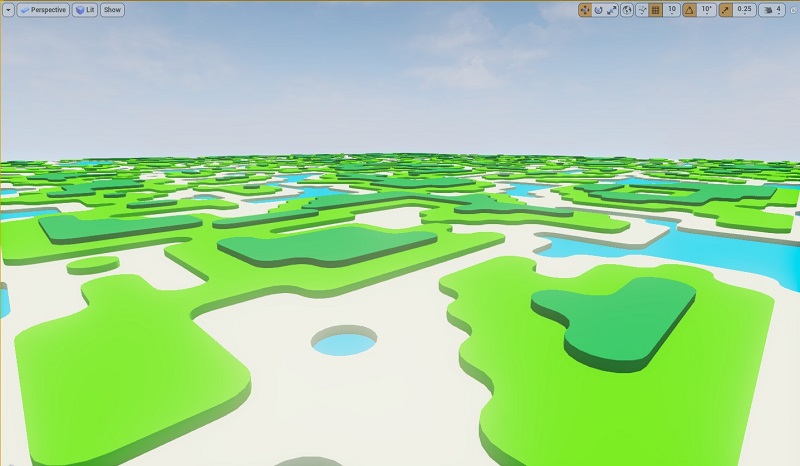 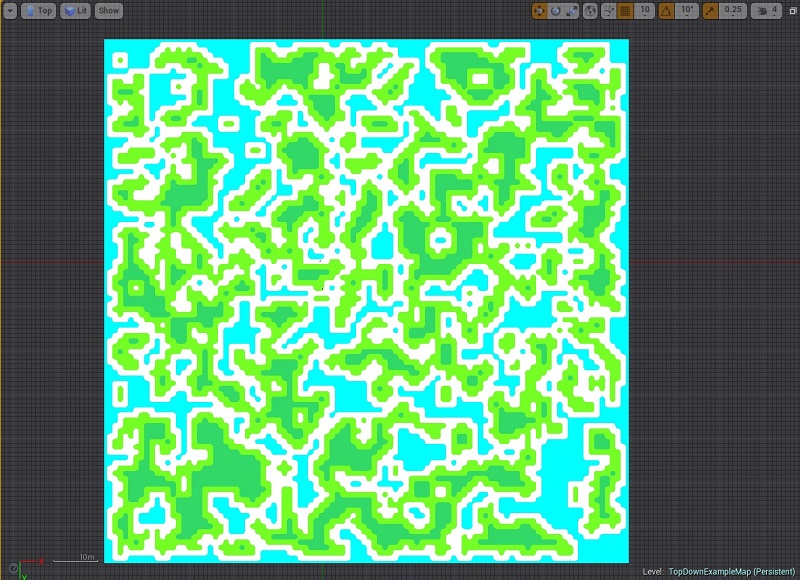 Top down zoomed out view

The colours in these are way to toony, but they give me a good idea of what is going on. Makes it super easy to see if anything has gone wrong.