I followed the documentation on the Maya rigging tools and am trying to get information about how to rig up weapons properly so that in the tools anim export I can also export weapon anim. The documentation doesn’t really cover this, just saying that you can actually do this but doesn’t really explain how. I’m guessing the weapon needs to be a separate asset referenced into the anim file and it’s root joint constrained to whichever character hand joint I’m using, but I guess the weapon needs to have a prop or weapon suffix for it’s animation to come up in the list of weapon anim to export in the export tool. Could someone please explain how to export weapon anim in a character anim file this will be very much appreciated. This is not an FPS so the weapon needs to be a different asset.

After you set up the rig on the weapon just export as an FBX. You must make sure in the options page after you select export that animations were checked to be included or rig. I use 3DS max myself but I think the menus on export would be somewhat the same.

Also as long as your models are separate you can simply save the file to a Maya file. Then delete an object export. Control Z or undo then remove the other object and export again. This is the easiest way I know of to have 2 or more models on their own file. Like I mentioned I do not use Maya I use Max so there may be a quicker way but should be fine for now.

Make sure to follow the UE 4 guidelines for the weapon rigs as well for things like the grip and muzzle flash.

Hope I help in anyway.

The problem is in the maya animation tools section where you have a character with an fbx weapon imported. T+In the export anim stage there is the option to export a weapon animation, but my weapon isn’t coming up and I’m guessing this has something to do with how it’s been named. I can do them easily enough separated, but being able to do them together would save quite a bit of time.

So if anyone knows how to get this going with the maya toolset, would be a huge help.

I’m having this trouble too, as daniel said the documentation doesn’t show how, just that it can. The dropdown doesn’t show my weapon mesh, that’s the main problem. How can we add a weapon to that dropdown and export it?

The documentation says: “In order for the weapon or prop to show in the drop down, they must be referenced into the scene or have a namespace.” Does anyone know how to do that?

Note: I could export the animations separately with just export fbx but wanted to use the Animation tools that epic provides because i believe is more organized and faster.

Edit: I created the namespace of the weapon and parented it with the root, added the bones, controles and weapon mesh to that namespace. It still doesn’t show the weapon in the dropdown. I also tried to parent the namespace to the Character namespace and didn’t work either.

Has anyone actually found a solution to this issue? I’m having the same problem now. Thanks!

Has anybody figured this out yet? I’m running into the same issue as well. Thanks!

Create a “Weapons” directory inside of your project “…\Maya_AnimationRiggingTools\MayaTools\General\ART\Projects\Sample\Weapons”
then place the weapon rig in there.
reference this file into your character animation scene and then it’s namespace will show up in the weapons drop down.

This still does not export he weapon ans a separate FBX for me though.

I found solution. It works! 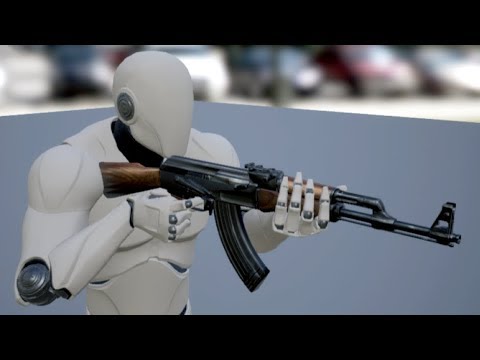