I just watched the Matrix demo, really impressive technology all around. I am curious about the Mass AI feature around the half way mark.

Summary of new things in UE5

Has there been any other information released on this particular feature? I have lots of questions but did not want to ask if official documentation had already been released and I am just not finding it

No documentation has been yet released. It’s early WIP, a lot of API changes on the 5.0 branch.
I only noticed it thanks to the habit of reading GitHub commits, that’s why I mentioned it on the wiki

Thanks @MothDoctor I figured as much. 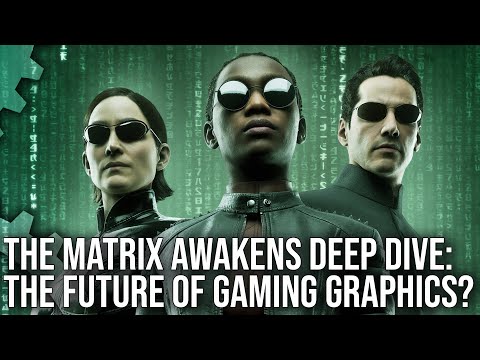 Saw a bit more discussion the last few months since I made that post, saw some folks trying to use the system in the UE Slackers discord.

Aside from that personally just continuing to monitor this exciting stuff, it seems to be very WIP (there was a big refactor of the code a while ago)

How many f ing hours must i search internet to find how to navigate the stupid f ing menu in Matrix Awakens Pc. Which solution is better- create ten forumpost about it or put the name of the stupid key on f ing screen along with rest of the controls?? Would that make some sense…

While it is a WIP, so is the Water plugin and Epic did multiple videos on it.
It’s just that AI is NOT a selling point right now.

Thanks for the info!!

I would like to know if the lane based navigation/steering/crowd stuff can be used at all with navmeshes. Or is it possible (and wise) to use the new lane based navigation in “organic” environments (think of forests and such) that aren’t streets like in the matrix demo?

For the wise part of the question, The Mass AI (including the lane system) system is based on the Mass system which is a form of data oriented design so in theory you should get a considerable performance increase for navigation. I have seen a few videos on youtube of people adding half a million pedestrians in the matrix demo and it seems to perform pretty good.

As for organic environments. Even in the Matrix demo the pedestrians still walk in almost perfectly straight lines but for games that is okay. I am thinking you will have to lay out the lane system in “Tight” grid like fashion but that could be a pain since most organic large environments use some procedural placement.

Organic environments will require some experimentation