not sure if anyones done this yet, I spent yesterday in a trance creating matcaps, I got to about 80.
and I just took a quick stab at implementing them in unreal engine, and got it working rather swiftly.

My question to you guys is; would any of you find an unreal matcap library useful? I’d be willing to compile a library, maybe with categorical folders and release it freely for you guys

with that intention in mind, I am creating a more robust master material, with parameters for brightness, detail normal texture, and will keep expanding.
I went from unlit back to lit, and the brightness determines the scenes lighting influence on the mat (emissive influence), it’s starting to look more useful already 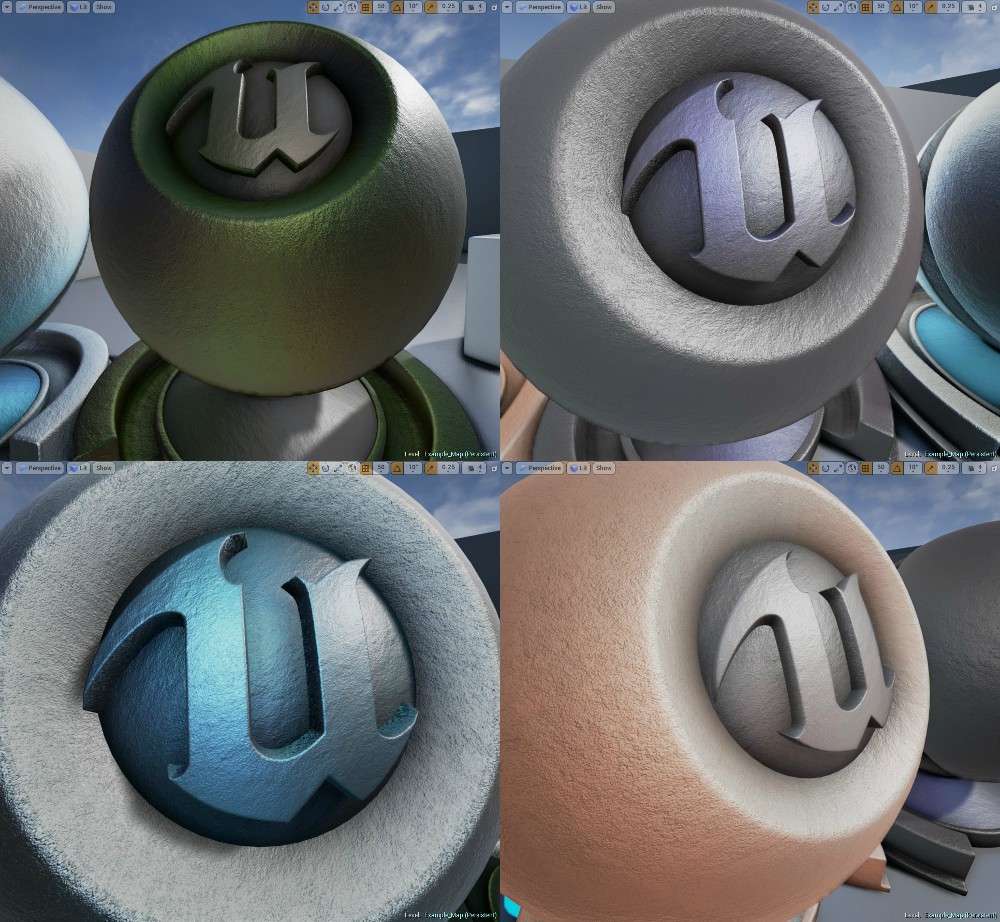 I just learned what matcaps are, and barely understand how you’d want to use them in a game, but this seems really cool

well this is a good example, really sexy cheap car paints, iridescence pearlecence etc without having a cluster f*** of material nodes

also good for prototyping and previewing what materials work best on a given asset, without having to go through the tedium of setting one up and refining them. also it’s a rather cheap method for doing some otherwise expensive or hard to nail surface effects 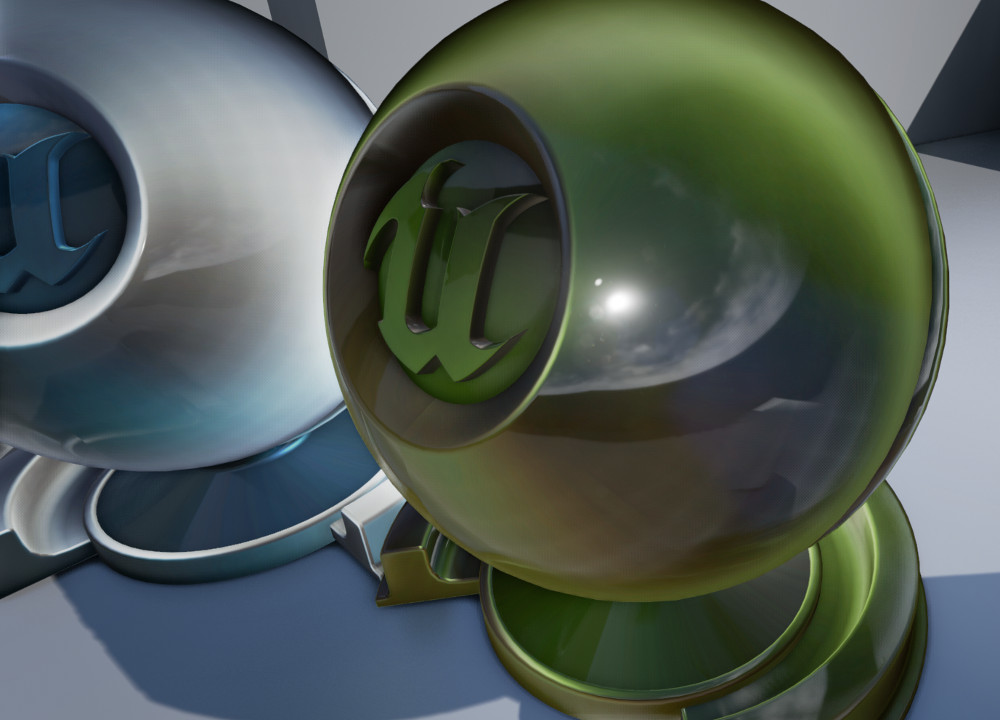 this could be useful, I often use blenders matcap to test the looks and the smoothing of my models, with this I could do the same in UE4, so +1:)

That is absolutely amazing!

well this is a good example, really sexy cheap car paints, iridescence pearlecence etc without having a cluster f*** of material nodes

also good for prototyping and previewing what materials work best on a given asset, without having to go through the tedium of setting one up and refining them. also it’s a rather cheap method for doing some otherwise expensive or hard to nail surface effects

Seems like it’d be useful for games with baked lighting, when you want a specific effect that isn’t easily made with materials.

Seems like it’d be useful for games with baked lighting, when you want a specific effect that isn’t easily made with materials.

yep, the limitation you need to keep in mind of course is the matcaps are static, and look more or less the same from every angle, however you can blend them with scene lighting as i have started doing, and it works quite convincingly, and works with baked or dynamic lights of course. so yeah working with that in mind, totally.

Also highlighting other benefits of matcaps, you can create shaders just by painting a 2D sphere

i did the bulk of mine by painting, Gaussian blur and masking

and you can rapidly create surface based shaders without messing around with dot products, special vector nodes, and the general extrapolation that involves, and just figuring out vector relationships and all that other technical wizardry…
So it facilitates a lower point of entry for fancy materials, something non-technical-artists/non-artists (and generally those who don’t want to spend a long time learning and refining materials) would appreciate I’m sure.

You can also create highly stylized shaders with ease and even blend multiple matcaps like so: 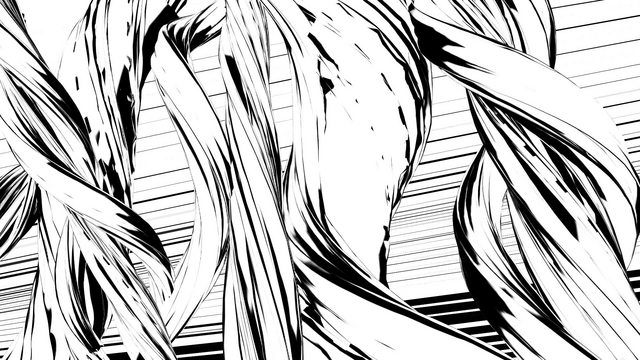 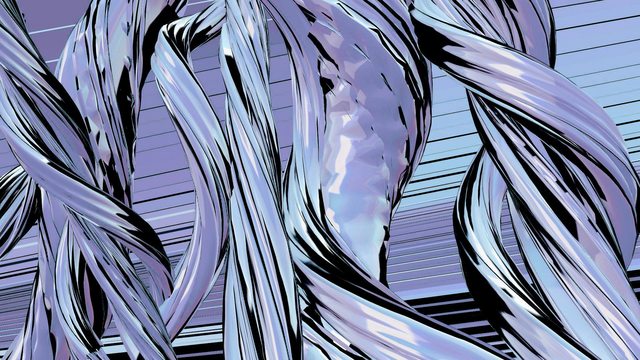 of course the surface detail needs to be there to support them.

I will create a few master materials, one of which being a 2 matcap blender 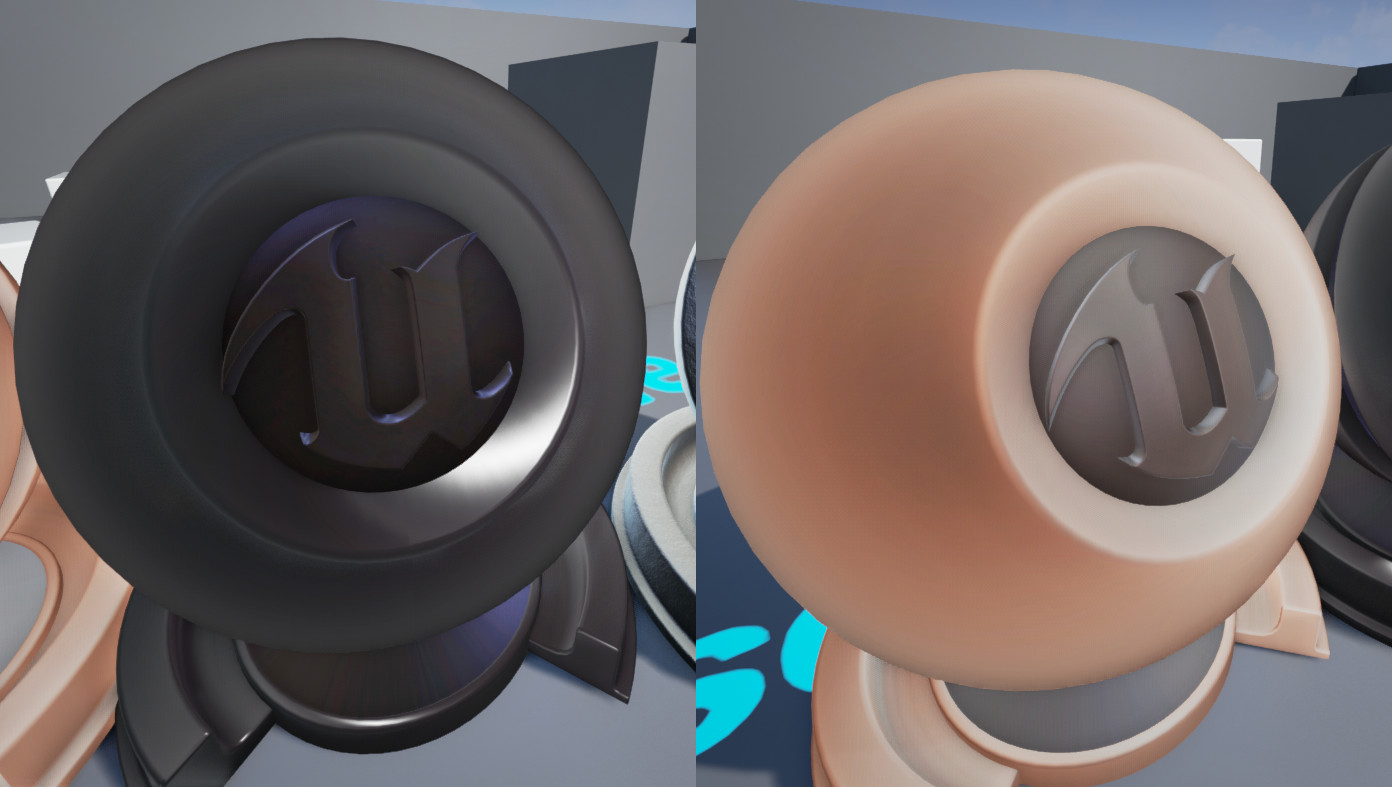 Really nice, that’s what I was hoping. Also, do love me some subsurface. Cheap subsurface is even better. 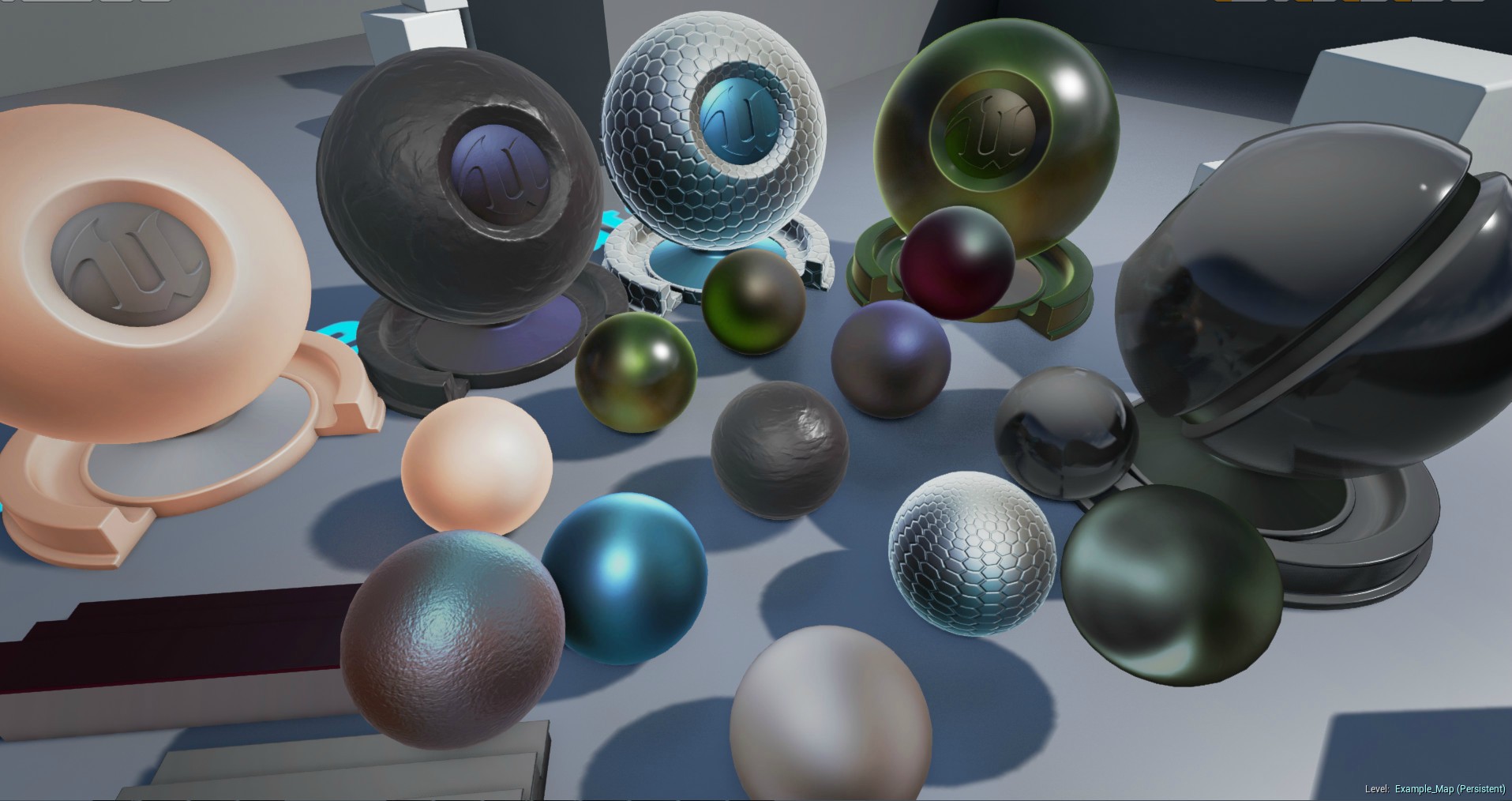 working on it some more, tightening up the material, found a great flatten normal node which I’m using to allow for a normal intensity parameter.

I think these will be highly useful in a stylized pipeline, if anyone has any nice multi material character or other models to do some testing on let me know

Ed// found a nice free model to do some testing on 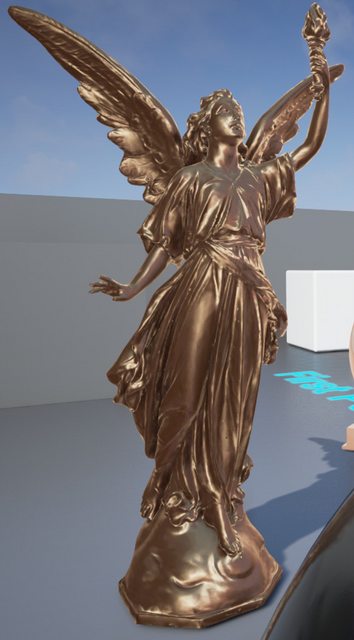 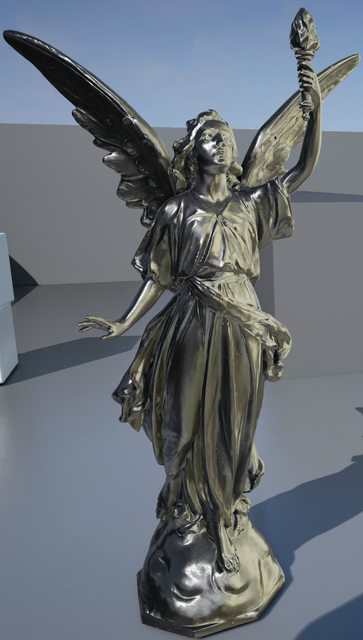 Pouring all my free time into this, and having fun!

I was having some difficulties getting the mapping correct, but I found the transformVector node to cast the tangent vectors into view, thanks to finding a nice UDK article on SEMs

so now i have 2 methods of mapping, view aligned reflection mapping VAR and spherical environment mapping SEM, and have been making robust VAR and SEM master matcap materials. I’ve added color tinting. And because color tinting is the baseColor and the matcaps themselves influence emission, you can effectively make it appear like light reactive subsurface, using the base color as the desired subsurface color, like this example 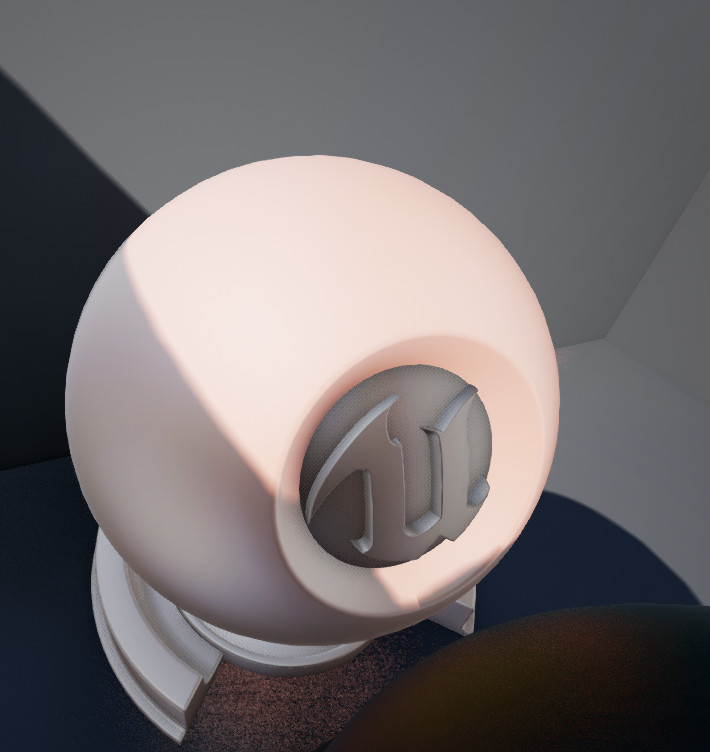 that removes the ability to utilize “glow” maps you ask? Kind of, however you could get your standard glowing emissive effects via seperate materials OR I can make another master material that supports glow maps within the same material by using a mask based system that blends with the matcap, using masks and having a glowPower parameter. I could theoretically include this feature in the master mats, with null parameters by default. Although i have a feeling a series of case-specific materials would be far more efficient than one bloated multi-case one

jumping into some explanatory rambling:
Both methods can be used for distinct rendering styles unto themselves.
-The VAR method is less static and really good for exotic materials like pearlescent paints metals and gloss materials, it has the distinct benefit of bending more to the view angle and reading more dynamically from different angles.
-The SEM method can be exclusively beneficial for it’s own list of applications, including cheap environmental lighting influence on dynamic actors, outlines, toon shaders and many other things. 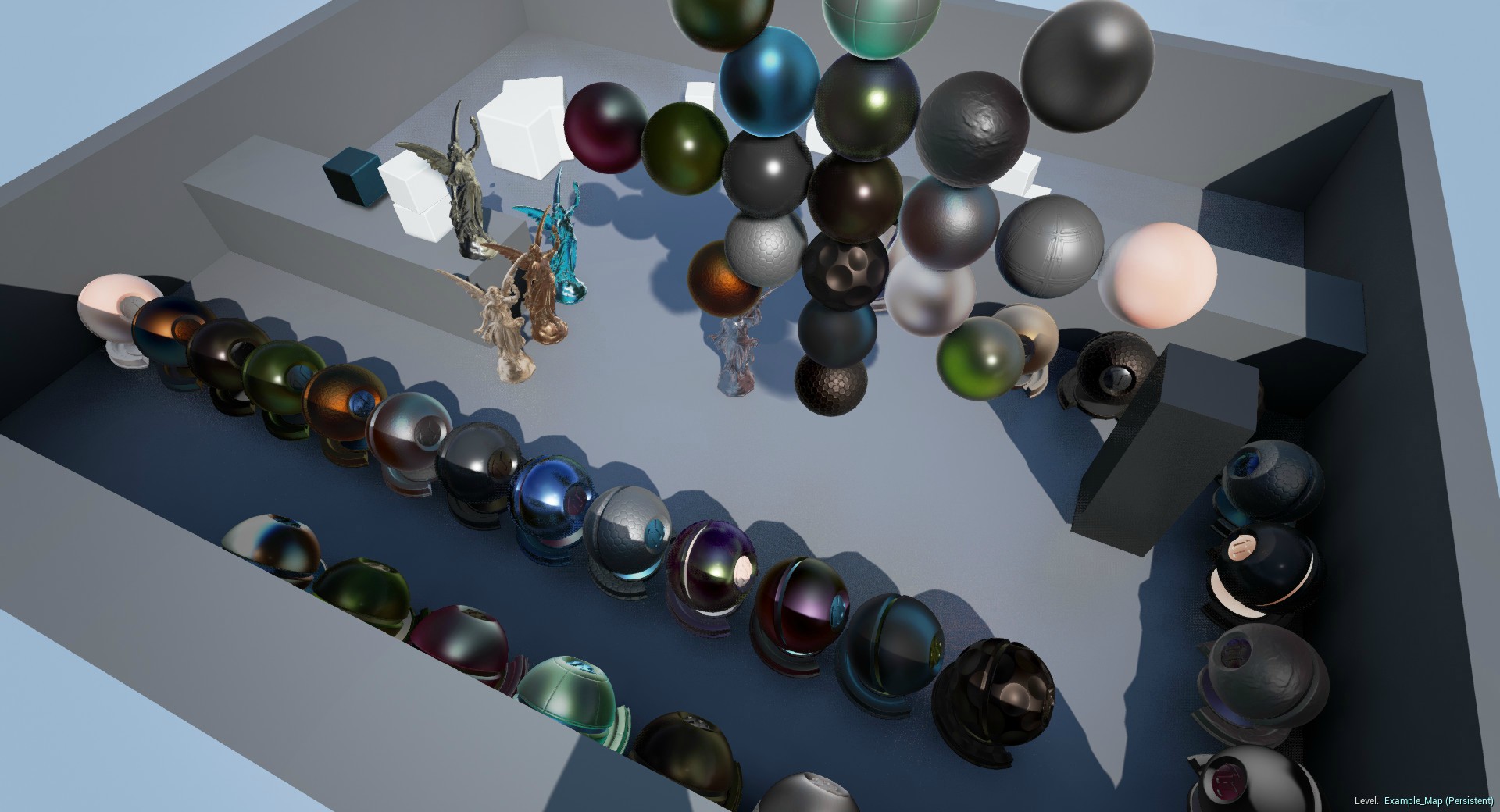 And these are justVAR so far! I’ll be concentrating on the SEM mat next.
there are so many exciting possibilities! Can’t wait to let it loose and see what you guys do with it, it shouldn’t be long before i have the first version ready. And… well… I will stay quiet about some really exciting developments that may (or may not

This looks fabulous. Is it based on sobel edge detection or is it something completely different?

This looks amazing. Didn’t even know this was possible in UE4. Keep it up!

This looks fabulous. Is it based on sobel edge detection or is it something completely different?

here just did an example for illustration, using SEM/matcap mapping. 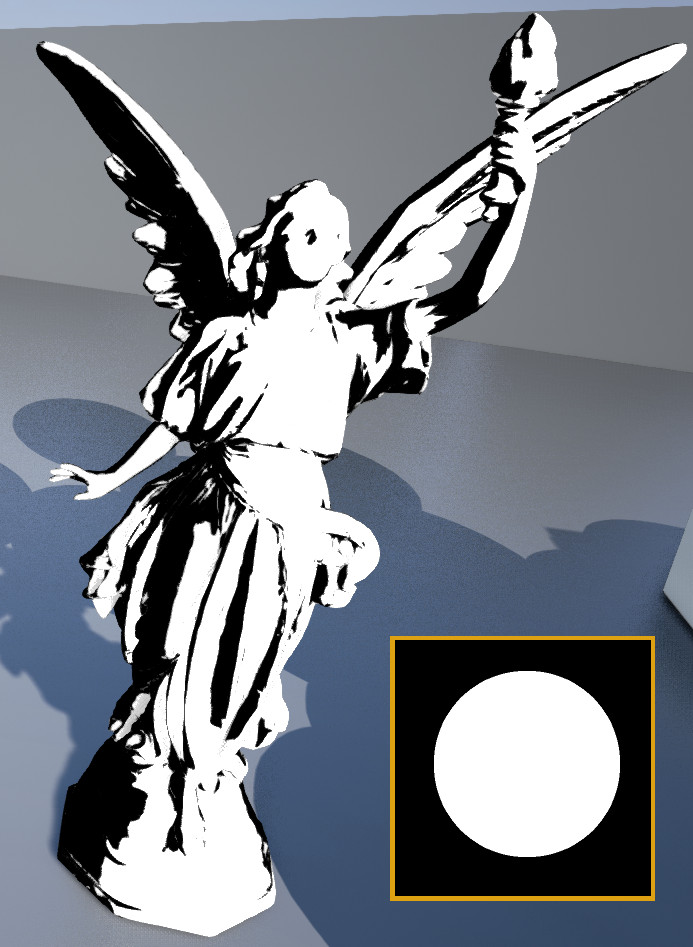 it uses surface normals, so this gets mapped to this, regardless of the mesh shape 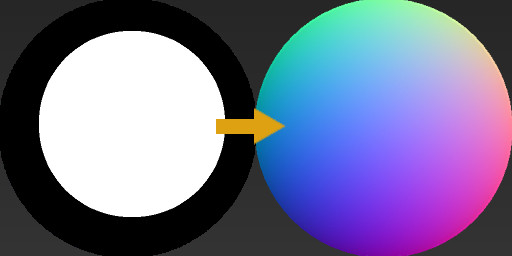 thanks Gigantoad, i very much intend to!

I see. Interesting approach, I will have to have a look at these matcaps

That would be awesome! I need more materials. Forgive my noobness, but are these just for roughing out a scene? or could/should you use them in production?

That would be awesome! I need more materials. Forgive my noobness, but are these just for roughing out a scene? or could/should you use them in production?

I am sure it will become very clear what they can be used for when it’s released, as I am planning to create content examples with specific usage cases

but very much capable of being used for production, in terms of roughing out they could be useful for look development too. but you could just use basic materials for that. it has use cases that defy what unreal can easily do, like magical effects, pearlescence, iridescence, and other uses I’ll try highlighting in my project

Here is a clear example of SEM compared to VAR 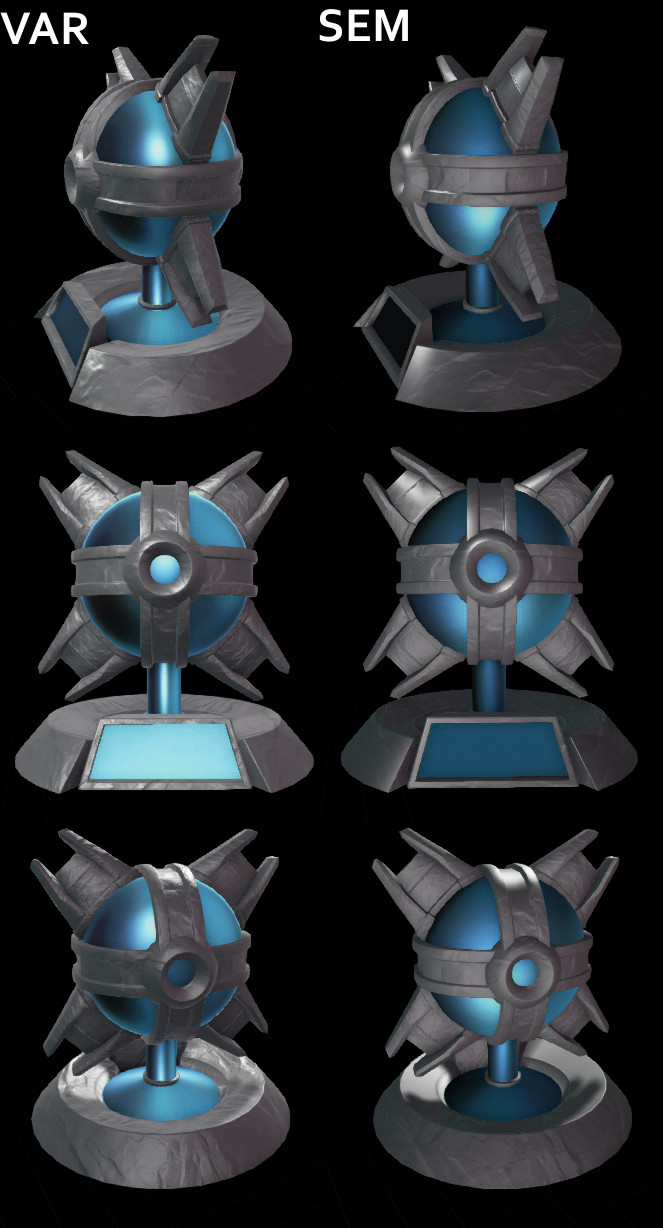 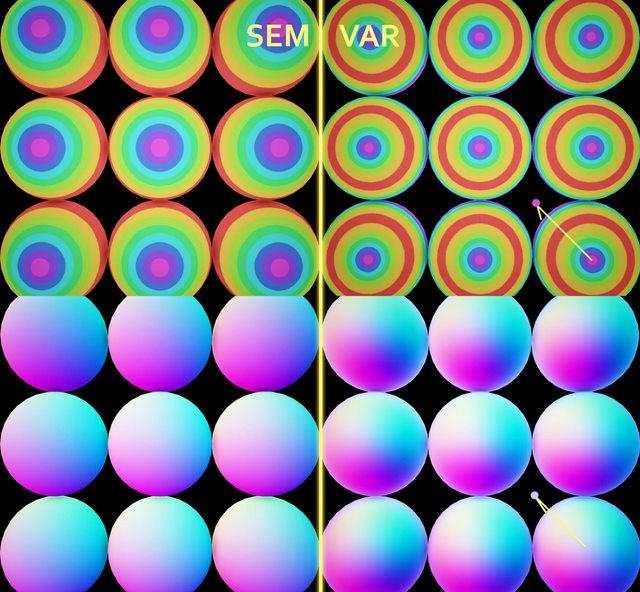 you’ll notice VAR wraps around once, as highlighted you can see the centre color on the backside when towards the screen’s edge. 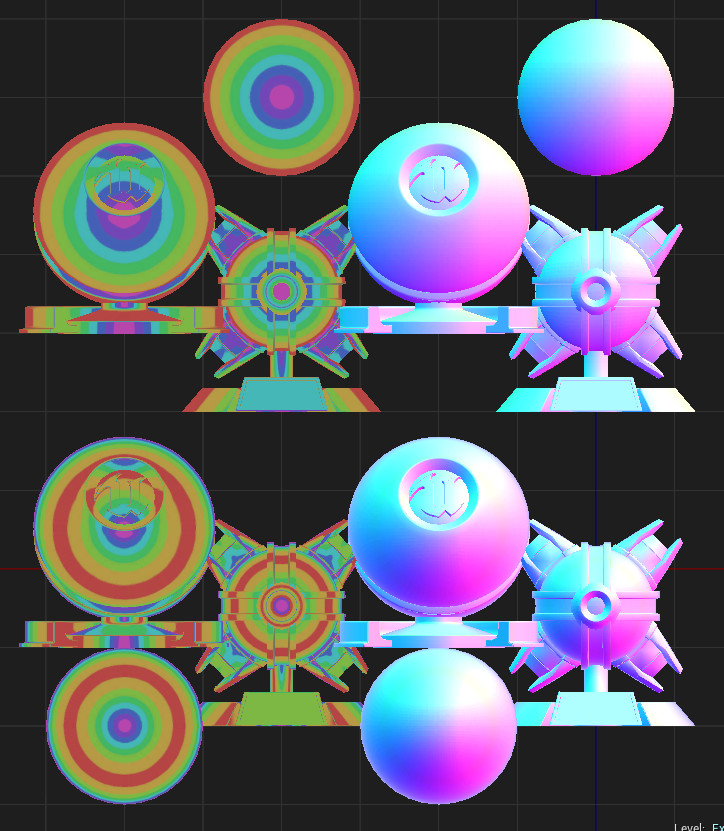 here’s a teaser, not organized yet 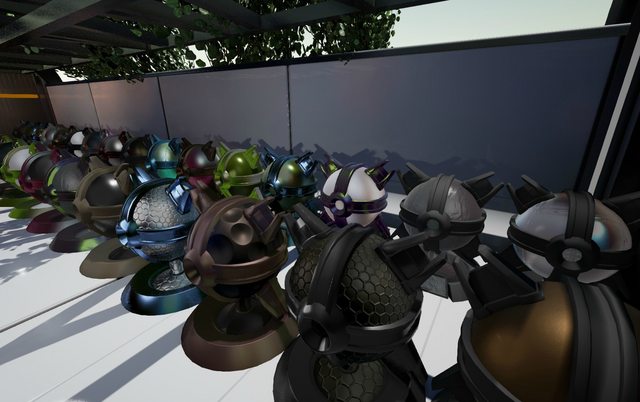 These look really great! I’d love to see them in action. Screenshots are fine, but you really need to see them from all angles to get a sense of what the different materials will actually look like.