Hi everyone.
So I’m working on this map… just wanted you to know

The map is still at the very beginning and it will be a long journey, since I’m working on my own.

The forgotten world is going to be an alternative to the island. Nothing fancy and no special themes. But this means it has to be large, too.
It will have 3 obilisks, caves and different bioms. But there will be some differences regarding resources and spawn-regions for species (I’ll talk about this another time).

Okay, let’s give you some pictures:
As you can see, there is a lot to do… 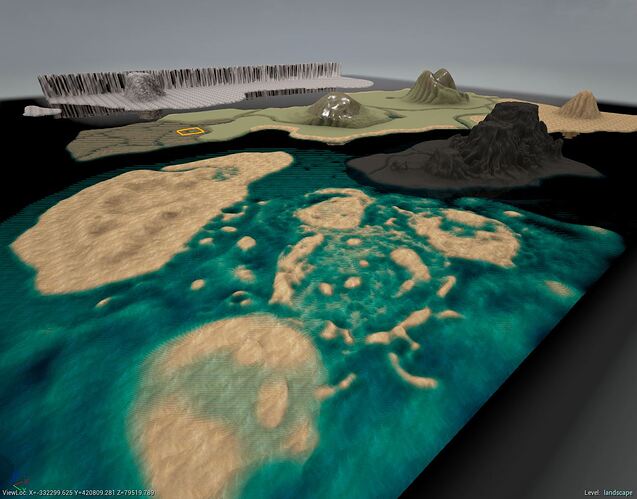 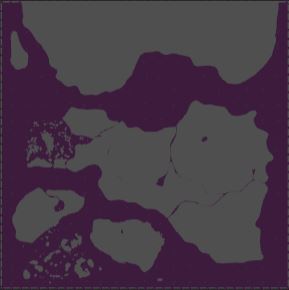 The southern islands are - surprise - hot.
On the upper left side is a large island. There will be a jungle.
On the lower left side are several small islands (there is more water than there is on this view. look at the overview).
On the right side you can the the volcano island. Yes, there are four valcanos. Pretty nasty island. It’s going to be very hot, with some lava as well. But there will be metal, too.

The main island is quite large. First the west:
On the far left side is the swamp.
On the right side a mountain. 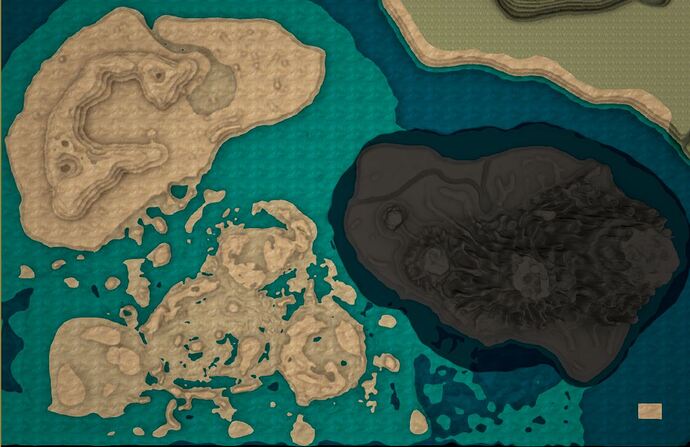 Now the east (or yeast

).
On the upper side is a very high mountain (the tip is in the clouds). There is going to be a river running down the mountain. The area around the mountain will be covered in rocks (but still be inhabitable of course).
On the lower side is a desert. Not much fun to live there :). The thing looking like a mountain is a placeholder for the red obilisk. 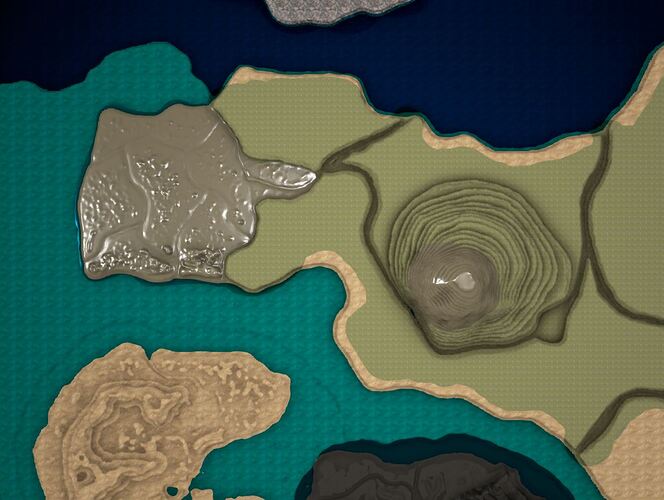 Now the last part: the north.
On the island the north is quite small. On my map it’s… well, look for yourself.
I haven’t started shaping it yet, but on the left side will be a glacier, in the middle will be a frozen lake and on the right side the blue obilisk. 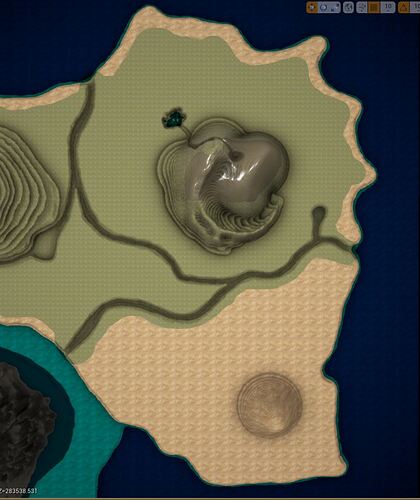 I hope you like my idea.
What do you think?
I will keep you up to date, so you can see what I’m doing and I hope to get some feedback and ideas.
Any questions?

How big of a landscape are you using?

I have no idea where to look it up, but I was using your tutorial (I’m new to UE4).

Yes that a good size for a first map, I would not advice going any bigger for your first map, Something you need to remember and keep in focus… You will lose track of the scale of things, so play test in PIE alot (right click and play test) you will think that something is smaller then what it actually is, so find a rock asset, place it and play test and see how your character is size wise compared then use that stone asset as a measurement from now on, it will help you assess the size of things without play testing later on

Thanks for your advise. I was quite shocked the first time I tested it :D. I need to find a good way to make the map feel right and yet make it as realistic as possible (I mean, in rl you can’t climb a mountain in a few minutes ^^).

Any thoughts on my clean separation of bioms? Should I mix them up more?

I use Cliffs mostly, that gives you a small area to focus on when it comes to transition

I didn’t mean the transition between bioms. What I meant was that currently I have very few but large bioms. What’s your opinion on that? Should I make more, smaller bioms?

A small update:
You can see what will be the “seafarers cliffs”. In the background the highlands.

Ah i see, It all depends on the map, If it looks natural then its the right side

Okay, let’s give you an update on my work.

The desert became a bit smaller and now has an oasis. In the middle of the oasis will be the red obilisk.

The highlands got a new hill, split in two, with a river running through it. 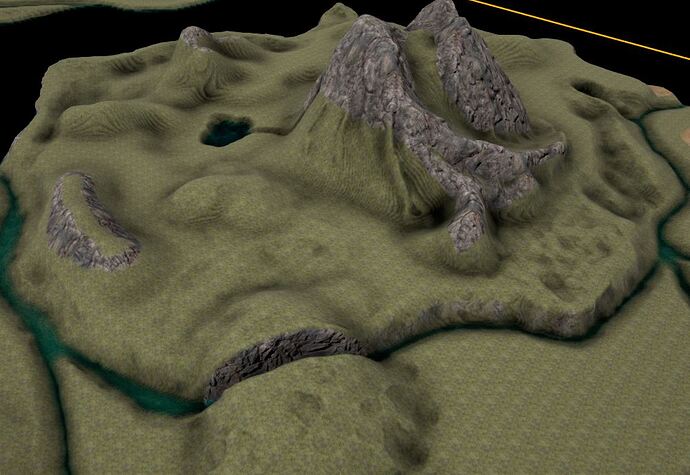 The north now has mountains, which are connected. That’s why they are called “road of the gods”.
A river is running through the north.
On the right side will be the blue obilisk. In the middle of that… thing…
The north will be covered in snow. The river will be frozen, but not entirely. One has to get sth to drink, right?

The next step will be rivers and waterfalls. Followed by rocks and foliage (I already started with this, but am still learning).

I’m not sure yet where to put the green obilisk. Any ideas?

If you are looking for some feedback here it comes: You might want to look into WorldMachine. Your mountains look quite artifical. No human being can sculpt mountains like mother nature can. But algorithms can do that aswell.

Nah it is possible but it will take a lot of time, This is something I am struggeling to even get right for my map, but due to the size of the map it self the mountains doesnt really stick out unless your far away and then it looks good anyways