I’d like to show everyone my current progress on my map, Azeronia! I’ve been working on this for 6-12 hours per day. I’ve really enjoyed the process of learning UE4 and about modding in general. It’s my first dive into map design and development - this being a creative outlet for me as much as it’s a project for a game that I absolutely adore. I’d love to get some feedback from everyone and I hope to provide the best map I could possibly make through this avenue. I’m usually very nervous about presenting anything like this, though the dev kit has given me enough to use that I could create something that I was really proud of. It’s a project that I hope to continue for the months ahead; expanding, creating custom content, and getting to know the community as it is now! I’ve put more hours into this game than I have with Skyrim at launch, and that’s saying something! So here are the pictures of my current progress. Some of them are outdated, but I hope you like it as it slowly comes together. I’d like to note that this is no where near complete as I want to add so much around the map so that you can have hours of gameplay discovering what I’ve hidden within, so it might take a few more weeks before the first release is out (I’m going to attempt to work on it every day for a multitude of hours, so it may come out even sooner than that 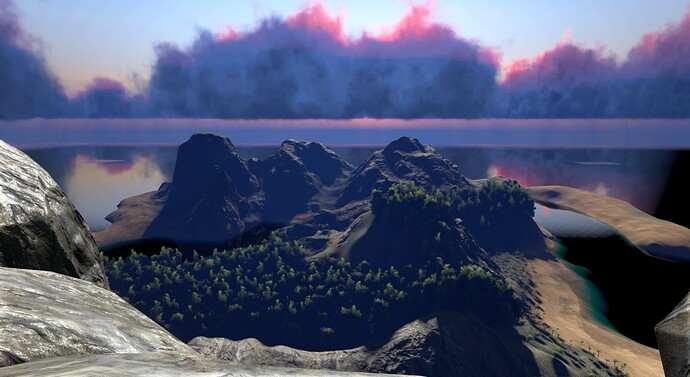 All the best,
Drake

Thank you so much, Drake! It’s wonderful to hear that from a developer. It means a lot! Also, thank you for creating such a fantastic game and having such an awesome team.

This is looking awesome Star

Have you considered adding new assets into the map since its a map of your own? I personally would love to see some structures or some new assets put in

Looks amazing, but man that is going to be really treacherous on foot. I hope there will be lots of tameable flyers

This is looking awesome Star

Have you considered adding new assets into the map since its a map of your own? I personally would love to see some structures or some new assets put in

Thank you! I have actually thought about adding additional assets in the future! I’m going to have to learn quite a bit more of additional material before I start integrating it. Though I have a huge list of things I want to do after the first release. I even plan on extending the landscape between multiple islands that you can travel to seamlessly beyond the current map Azeronia has now

Looks amazing, but man that is going to be really treacherous on foot. I hope there will be lots of tameable flyers

I really appreciate that! I plan on adding a lot of flyer spawns simply because of how mountainous the terrain is currently. It’s a bit of a challenge to get to certain areas because of the way the map is designed, but I did add a lot of hidden pathways that allow people to move through the map without a flyer initially. Mind you, the flyer will make things muuuch more efficient, but initially I wanted to make it feel like there was that sort of progression within the map. I’m hoping to give people the feeling of how open the map becomes once you finally reach the point of taming one!

Sorry for being a bit silent for the past few days. I’ve had a few things going on, but I’ve gotten really close to refining my map to the point of an Alpha release. It’ll be coming up soon and I’m really nervous about it, I want to provide everyone with the best content that I can possibly offer. Every single detail on the map is very carefully designed. The entire set of foliage on the island is hand painted with care for detail, though that also comes with a few drawbacks. Even though I try to ensure that everything is well placed and looks as natural as possible, there may be some foliage that might be poking through rocks or just plain awkward in where it’s sitting. These WILL be addressed as I receive feedback on the map during its release.

I do also want to note that the island isn’t as large as other maps. It’s around 37Km. The reason for this is that I wanted to start small in order to address every single location on the map to add as much detail as possible with my constraint on time due to my university taking up most of it. Now, I want to let everyone know that this is only the FIRST island. Azeronia isn’t just going to be one island. It’s going to expand month after month. More islands will be added with just as much detail and effort placed into them. Azeronia is one of my most beloved projects, and while I can’t spend as much time as I want to due to the jobs that I take in order to pay rent and schoolwork, I will continually provide content as time goes on.

I should also reiterate on the fact that this is the first mod I’ve ever made, and first map that I ever made. I’ve always been interested in it, and I’ve always had the desire to design something for a massive community like ARK. I’ve come to realize that it’s a bit of a passion of mine, and now a hobby.

So, once Azeronia is released, expect more and more content to be added to it once I work with those that play it to find every possible flaw that I can so that I may fix them.

Thanks for bearing with me as I develop this! I know it’s taking a ton of time, but I hope it’ll all be worth it. Here are some screenshots of what I’ve been working on in the mean time: 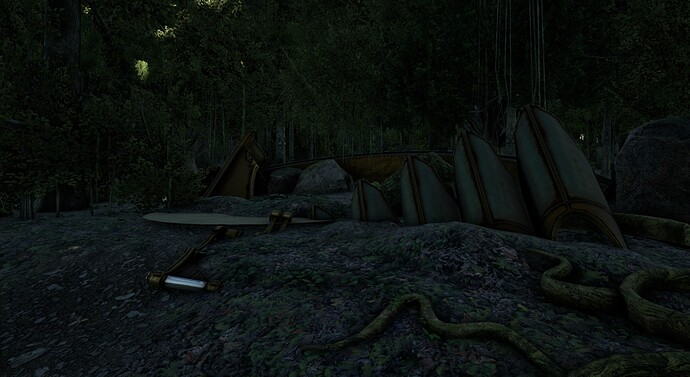 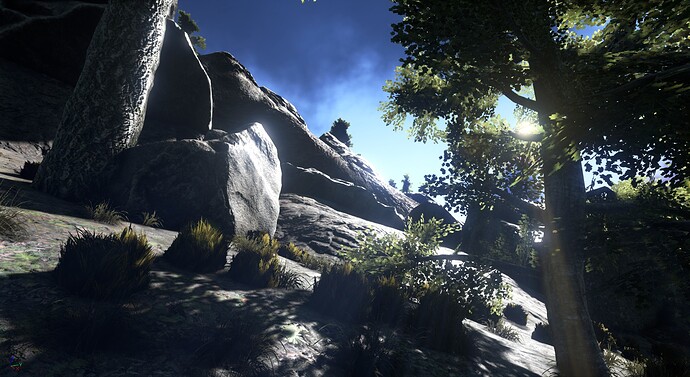 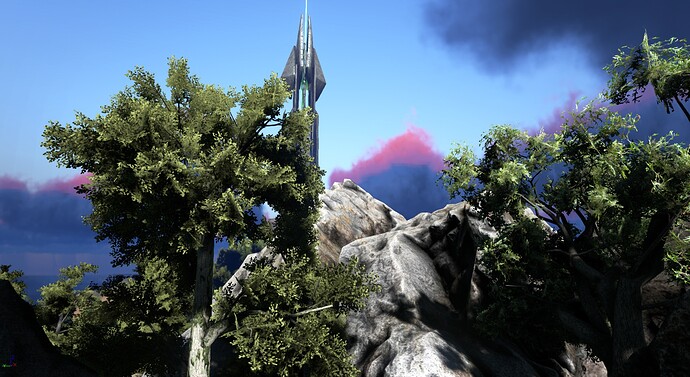 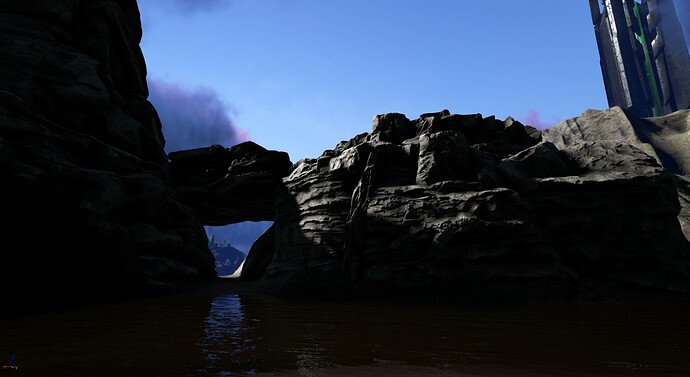 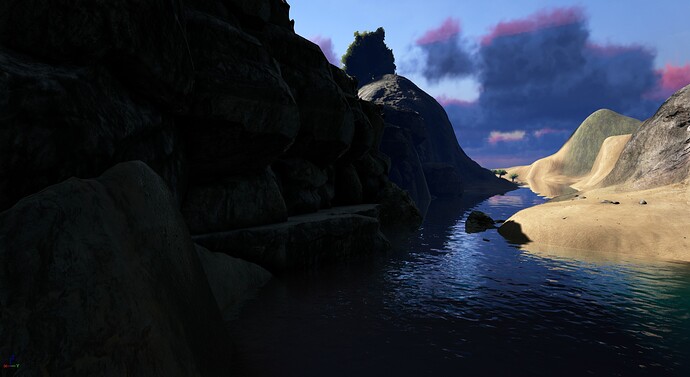 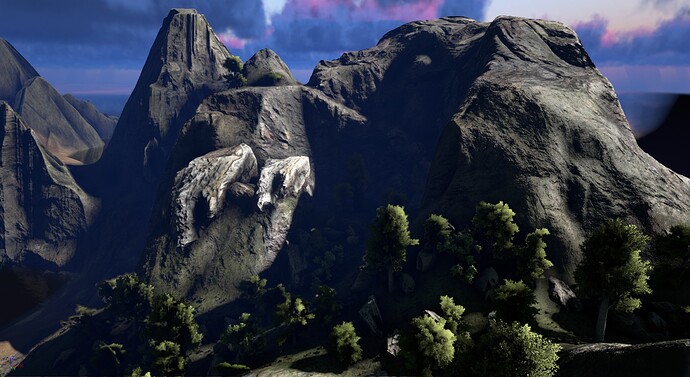 Some areas aren’t fully finished yet, but they should be in the next few days! I hope you enjoy these for now, and I look forward to providing another update soon!

Really nice to see a bunch of other maps starting to come up now that the modding community has grown. The rubble area looks great!

Yea, these maps are amazing!!!

I sooo sorry for the lack of updates on Azeronia. Recently, I’ve been fighting back against my university for installing their filtered wireless in my apartment without my consent and ridding me of my current provider. It has delayed the project a TON. Azeronia isn’t dead, and I’m going to get back to working on it ASAP. This map is my passion and I absolutely want to share it with all of you when it’s functional to the point of the alpha release <3

Man, I need to get my butt in gear on this! For a while, however, I’ve bumped into a bit of a conundrum that I can’t seem to rectify. Perhaps someone here can enlighten me on a potential fix for this: 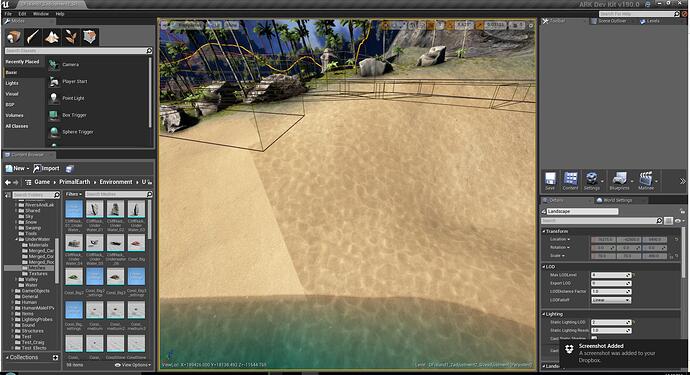 Otherwise, I think I’m going to start up again. I’ve made enough progress to nearly push it to its alpha release and I want to get to that point so I can receive some feedback on what I need to work on more. It’s an ambitious project, and while the island itself is not that large presently, this is only one of four that I will be interconnecting. Azeronia is not the name of the island, but a collective of islands. It has its own lore to be revealed as you explore and I want to bring that to the point of realization.

So, again, if you have any suggestions on how to fix that silly bug in the image, I’d totally appreciate it <3

I see you are on v190 of the devkit, have you tried updating via the Epic launcher?

I see you are on v190 of the devkit, have you tried updating via the Epic launcher?

Ah, right, updates! I should probably do that first and foremost. I haven’t picked it back up again since I’ve had the issues pop up, so I didn’t even know there was a new version out. I’ll give it a shot

So, I’m kind of new to this site. Is there a way I can download this? and is it available on Xbox?