After a week, here’s one last hopeless bump. If I ever figure this out, I’ll post my solution to the hub, here.

In my game, I have a basic map with roads and places one can stop by. What I’ve set up is a camera looking down at the map (simply a material on a plane) with actors as the aforementioned ‘places’. It’s easy to have a character move to each place when I click on it, but the problem is, I want the character to follow along on the roads. See this illustration: 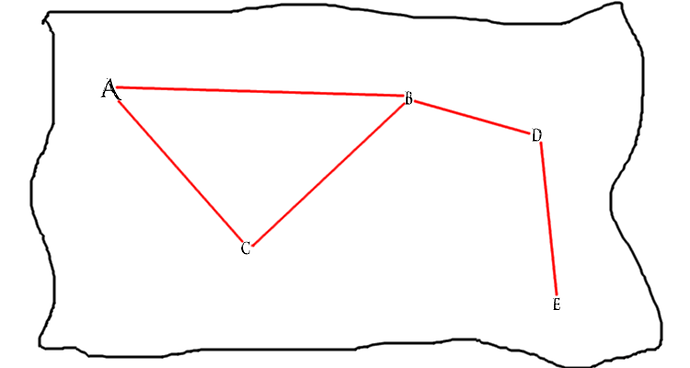 I’ve used target points on multiple occasions, and I’ve yet to see about using a spline—however I’m not sure that a spline is going to the trick, here. I want the AI character to move across the red roads as shown above and stop when they get to the point that I click on (these points being the letters).

What is the best way I can go about doing this? If more explanation is needed, just see the “Puzzle Quest: Challenge of the Warlords” map or the “Final Fantasy Tactics Advanced” map, because they’re the same systems, really.

Bumping this, as I’m noticing that the hair I’m pulling out of my head gets grayer and grayer as I attempt to figure this out.

While I’m at it, I suppose I’ll also be specific on this bit, too; I’m going to want the player to find the shortest path needed to get to the clicked destination. So for example, if I were on point E and clicked on point C, it wouldn’t go E-D-B-A-C, but rather E-D-B-C.

Test TopDown Template for such functionality