What is the best way to go about making an animated portrait for my HUD (for many different characters)? Should I record video to playback later–or somehow record the character in realtime in the game and transmit that to the hud…?

if you are making a 3d game, and you want fluid animations in your portraits, you may want to record the character with a SceneCapture2D component, which renders to a texture in real time, which can be used by a widget brush to display content recorded in another room.

or if you want a more anime look, with minimalistic animation poses, you should use a sprite sheet. you can have each expression as a separate sprite, or you can separate the expressions into separate parts for eyes/mouth/background.

here’s an example of splitting portraits into smaller parts: 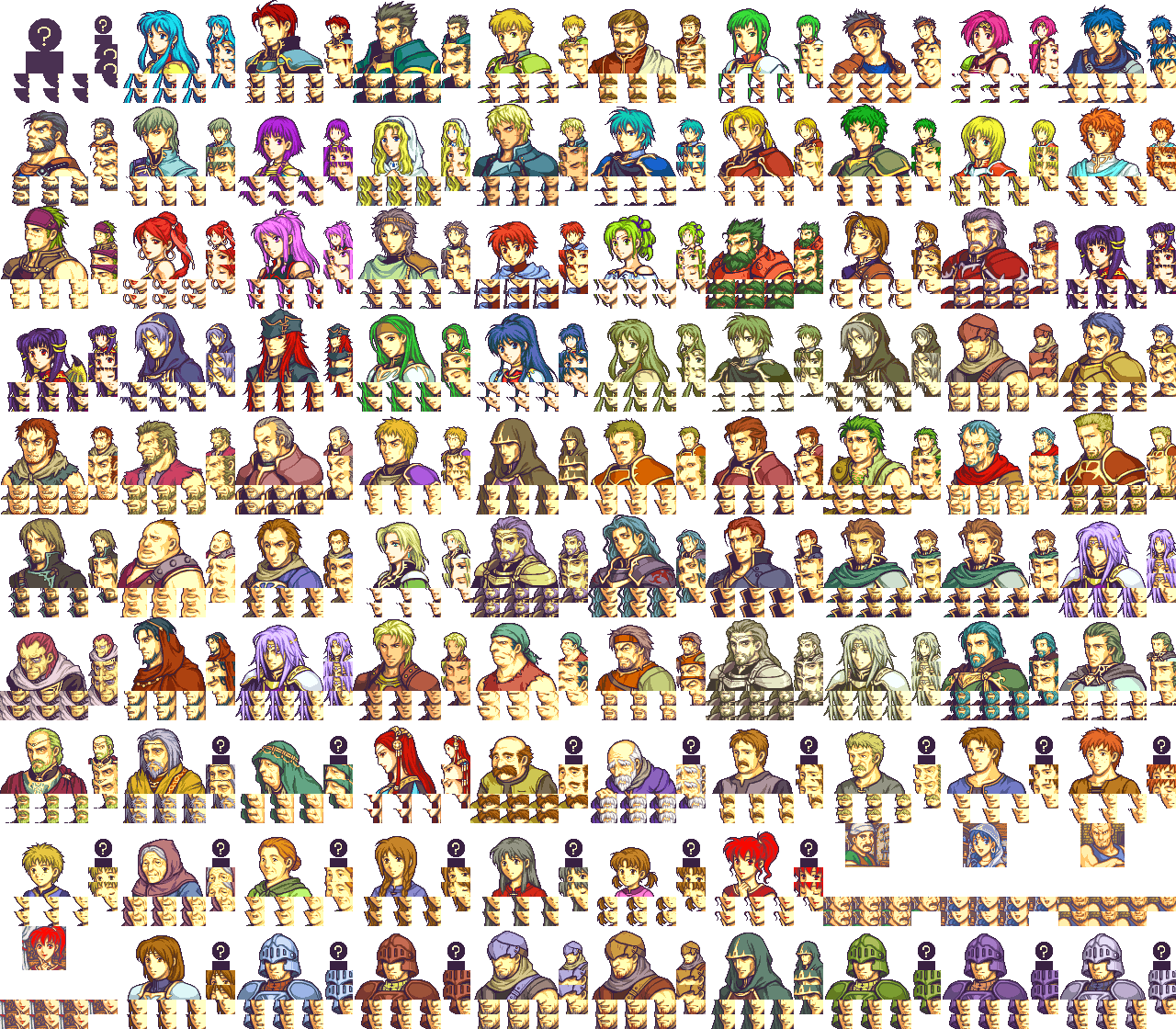 How about use material with Flipbook node?

You can draw material on HUD instead of texture, and this material could be animated. 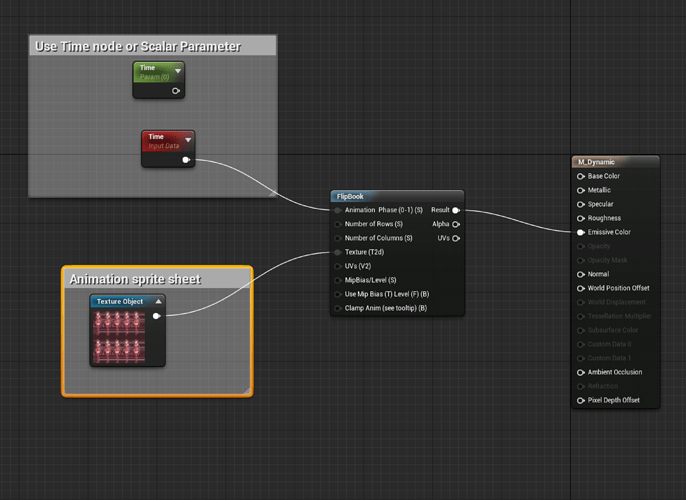 If you use Scalar parameter, you can control the time via blueprint (maybe use a timer)

I’ll have to mess around with that…I haven’t use flipbooks before; thank you!

Cool, I used the SceneCapture2D setup to make a minimap in my game, i’ll work on making a similar setup for the character portrait; thank you!