Making a 2d Platformer that combines both Kirby and Ms. Splosion Man

[FONT=comic sans ms]I am working on a 2d platforming game by myself using Unreal Engine (Of course I’m using unreal, why else would I be posting on this forum for the first time -3-).

I have a pretty small concept that is slowly growing as I make progress. You play as a cute little star, its bouncy and squishy and comes with a variety of attacks(spinning, shooting star dash, laser bubble beam, etc…). The story is that there’s this one Planet which is half Dreamland and the other is half Nightmare land. These sides are separated by two doors however, a certain villain manages to open these doors, which cause the creatures of Nightmare land to escape try to take over Dreamland.(more to be added on soon). I plan to engage the player with the cute characters and gameplay. So far I have a few sprites I made (Surprised I am good with pixel art, only learned it a few days ago and getting better each time I make something). I believe this project would be a great start to actually making a game and finishing it.(hopefully I can avoid making it too similar to Starfy -_-).

On that note here are some screen shots!!! 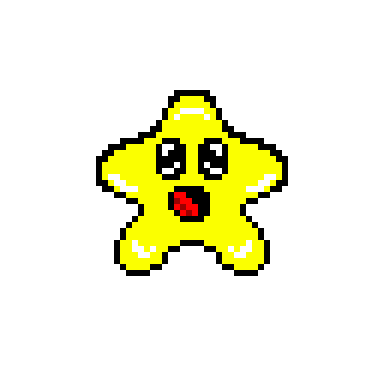 Cute update
Made the star shorter, some eye and mouth changes and smoothed out the edges kind of? 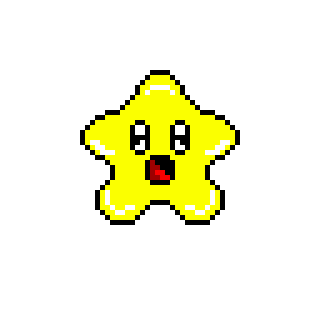 Added an angry face and projectiles 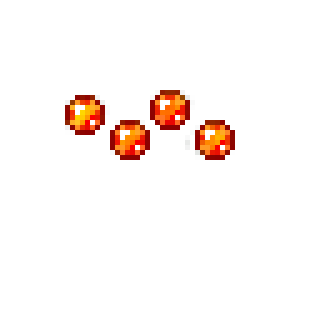 [FONT=Lucida Sans Unicode]A cute planet split into two sides. Dreamland, the side that’s energetic, filled with passionate, cute creatures. Then Nightmareland, an area built on anger and regret, with terrifying monsters looking to cause damage and prey on innocent Dreamlanders. Separating these sides are two doors, representing the sun and the moon. An unknown entity frees the locks that keep them shut, and for the purpose of feeding their endless hunger, the creatures of Nightmareland strive to invade. Taking over their colorful, vibrant counterpart. As a Star, you must uncover the source of the chaos. Gathering an assortment of dream crystals along the way, that give you limited powers to defeat the Nightmarelanders, and bring peace back to the opposing sides.