So I have this script which makes the character rotate with the camera, how would I make the character slowly rotate to the cameras position instead of rotating with it immediately? For example if I moved the camera to the right the character would slowly move to the right. I only started scripting with blueprint a few days ago so if you also included examples and helped me make it then it would be really really helpful, thank you! 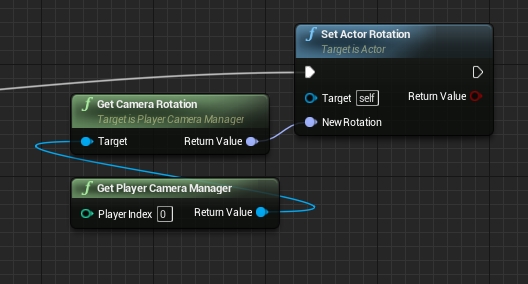 I know it’s a long shot, but did you ever happen to figure this out?