Hi!
So I’ve been working on a map where you can move a first person character and the blueprint part is a bit dense for me (I’m an artist) so I’ve tried many tutorials and it worked. When I press Shift the character runs, and when I stop it goes back to its initial speed.
But I want to add more features, like footsteps, camera shake and stop runspeed when jumping.

I’ve tried the footsteps part, I took a sample on the internet and put a “Play Sound 2D”, now when I press shift it starts playing.
BUT : * The sound does not stop when I release Shift

For the camera shake, I’ve already created a camera shake blueprint. It works pretty well.
BUT : * The oscillation duration is only working if I put a number on it. Like “oscillate for 10 sec”, and I want it to shake only when I’m pushing Shift and running forward.

Now When I’m jumping, I want the run speed to stop.

Can you help me guys please ?

Is the animation of the arms speeding up as well. One could put a sound queue in the animation for when the step would occur to play.

Same goes for a notify to use camera shake event.

I believe there’s a tutorial with adding footsteps in a 3rd person game which could be applied to a fps just you don’t have the same visual queues in the animation to know where the sounds would go. 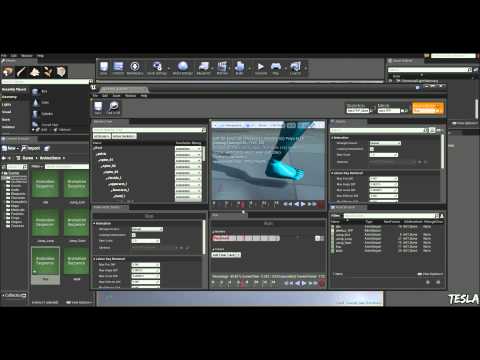 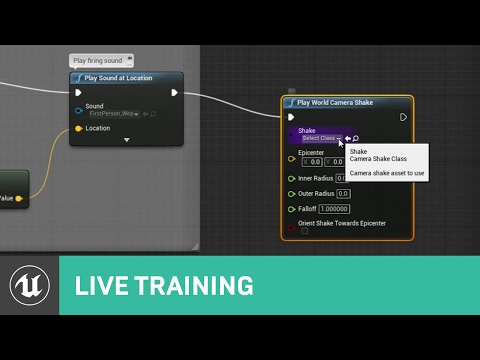 Cept modify the shake do its not so harsh and gave it play on the notify in animation.

Well thank you but the first tutorial is about third person footsteps and it implies a big part where the footsteps are synced with the animation, I’m on first person I don’t have any character animation.

And the camera shake tutorial doesn’t answer my problem which was to make the shake when I’m running and stop once the character stops sprinting. For now I just can put an ‘oscillation timer’ who will stop automatically after a certain time.

You have a fps mesh I take it? You could apply the sway in animation and sync sounds to the animation the same way sway left footstep sway right foot step. The speed of the animation linked to the velocity of the character.