I’m trying to get values or calculate an equalivalent type value to determine which direction (compass degrees) the user is facing and holding their device towards, so I can orient the game world along their relevant axis.

It seems like this would be fairly simple to do based of the readings from the iphone magenetometer or compass heading, but I can’t seem to find any documentation about accessing or calling those features in UE.

Does anyone have any tips for where to begin approaching this? I figure the answer will stretch beyond blueprints, but I’m curious how involved this could become?

Thanks for the help in advance

Bump, I’m also looking for a way to find the true north

can someone tell me why are there almost no valuable Information about this topic? It seems like nobody can answer this question. I searched for hours and nowhere I can find some answer leading in a possible direction. But I found some links which are interesting, although I´m sure that anybody who wants to know how we can access the Compass will get to this sooner or later. It´s kind of sobering.

Medium article about a compass app: How To Build a Compass App in Swift | by Federico Zanetello | Swiftly Swift | Medium
(But I don´t know how to get access to Swift from Unreal )

How would be the common workflow to execute SwiftCode in Unreal C++?

Although a bit late, but just for Completeness,

I found the solution some time ago by ReImplementing the LocationServices - Plugin written by Epic and extended it with the appropriate Objective-C - Code.

I didn´t know how Objective-C works before: here is a good way to start:

and for LocationService in common here:

How To Build a Compass App in Swift

⭐️⭐️⭐️⭐️⭐ Hi! This post has moved to a new blog! Come over to fivestars.blog for the latest articles! ⭐️⭐️⭐️⭐️⭐

Getting the Heading and Course of a Device

Describes the use of location and map services. 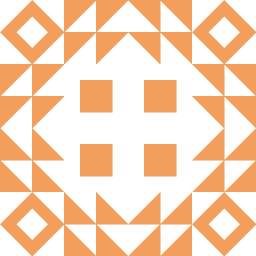 Why does my heading not change using Core Location?

I came back to ask this same question from nearly 3 years later and was so thankful to see your reply. The ue4 community is the best!! this solution works 100%, appreciate it!