Edit: I went through some of the links and it appears the GT 9600M is not supported. The topic switched to a different GPU and OS so it was hard to draw an exact conclustion. it would be nice if someone from Unreal could verify the following:

What following mac notebooks currently in the Apple Store can run Unreal Engine on Mac OS AND on Windows Bootcamp. I am differentiating between the two because the drivers for the respective OS’ are different.

I apologize if this a duplicate post but the other link does not specify a Mobile GPU for a Mac Notebook. My problem
occurs with the following specs

Please correctly specify the minimum requirements for a Mac Notebook using the appropriate notation for the MOBILE VERSION .

I need to know what mobile graphics cards you will support? 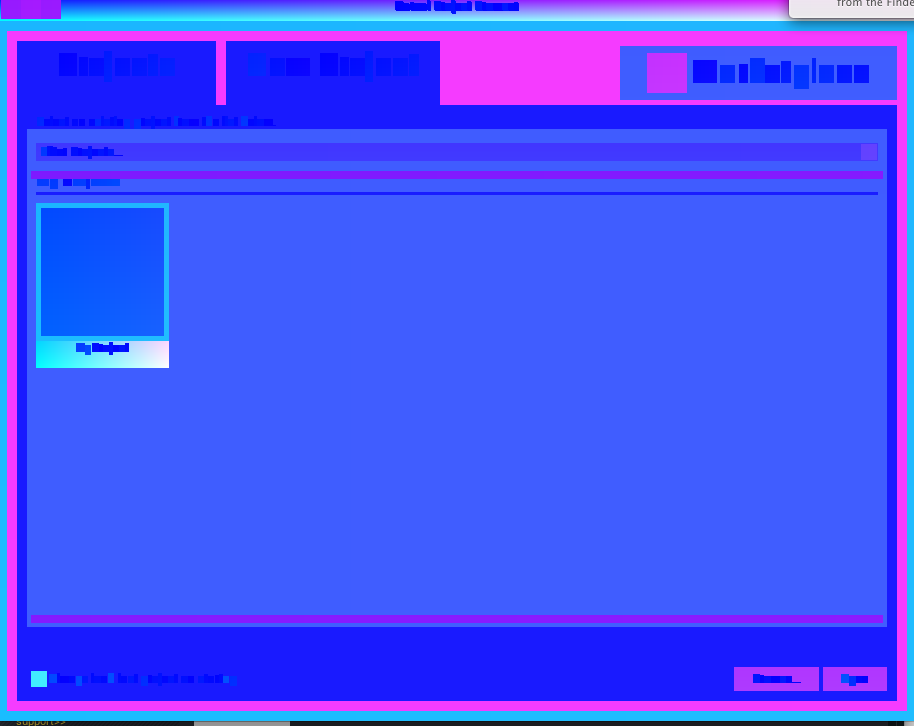 Firstly, what OS are you running since some people have found upgrading to Mavericks fixes graphical issues with UE4 (that’s why Epic officially states they require 10.9.2 to run UE4). If you’re not running Mavericks, it is a free upgrade, so give that a go first.

With regards to what is supported… I started off using UE4 on my MacBook Air (mid-2012 model with 8GB of ram). While it definitely ran and worked fine, it was very slow and the experience was down-right terrible as a result. I ended up upgrading to a MacBook Pro Retina (late 2013 model with 16GB RAM and the dedicated 750M).

While it runs okay and is definitely usable, it does run with quite low performance… if you bump down the graphical settings you can run the more advanced demos in the editor (with a smaller viewport) at good speeds, but you definitely have to compromise on graphical quality to get there. My understanding is that this will improve since the OpenGL renderer/Mac port is still quite new. I will try it on Windows eventually to see how the speeds compare on my 750M.

So the short answer to your question would be: no MacBook currently exists that can run the engine at high speeds with full detail in Mac OS X. Having said that, it definitely works and is usable on the 750M. Since it ran on my Air, I would imagine it would run on any Iris/Iris Pro graphics as well, but I think it might be too slow to be usable. Perhaps someone else can comment on that.

My recommendation would be to consider your options, and once you’ve decided, buy directly from Apple since they have a 14 day satisfaction policy… which means, you can get the system, try it out, and if you find UE4 too slow for you, you can return it within 14 days.

Thanks for taking the time to give some insight.

Based on your comments above it looks like you had some success with the GT 750M running on Mac OS.

I am curious if your performance would increase if you ran UE4 on Windows OS instead of MacOS on your Mac notebook using Windows Bootcamp. The driver might be better on Windows OS and you may see a boost in performance.

I just wanted to clarify something …

Are your benchmarks based on running UE4 on Mac OS or on Windows 8 (via virtualization) on your Mac notebook. The only reason I am asking is that you mention “just virtualizing it” …. (e.g,. via parallels or VMware)

I’ll give it a go some time, but suspect it will be a while since I also have to install Windows in bootcamp (currently just virtualising it). Just thought I’d let you know what my experience has been trying to use UE4 on a MacBook.

It’s definitely usable, but if you’re thinking of upgrading, I would still suggest buying from Apple so you have the 14 day option if you’re not happy.

I am running it directly on Mac OS X. Using a Retina MacBook Pro 15inch with dedicated 750M graphics and 16GB ram.

Based on some forum posts, I also believe this is the same MacBook as used by some of the Epic staff maintaining the Mac port, though don’t quote me on this.

The minimum requirements listed on the signup page are an Nvidia 470 GTX or an AMD 6870. Your 9600M is beneath the minimum spec. and lacks an OpenGL feature that UE4 relies upon. We’ve made some changes to the 4.2 release so it should work but the performance may be very poor as we aren’t actively supporting or testing against that generation of GPU.

Apple started using the Nvidia 650M in the 2012 Macbook Pros & then switched to the Nvidia 750M as a BTO option in 2013, both of those are supported and should work reasonably. The Intel HD4000 & Iris GPUs should render correctly, but they will be noticeably slower.

You must also remember that these are mobile GPUs and are slower than their desktop counterparts.

Thanks for your response pitbull…
You have made reference to the 4.2 release. When is that available. I downloaded 4.1.1. as that was the only thing available yesterday. Today I see a 4.0.2.

I appreciate that Unreal team has done some bench marking on the recent Mac Notebooks. That is definitely a step in the right direction. In addition think on your system requirements you need to explicitly communicate requirements for a mobile platforms for Mac OS AND PC Notebooks. There are several people who have been using game engines on mobile platforms (Unreal 3 and Unity).

Your technical team has the knowledge about what features are needed to take advantage of all the functionality. I know its a sticky topic because you don’t want to endorse a product but only give a recommendation.

Can you also make some recommendations on PC notebooks that you have tested in the lab. What GPU on a PC notebook allowed for all the functionality.
I am also considering

Again, please share your testing for pc notebooks as well. 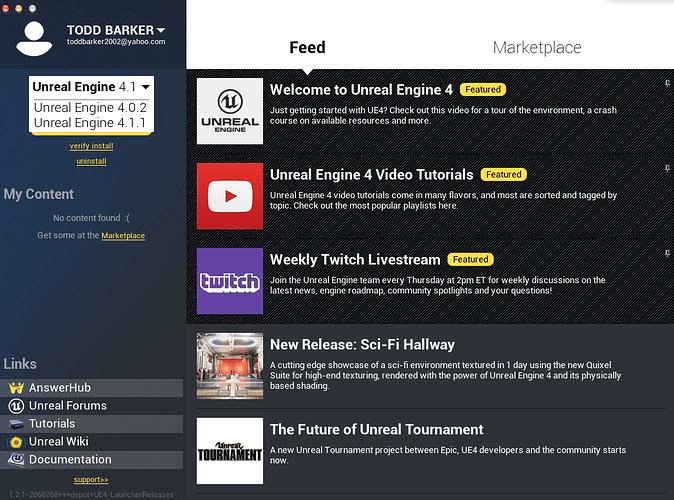 4.2 is going to be released very soon, but is not currently available.

The team here is currently looking into various laptop recommendations, but in the meantime you can find some hardware discussion here:

Hello guys, I am experiencing an exchange of PC because my current notebook (one MBP), is not holding run Unreal 4, I decided to create a thread where people could post the settings of their machines and a summary of how the Unreal is running them...

There are some user notes about some laptops in there, and I’m sure you can get some recommendations if you ask specifics.

Thank you Ben …
Thanks for the update on the release and the link you have provided
is very helpful.
TB

I just wanted to follow up on this answerhub question and say that the performance on Mac has improved a lot since these posts. The editor actually runs quite well on the MacBook Pro Retina with dedicated 750m graphics now.

Not 60fps type good, but 30fps is achievable. Even advanced demos like Elemental run at around 20fps+ within the editor. The size of the editor viewport is still important though, and working on a larger external monitor with higher resolutions can make it slow down quite a lot.

Of course, the option to use a percentage of the viewport’s resolution when running in-editor helps a lot, so even if you have a larger external screen, it is quite usable once you lower this. When using my full HD external monitor I generally set this to 50-75% resolution depending on what I’m working on and that gets things running smoothly while testing in the editor.

Thanks for the update Raziel. We are glad you are seeing improvements, and we are making continued efforts to improve the experience.