Hi everyone!
We are Mooneye Studios from the beautiful city Hamburg and we like to present our current project Lost Ember to you. 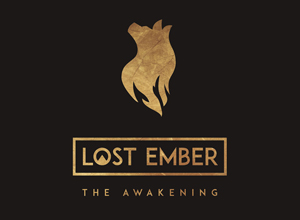 Here are some basic facts:

We are particual proud that our Sound and Audiowork will be coming from Solid Audiworks, the company of Rockstar Veterans Craig Connor and Will Morton! 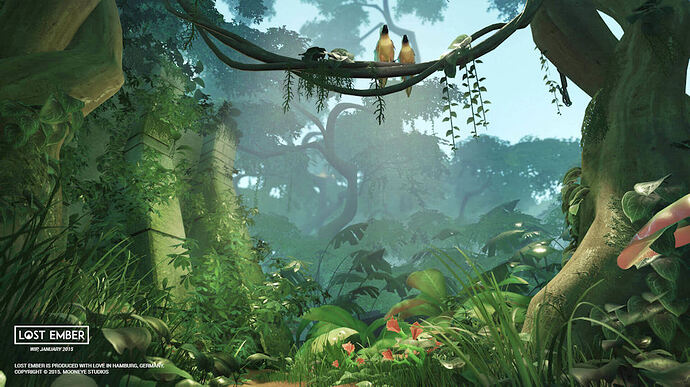 The world of Lost Ember is a vivid and varied one. Thick forests with colorful flora and fauna are opened up by the mountains of the East
or wide grass lands in the North. Nature has reclaimed the land from mankind and left the monumental temples that once resonated with
power in ruins. As a wolf with the power to control other animals you have to explore the ruins of a long forgotten culture and find the links
between their fall and your fate. Solve puzzles, find hidden artifacts and awaken the once powerful temples to follow your destiny! 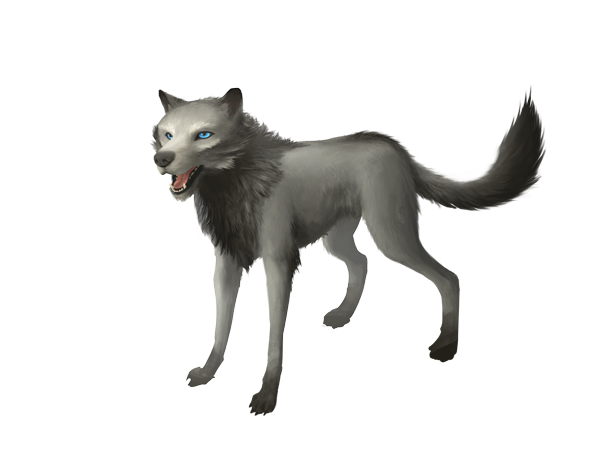 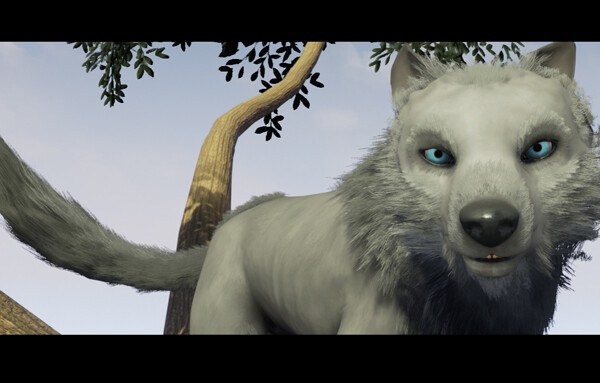 Your main character will be the wolf. Majestic, fast and agile he is perfect to run through the woods, travel the world and hunt down all the
other animals he encounters. These other animals - once caught by the wolf - can be controlled as well and their special abilities are vital in
some situations. Fly through the crowns of the trees with a hawk, show off your power as a bear or dig your way to otherwise inaccessible areas
as a mole - your ways of getting around are numerous. The first episode of Lost Ember will introduce parrots and hawks as possible prey, so
shake out your feathers and spread your wings: the sky is calling! 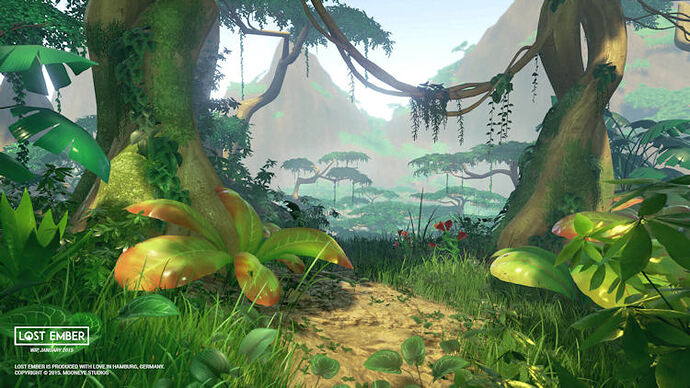 We are happy about every form of feedback or questions. Of course you can find us online:

Hey, good to see some german indies around here! Yager shouldn’t be the only company holding the flag

The game looks great, the wolf could be right out of a disney movie. Keep it up.

Nice! I really like the fur on the wolf

Thanks, you have no idea how happy that comment made our “fur-guy”.

The game looks great, the wolf could be right out of a disney movie. Keep it up.

We have two new Screenhots from Lost Ember!

New screenshot of the wolf 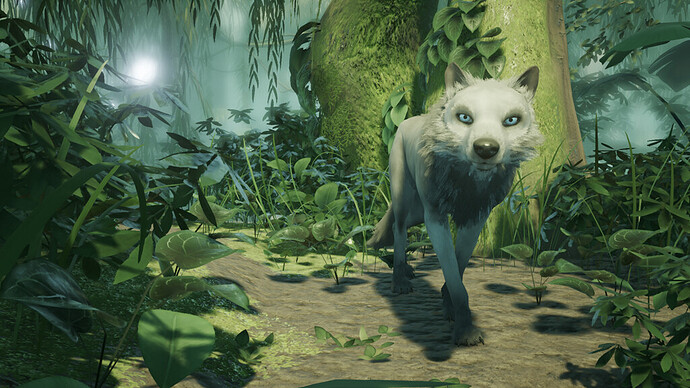 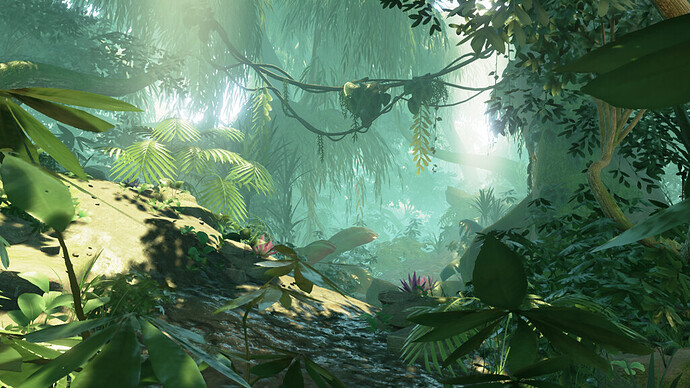 ah, this is looking good. I love the super detailed level design. That soft fog in the last picture really adds some hot, tropical feeling. Greetings from Munich

Thanks, great that you guys love it. Submerge really looks like it’s going to kick ***!

wow, really like the look of this. Keep it coming.

We are also taking part in the made in.de Award 2015!
If you want to support us we are happy about every vote!

You can find our voting page **here

Thanks, great that you guys love it. Submerge really looks like it’s going to kick ***!

Thanks man! The promo teaser is really looking great. Good luck for the Awards, just placed my vote

Teaser looks great, when it will be released?

This looks like an awesome game. But I only play on console (Xbox One) and it says maybe console. I really want this game, but I won’t be able to play it if it only comes out for pc.

Thanks so much! We really want to publish on consoles as well and already talked to Microsoft, but it still kinda depends on funding. We’re planning a kickstarter in fall and really hope to get the money for a console release

And talking about our kickstarter, we just started a little challenge for the time before our campaign: we won’t start our campaign and promo tour all across Europe before we have 5000 subscribers for our newsletter at lostember.com! And the one who can recruit the most people for the newsletter that will later actually be a part of our kickstarter, will win a special Lost Ember set worth at least 300$! You can read more about it on our blog at Mooneye Indie Game Publishing

So, if you want your console release, start sharing now and help us to succeed at our kickstarter

Also, it’s been quite some time since we posted something here

The game has changed quite a bit, you can check out the current status at www.lostember.com! We have some cool new content that we’re going to publish in the next days, so stay tuned!

Oh, and the release of course also depends on funding and if we’ll be able to work on Lost Ember fulltime or have to keep doing contract works and side jobs, but we aim at fall of 2017 at the moment. 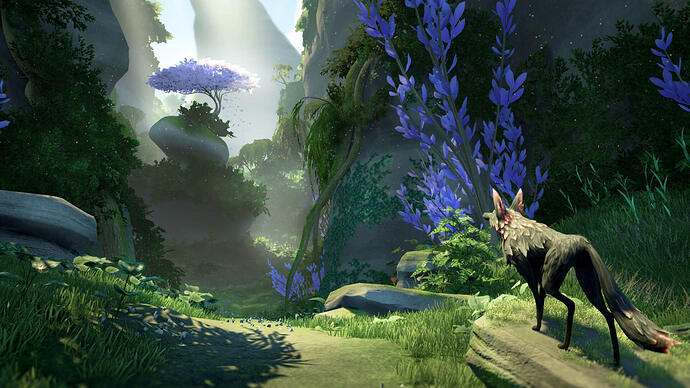 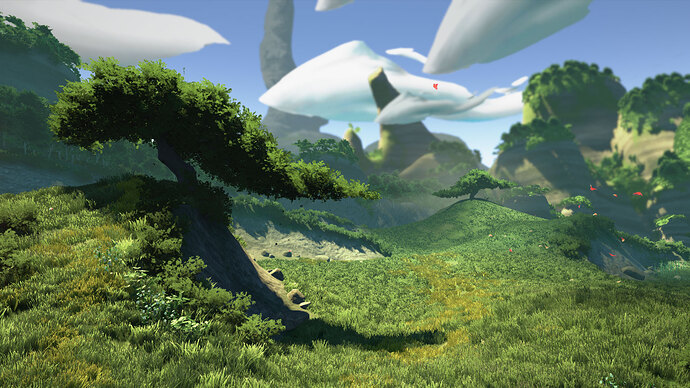 this is what the freaking new zelda game should look like… >:(

This looks awesome. What sort of gameplay mechanics will there be.

The gameplay is mainly focused on exploring the world and uncover memories with different animals. You will have a companion that not only helps you find the way, but also has the ability to show you memories of an old culture that used to rule the world. After a while you’ll find more and more ruins and artefacts of this culture that tell the story of a man and a woman that experienced the fall of their world and may even have played a role in it. In order to find these ruins you have to look out for the other animals and use their abilities to get to them.