As a refreshment course and exercise in UE4, I’m rebuilding my all-time favorite drinking game, Looping Louie (or Stef Stuntpiloot for the Dutch)! I’m having a lot of fun building it and wanted to share my experiences, so I decided to post a WIP thread!
There’s still some assets left to texture, but the prototype is nearly finished (using it with the Rift is pretty amazing). I might end up changing it a little so I won’t be sued if I decide to release it to you all

Really curious what you guys think, let me know! For now, here are some in-game screenshots! 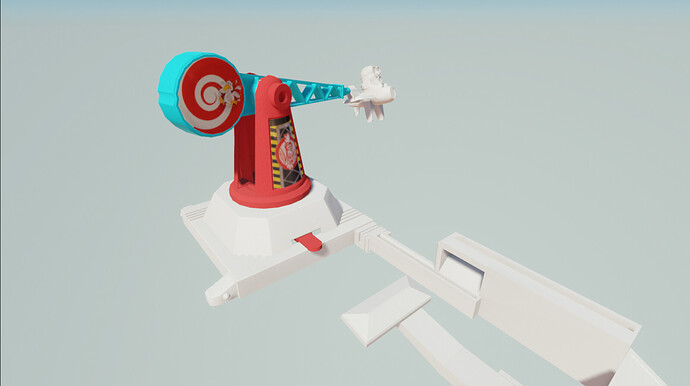 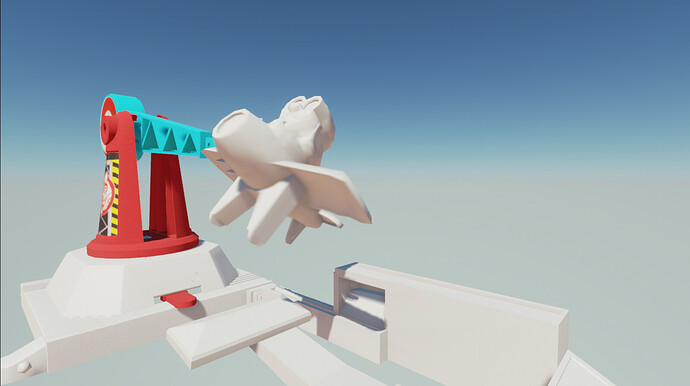 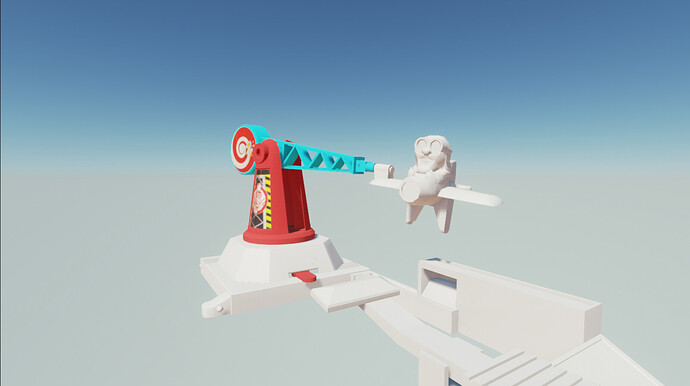 That is so wonderful. Nice modelling work too.

I have never heard of Looping Louie, so I looked it up, and I have to agree with Handkor. The modeling for your game looks fantastic!

One of my all-time favorite games! Please keep us updated, this looks awesome.

@Sean: Thanks for the kind comment, sure helps with the motivation! I truly appreciate all the work you’re doing as well!

@sirnameless: Haha I will, don’t worry! I’m hoping to have the first few playtests (including alcohol) with my friends somewhere this weekend!

Since last time I’ve added quite a lot of stuff, all player stations are Blueprints with publicly editable variables for the color and player index, transitioning over from Unity was never easier (though I have to admit, it took me longer than necessary to realize that the Editable toggle makes the variables editable in the level hierarchy)! The controls are captured by the Level Blueprint and passed to the respective objects for easy editing. The game is already relatively fun to play, even though I haven’t had enough time to make the trigger system work, simply because the physics make it feel polished already

Before I used a rigged skinned version with constraints, which was a pain to work with since I had to reexport the model every time I made a tiny little change… After I found out about the Physics Constraint Actors though, setting it all up for modularity was a breeze and it worked like a charm!

Also I’ve been experimenting with different camera setups, rotating the camera with the arm is kind of disorienting so I think I’m going to have to keep it static for now. The game needs to be sped up a little still, it feels a little too slow at the moment. But that’s all being worked on!

Anyway, I’ve attached a short video showcasing the current build! I really wanted to get a HTML5 build out for you guys to experiment with today, but unfortunately I will have to delay that, because the HTML5 build setup takes a bit of time (but don’t worry, I’ll get around to it Soon™)! 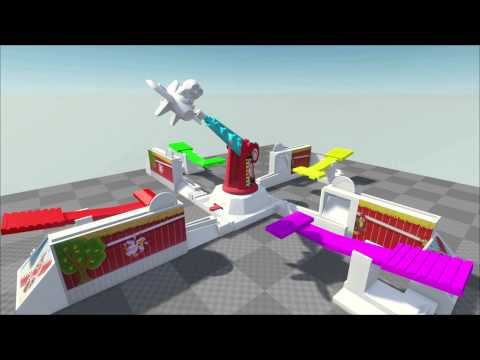 Wow! I played this about 20 years ago as a kid. We use to hit the paddles so hard they finally broke. Many tears were shed that day…
(Can’t wait to see more!)

Wow! I played this about 20 years ago as a kid. We use to hit the paddles so hard they finally broke. Many tears were shed that day…
(Can’t wait to see more!)

Hey JBaldwin, please excuse me for the rediculously late reply

I’ve spent 2 nights on texturing and UI. The game as it stands is a 1:1 digital version, but I’ll be iterating on the art style to give it its own distinctive look

I’ve added user control over the power applied to the paddle by simply having a bar fill up to a certain point by holding down the button. Currently it’s a rectangle but considering it’s a touch game a circle would work a little better…
I’ve done a few playtests with friends and family and everybody seems to be liking it! So I’ll be trying to get a demo out ASAP

Here are some updated shots: 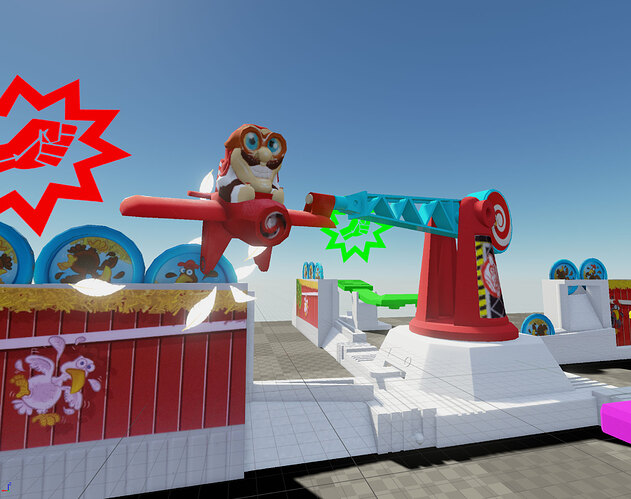 I’ve worked on it some more, here’s a short vid!

The framerate is a bit choppy, but there you go! 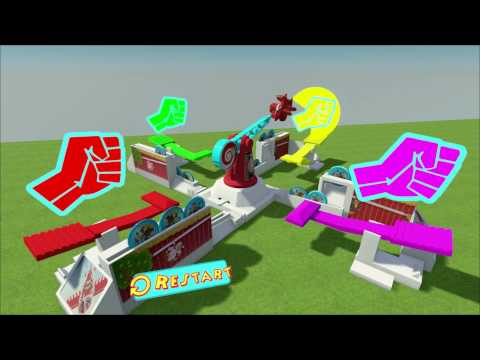 lol this is great. I remember this toy from a while back. Awesome stuffs

Please continue this work, heck even launch it as a game :3.

Is this able to be played on mobile as multiplayer? Its like the real life toy, only it won’t break after 2 days from being smashed on haha.

This implementation is great. Have you tried to get a license for the game to sell it? I guess there are a lot of people willing to buy it.