After seeing Youjo Senki and playing Battlefield 1, I have become enthralled with a game that has a WW1/WW2 militaristic elements with the addition of gods who influence the world and the ramifications that that would have on said world. The atmosphere will be poor, depressing and militaristic (under the churches). I plan on a third person game to show the character and allow the player to feel as they are in a movie. The game will be singleplayer and the character we play as will be and always be just a grunt, a person who will no make a difference in the war. I am debating on having a main character being “blessed” that is part of the regiment. The definition of blessed has not been figured out as i plan on discussing it with the story writer if one chooses to accept it. Some ramifications of the gods influence could be temporal (time) minefields, in which anyone who touches one could be sent to random time during the war. I figure something like that might be cool to do a sequence in similar to Effect and Cause from Titanfall 2. as for other ramifications, they can be decided as we go. My plan is for 2 gods to be fighting for at least a century, stagnating the human technology at a WW1/WW2 theme but with a mix of supernatural elements like mana or something that the gods grace on their believers.

Story Writer
We will discuss the world building of the game, plot out important events and [SPOILER]eventually kill off the player similar to what is done in Halo: Reach to show that the player is still just a pawn in the hands of their god[/SPOILER]. We will determine the amount of influence that the churches have over the people and the beliefs the people would have in such a “Holy War”. My thinking is to have it feel like crusades in which the people are fully willing to support it despite the amount of death and destruction it has caused.

Level Designer
The level designer will have to figure out a way to make empty skies less empty. My thinking would be floating ships like from Star Wars or Avengers that hover over the area to provide supporting fire and/or deployment of troops. Another thing to help break up the emptiness of the sky could be smoke and clocktowers/tall buildings in building areas. One scene I would like to see, but depending if it can be fit into the story, would be a fight around a train going on bridge similar to this concept art: 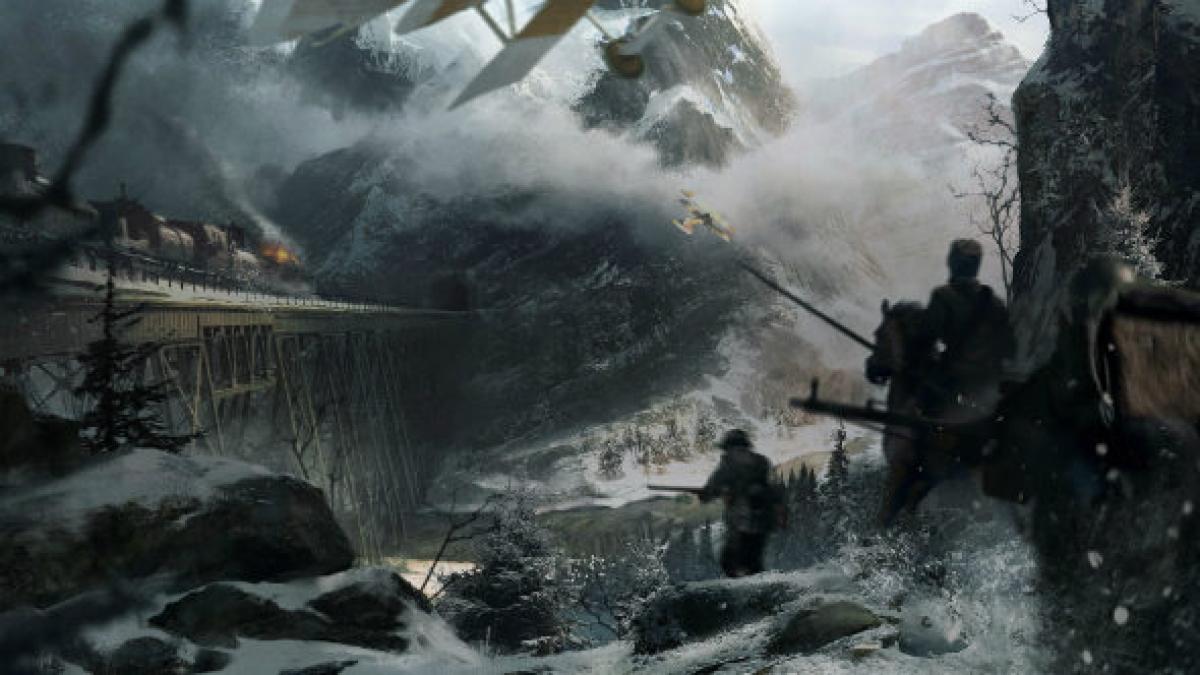 Concept artist
The concept artist will have to figure out ways to make the 2 gods’ factions distinctly recognizable from range by changing their equipment and/or machinery. An example of this could be seen in Youjo Senki, where as the opposing forces are riding a floating motorcycle thing, where as the alliance force is wearing boots attached to a machine at the hip allowing for the two factions to never become just a bunch of people in similar outfits and causing the player to be unable to tell the difference between them. As for the airships, they are completely up to you to design as I cannot think of any ways other than blimps and flying aircraft carriers as the airships. You will also be in charge of helping the level designer figure out ways to visualize the plot points. you do not need to be as good or detailed as the images posted, as they are just posted to get my points across and from an unpaid perspective the chances of getting anyone on that level are basically null. 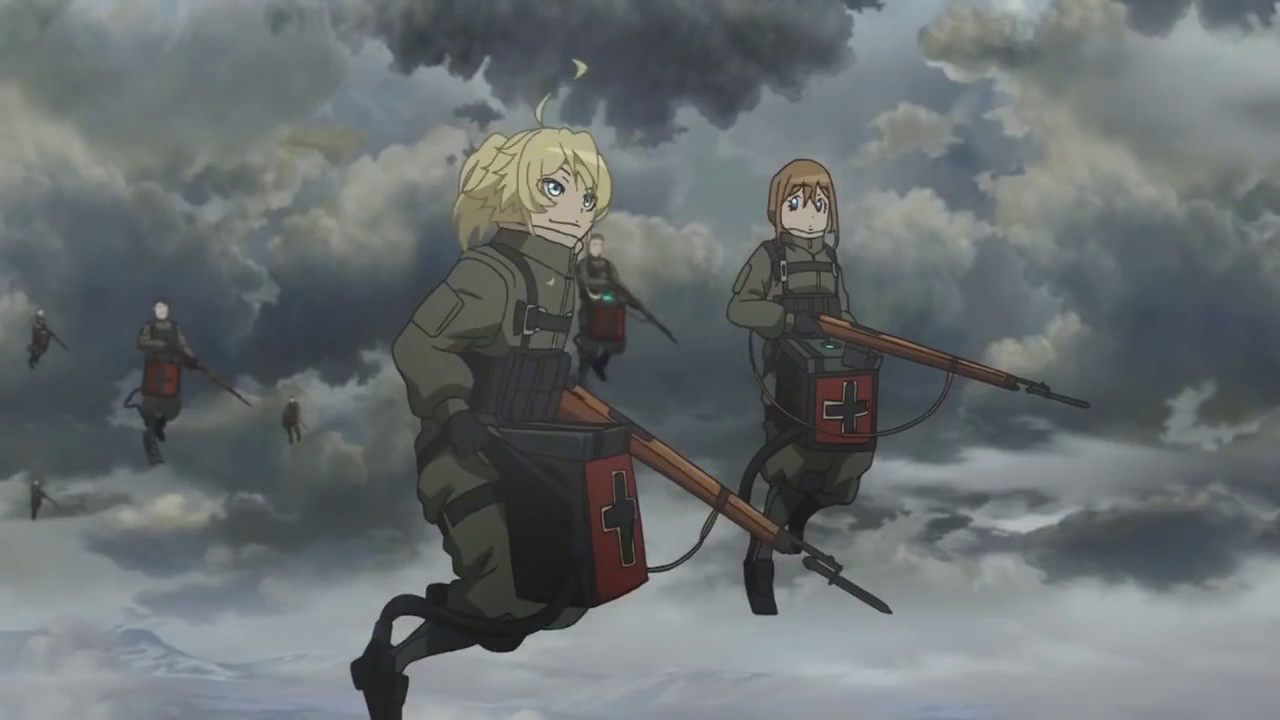 Note: you do not need much experience in any of these categories as long as you are creative.