LODs for Trees, How many is too many?

I have a Test models to see what works and what looks good it is a small bush/Tree (about 1 and 1/4 of the blue guy), it comes in at 707 Tirs and I have set up a billboard that come in at 4 Tris, 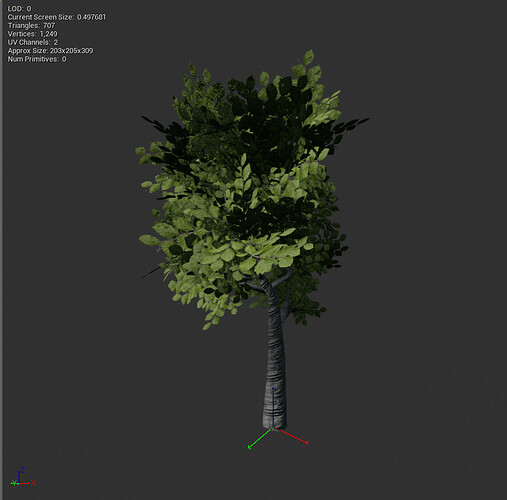 I would definitely have another LOD level or two between LOD0 and billboard.
Triangles per LOD level completely depends on the distance you set. Lots of people seems to go with about 50% less per LOD level.
The amount of alpha that have to be calculated is pretty much the biggest performance drain when it comes to foliage. Triangle count makes a difference but alpha makes a bigger difference so make sure to eliminate as much alpha as possible without having too high triangle count on each leaf mesh.
Complexity of materials definitely bring down performance on any asset in your game. It also makes a huge difference (most of the time) when you switch LOD to a simpler version of the material. Often more so than a lower triangle count.
Texture also makes a difference, I’d say 1024^2 isn’t too much for a branch, but that depends on what platform and what system requirements you’re aiming for. I’m developing towards PC Mid -> high end systems and most of my branch textures are around 1024^2.

Thanks
When you say the amount of alpha that has to be calculated? What do you mean? I am probably wrong but don’t we “paint” in alpha channels, and plugin like substance use this. But I really don’t understand it yet. It looks cool but I haven’t look at it yet.

Thanks
When you say the amount of alpha that has to be calculated? What do you mean? I am probably wrong but don’t we “paint” in alpha channels, and plugin like substance use this. But I really don’t understand it yet. It looks cool but I haven’t look at it yet.

The opacity of your materials is calculated using a 0-1 black/white alpha map (usually). You make it in what ever software you use to make your textures, such as Substance or Photoshop. Then the engine calculates where there should be opacity using the black parts of your alpha map. The more transparent parts that needs to be calculated the more heavy it will be on performance. An opaque surface is a lot cheaper to calculate, especially when transparency overlap each other (when you see though multiple transparent surfaces). Therefore you should try to bring down the amount of transparent parts of your mesh as much as you can (within reason, it still have to look good and poly count can’t rise to crazy levels just because you want to eliminate alpha).

Thanks, this is very good info for me,
so I guess that goes for the more complex the texture is as well
hear I have 2 branch textures 1 I use for the model above and the other I replace it with because the leaf textures where way to big(the same size Texture), I can redo the test model with smaller faces for branches but that would double the poly count. and I have added a extra LOD that drops it down to 420 Polys but, then a billboard, 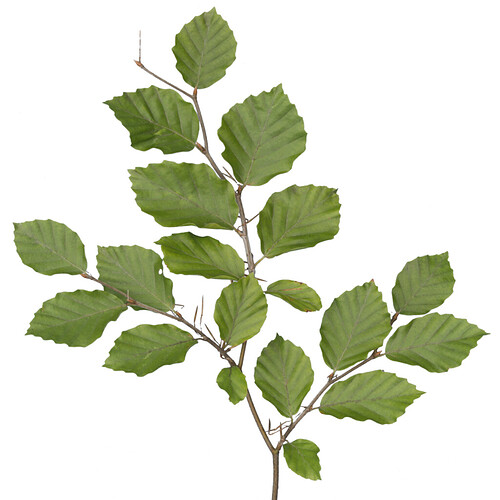 also thanks for your time many thanks

Yeah the leaves are a bit on the big side,makes the tree look small. Either make a texture with even smaller ones or have smaller meshes like you said. Generally lots of smaller meshes looks better but is very costly, not only does it require a higher poly count, it also requires lots of more transparency to render. Usually you can get great result with fairly large meshes.