Local offset and world offset not working as expected

I’m trying to create bullets that move on the surface of a sphere, but the AddActorLocalOffset and AddActorWorldOffset are not working as expected.

Here’s a screenshot of a bullet: 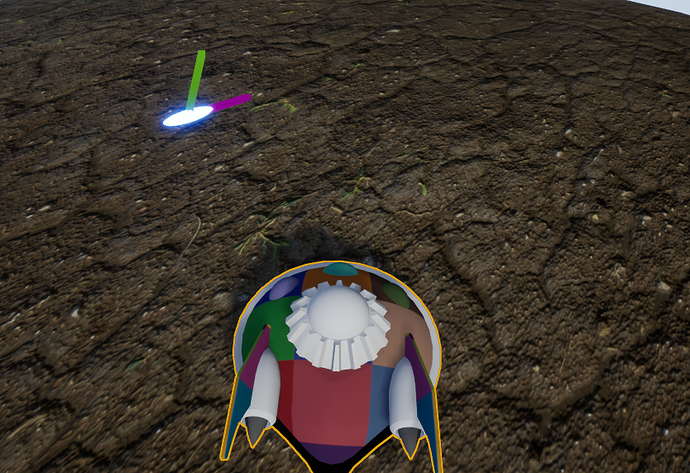 In blueprints, I try to move the bullet using AddActorLocalOffset, like this 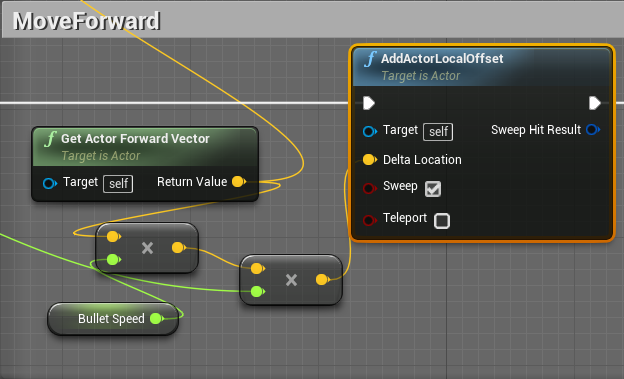 I’m multiplying the actor’s forward vector by the bullet speed and then by the delta seconds and using the result as delta location.