Hi I’m currently having trouble figuring out why the host of my listen server is not able to use the same reference as the clients.

Help will be appreciated

Adding print string, to see what its returning. Just returns “None”

It would appear in this instance that I used the wrong node. 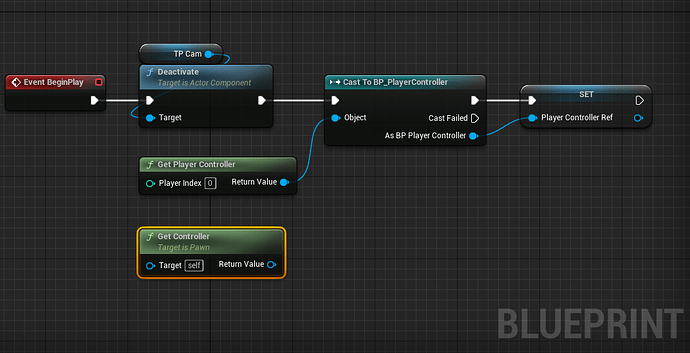 when i swapped it to get player controller it specified what to get. still don’t know why clients where working tho, i assume because there later in the pipeline