Hello all. There was one other post about this a few months back but all of the replies involved changing engine code which I have no experience in so I was hoping there might be a way to solve this without C++. Basically the list view in my widget is stuck with a black background. I’ve played with every option and it’s definitely coming from the list view not a parent. 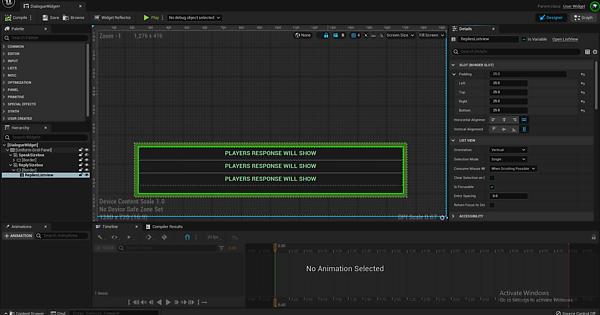 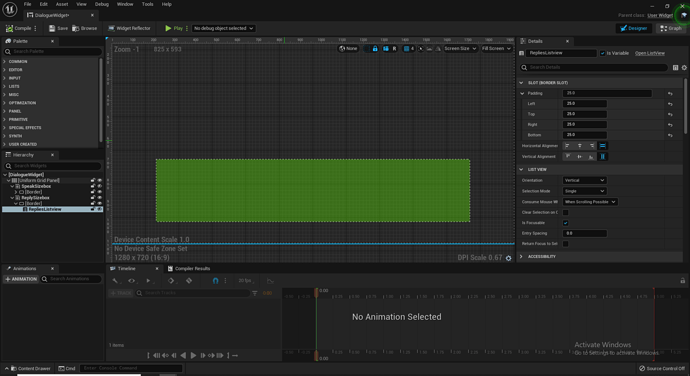 Unfortunately there doesn’t appear to be a way to do this through purely blueprint projects. The way the C++ side works is that you need to explicitly tell the engine what the blueprints have access to and the list view appears to be locked down outside of using it in a widget.

That being said, I created a plugin that you should be able to use if you want that lets you modify the background color in your blueprint.

However there might be a few problems with getting it on the UE marketplace. It’s currently pending review but based off of some weird rules they apparently have it might not get approved but I wasn’t completely clear so I submitted it anyways, they don’t seem to be fans of simple and/or free plugins for some reason. Even if the plugin itself is alright by their standards, the marketplace didn’t actually allow me to select UE5 as a version, it only went up to 4.27 so that will almost certainty cause problems. I will give you an update once I hear back from them though.

I don’t normally like giving people direct links to something like this because it can be a bit sketchy and people with malicious intent can take advantage of people who don’t know what they’re doing. However, given the above issues here’s a direct link if you want to download the plugin before it’s on the marketplace: Bitbucket. If you click the .zip file, you’ll see three dots in the top right with an ‘open raw’ option. That will actually download the file for you. From there you can go into the file with your UE project (the one that has the .uproject file in it), create a Plugins folder, and extract the .zip file contents there. Restart your editor and if you go into a widget you should now see a ‘List View with Style’ widget available.

Again, it’s super sketchy to just download random code from the internet. Only do that if you are willing to take my word that what you are downloading is what I’m claiming it is.

Yeah, they aren’t letting me submit any plugins for UE5, only 4.27 or below. Seems like the plugin itself is fine a part from a few small things I missed, I’ll resubmit it when UE5 officially comes out unless they add in the ability to modify the list view style into the engine itself.