So I’ve been working on a day/night cycle as well as a proper clock. I want to hook up the Day/Night Cycle and Time to work together, so that every 24 hours a full day/night cycle will have been completed, but i’m unsure how to properly go about this. Right now, the only thing I have going is the Day/Night Cycle being advanced by the time (moves every millisecond), but I can’t figure out how I should properly link up the time so that what I said could be done.

TL;DR: Want to make it so that every 24 hours a day/night cycle is complete

EDIT: Maybe I can simplify (or maybe this makes it worse) a bit more. I advance the sun’s position every second. There’s 86400 seconds per day. So I would want to go through a full 360 degree rotation every 86400 seconds, but im unsure how to do so.

EDIT2: Still thinking about it. I think part of the problem I figured out is that currently it adds to the sun’s rotation every tick instead of every second. How would I change it to every second instead? 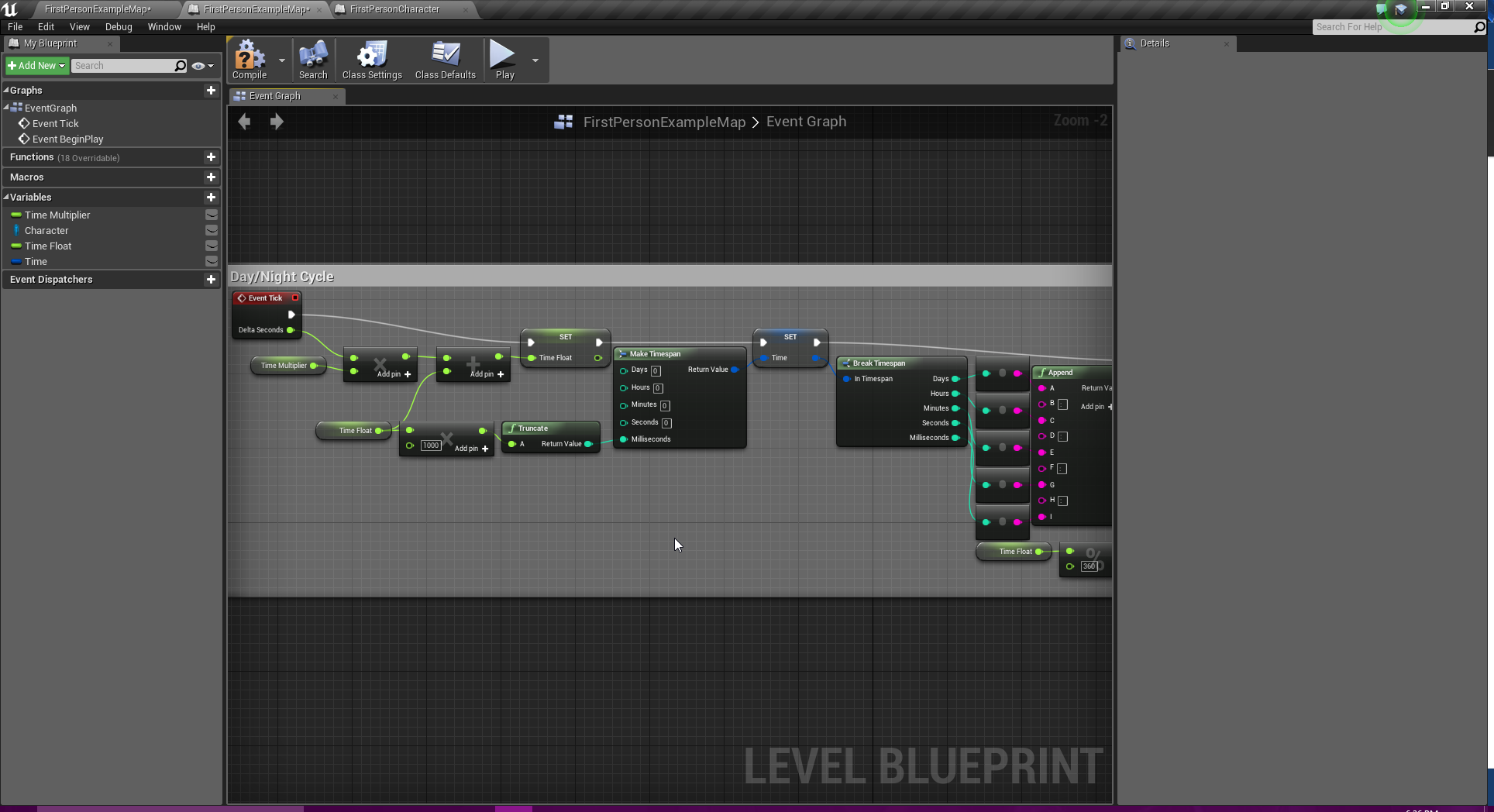 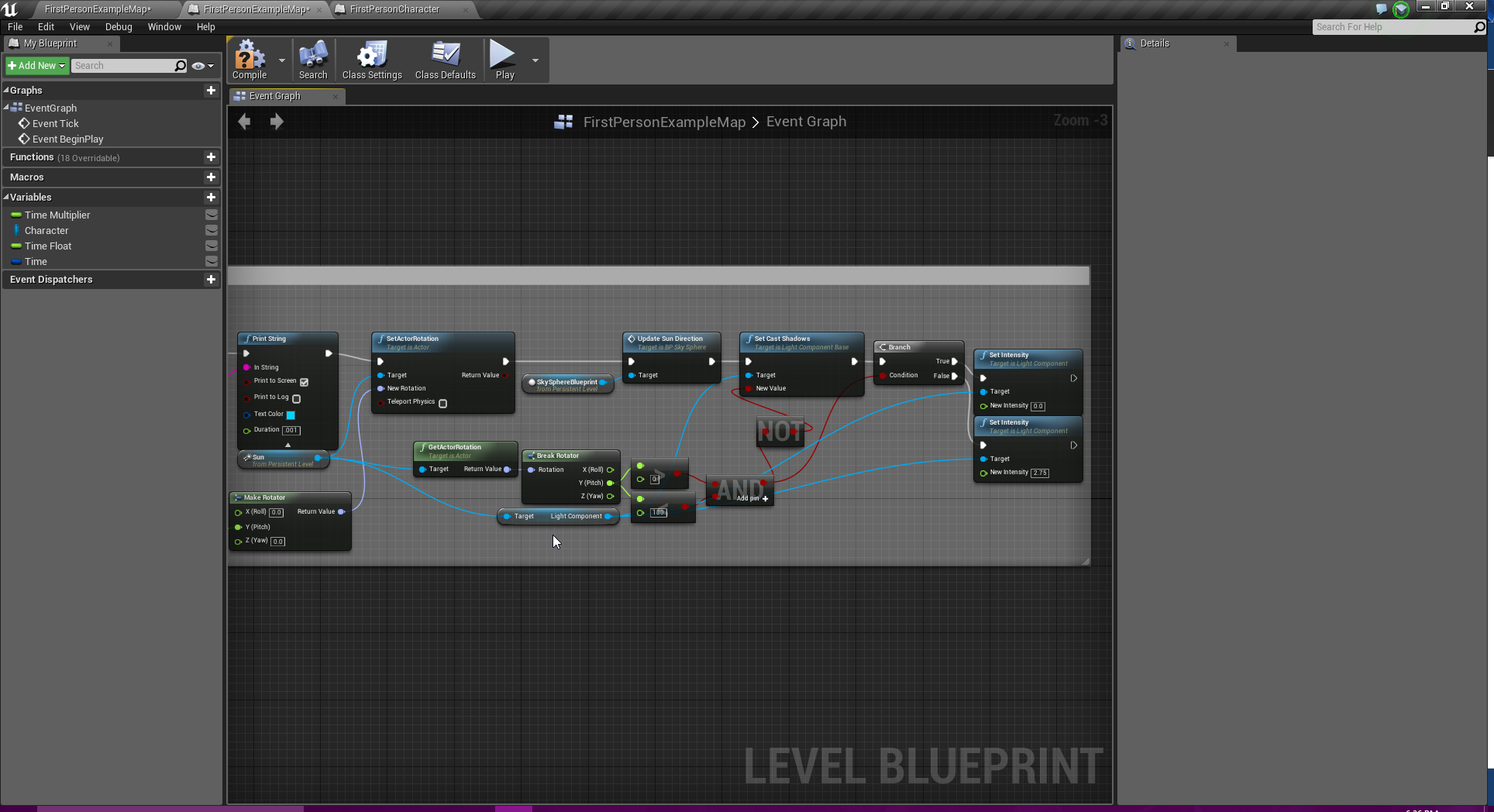 I think I solved my problem for the most part. I added a delay so that the ticks aren’t the ones dictating how often the sun’s rotation is being changed. I however am only able to update the sun’s position every tenth of a second instead of every hundredth of a second (as trying to update every millisecond results in timings being off), but I think the results I got are more than satisfactory. I only wish I were able to set the position of the sun using the time float, but I’ll have to figure it out some other way.

Here’s my level BP after adjustments