Link to another ai controller? 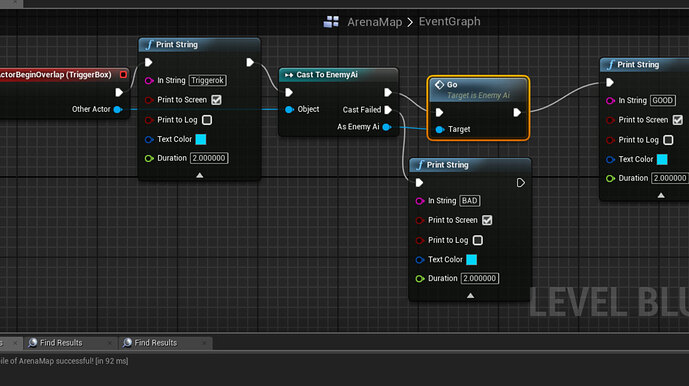 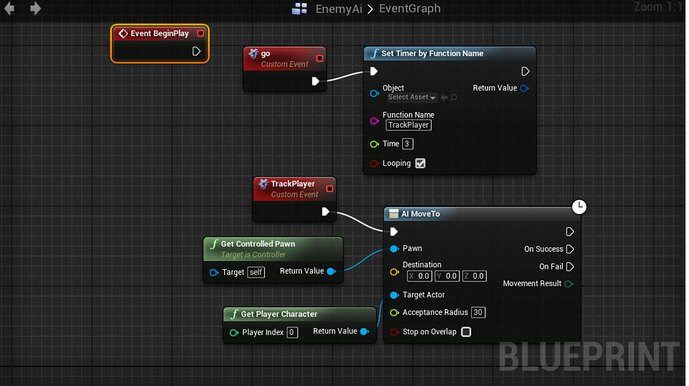 Put a breakpoint at the triggerbox event to see what actor “other actor” is. If it’s a type of pawn and you’re attempting to use an AI controller on said pawn, you need to use the get controller node from pawn.

You can see the node here:
https://forums.unrealengine.com/attachment.php?attachmentid=20794&d=1419454509
(image shameless borrowed from UE4 forums)

Hello, how can the breakpoint let me see what other actor this is?

i tried what u said but it seems something is still wrong with the trigger, because it still doesnt trigger the function.
I know the function is working because when i let it begin from levelstart (by eventbeginplay-node and not try to trigger it), the function works, please take a look at the screens 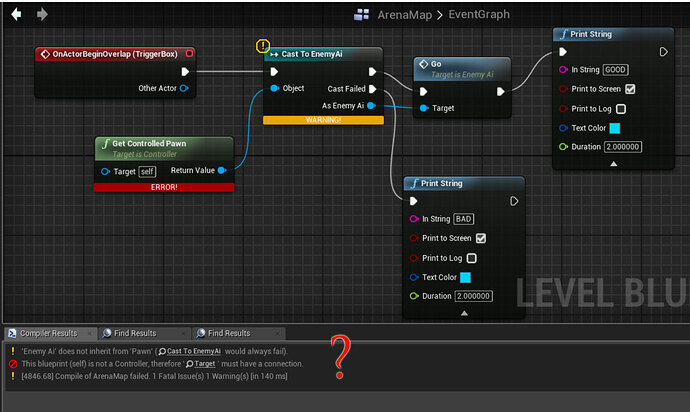 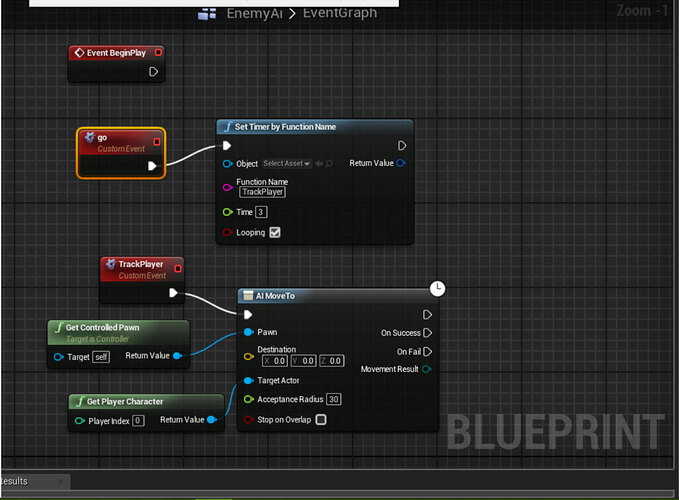