Ive looked around at various videos and threads on here about how to handle bullet penetration when using line traces, but most are for projectile bullets. I havent been able to find any successful attempts at how to have a trace hit an object, and still travel through it. Idealy I would like to get every surface the trace hits within its range. I saw a post that said to use collision channels, but I dont know how I would set that up so it returns a hit on both BSP and Meshes. Any help?

Multi line trace is what you are looking for.

Ive tried using multitrace but I said I didnt know how to set up the collision channels for it, and as far as Im aware it wont accomplish that task I want it to.

I was able to achieve the desired result, but its very limiting. I have to use a new trace for every collision which makes it hard to have the trace penetrate multiple layers of objects.

After playing around with the multi trace, it appears that it doesnt always work, which is problematic. Depending on the angle the trace hits an object, it sometimes wont hit any other and it will just stop after the first collision. 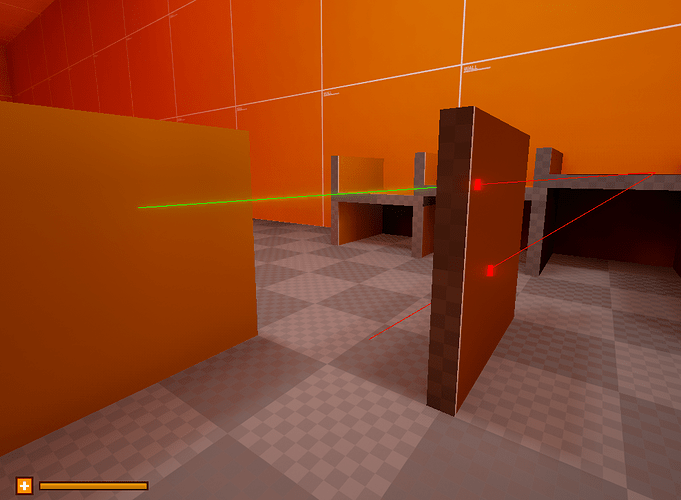 On your spawning a new trace, do it as a loop rather than just copy pasting and running it twice.

Im not sure what problems you are having with the collision though since the link I sent through breaks out what you need to do pretty well.

Could you explain to me how to set it up through a loop? And like I said with the multitrace, it doesnt always work.

Alright so after using a combination of multitrace and line trace, how am I able to get the thickness of each object hit with the multitrace?

Hey, I was wondering if you got it to work. Since I’m having the same problem as you.