I’m trying to make a procedural spline mesh to look like a “tentacle”, with a linear scale transition from 1x1 to 0x0.

The spline mesh generator is working fine, but I’m having trouble to make a linear scale transition between first spline point to the last one.

I’m trying to use set end/start scale, but I get this result: 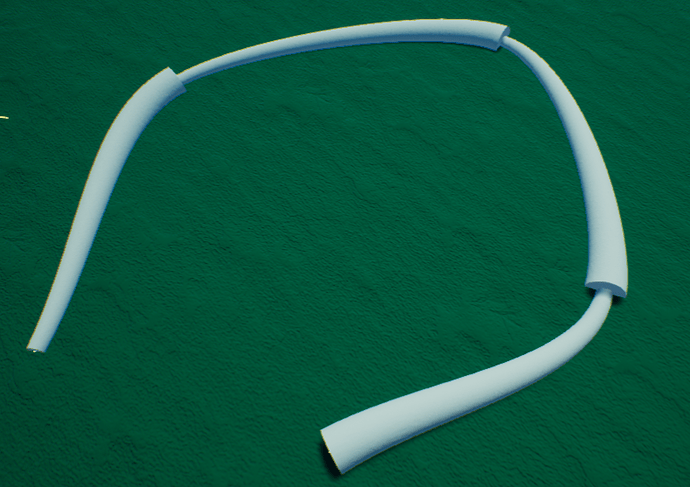 The setup of the construct script just in case: 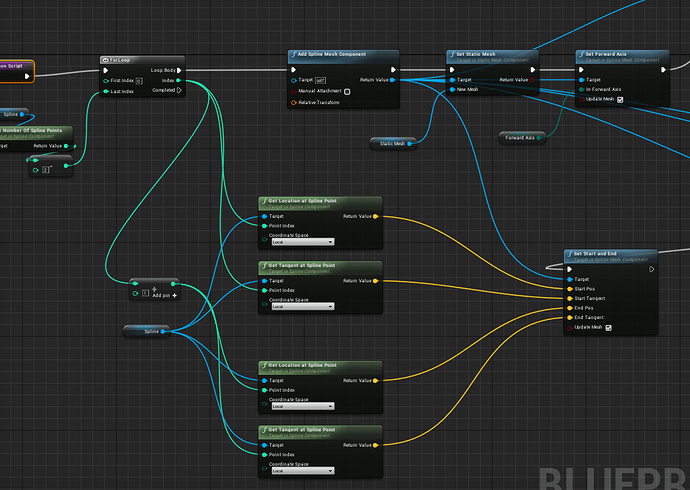 Not sure if you’ve found an answer to this question yet, but I’ve been playing around with splines and figured I work this one out.

There are two nodes you need to add at the end of your blueprint. They are “Set Start Scale” and “Set End Scale”. Each of these takes a target (your spline mesh component) and a Vector 2D for the X and Y values.

In my attached example, I’ve created a variable called “Tentacle Scale” with a default value of 1. Then, I take 1 and divide it by the number of spline points. This gives me the amount the spline mesh needs to scale down in each iteration of the loop (we’ll call this the “Down Value”).

As the loop progresses, the start scale for each section is the same as the end scale for the previous section, so the tentacle appears seamless.