Line trace not following the camera

I’ve encountered a problem when developing the line trace blueprint. Every time I would cast it, the location from where it was casted would update every time the player would change possition however the rotation would not be updated when the camera would be moved.

I checked to see if I added the wrong variables or plugged them into the wrong inputs but no use.

If anyone has an idea, please don’t mind sharing. 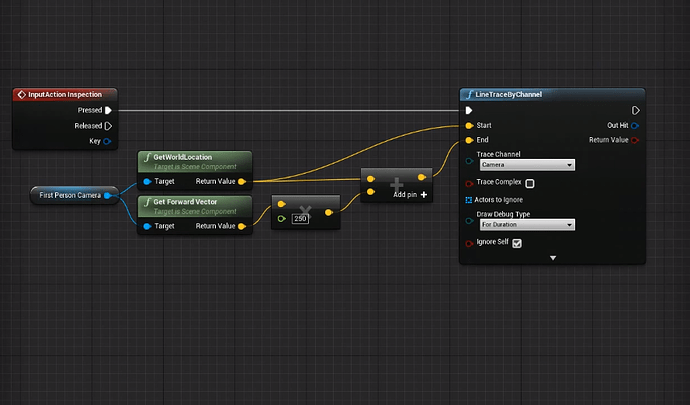 Ok I found it,

I did a couple of changes : Instead of using the First person camera, I used the Get player camera manager (you hit right+click and type get player…) and from there I got the Get actor location as well as get forward vector with the transform component. Setted the Trace channel to visibility and that’s it. 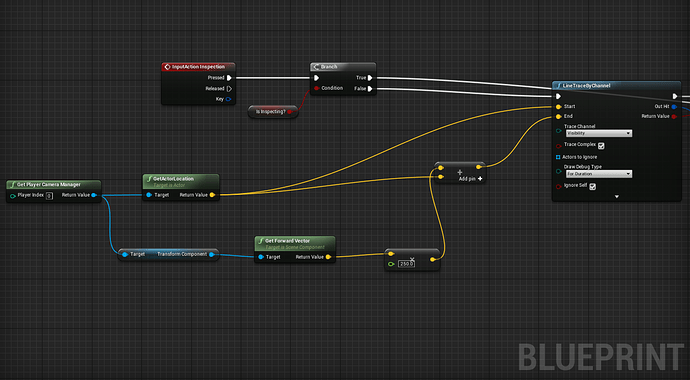