Limit Game and UI Only?

Mouse can still work if I left or right click, unfortunately.
Also, my guy still rotates slightly with your proposed node. He won’t move which is good enough

But anything else which ignores everything except buttons I wish?

No problem! Make sure to set this question as resolved

I want Game and UI control. But I only want one or two buttons from Game.

How can I prevent Game and UI from allowing all Game inputs?

Have you tried “set ignore move input”? This will disable your movement at anytime(including in UI). 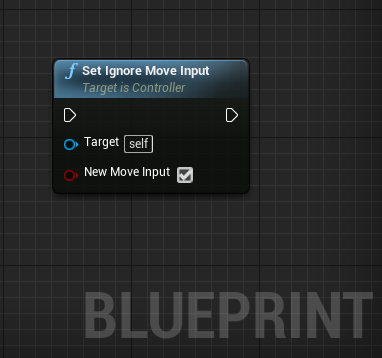 Set ignore look will stop the mouse rotations for the character. You’ll have to put a boolean after your mouse events (to check if you’re in your UI or not) in order to stop character clicks while in the UI