I have a question, I could not find an answer to anywhere. It’s about lights fade out distance in Unreal 4. I’ve created two test scenes in both CryEngine and Unreal4 for easier demonstration of what I mean:

Both scenes contain 2km long base with some vertical brushes spaced at 0km, 1km and 2km. The lights at the base have very large radius, lights on top are just 20% of that in both engines. UE4 lights are movable and have Inverse Falloff disabled to exclude attenuation due to intensity. All lights are non-shadowcasters.

The issue should be pretty clear - why Unreal lights fade out so soon compared to CryEngine’s? I’ve tried even much smaller radius/intensity combinations in CE, yet they hold even at 2km (and further if needed). In CE there’s a simple ViewDistanceRatio property and once that’s set to max, light will display at whatever distance (until it becomes smaller than pixel, of course :))

So, am I understanding this wrong, or Unreal decides for user when to fade the lights out and there’s no way to overcome that? I know that usually lights are not meant to be drawn that far, but there are cases when it’s essential (think big cityscape, of some castle in the distance).

Would appreciate any input on the issue (maybe there are some cvars that can be tweaked?).

P.S. I am running UE4 on all Epic settings.

This can be done in the Project Settings > Rendering section.

Look in the Culling properties tab under Min Screen Radius for Lights. The default is 0.03, but you can try lower values to get the results you desire.

There are a lot of things tucked away in the Project Settings and Editor Preferences.

Thanks for your answer. It was one of the first things I’ve tried. I’ve set it to 0.000001 and it bumped the fade distance a little bit, but after 1km it fades anyway. I’ve also noticed that small (well, 10mx10m small) object will also pop out of existence over 1km, even if their screensize is set to some ridiculously high values. There seems to be some global setting overriding those local ones, but I cannot find it

Is there any sort of answer to this? Nobody seems to respond to the last two replies asking for further clarification. Thanks,

The answer is really still the same as it was with an addendum. You can lower the value really lower, but at a certain point when that light isn’t greatly affecting any number of pixels or barely a single pixel, it will disappear. If you have a lot of lights in your scene, it’s not good for performance, especially if the light is shadow casting.

So a couple of things you can do.

There are likely some other avenues you could pursue I’d find a way to make a distance light swap to a mesh with a material and make that look good and consistent with my scene.

… I’d find a way to make a distance light swap to a mesh with a material and make that look good and consistent with my scene.

That’s a good suggestion, thank you for that.

I had same problem!
my particle in unlimit far away distance , so light can’t effect it!
my scene is far cloud sky , i need a storm in that , but light is not work in distance! 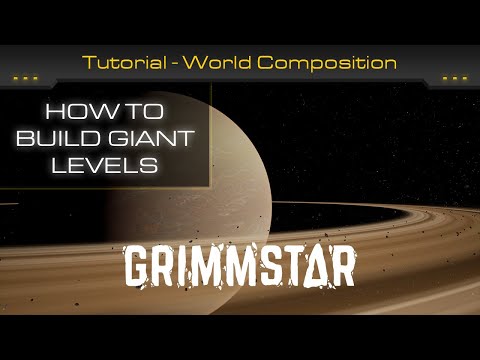 at min 6:23 he starts talking about levels and distance. as well as rendering

The problem with volumetric fog.

it works for me THANKS! especially the Render Settings on the Min Screen Radius parameter!!!