i am doing a project for university and i want to create a little wipeout game. At the moment i’m trying to find a way to create those fancy lights effects when the cars are flying. 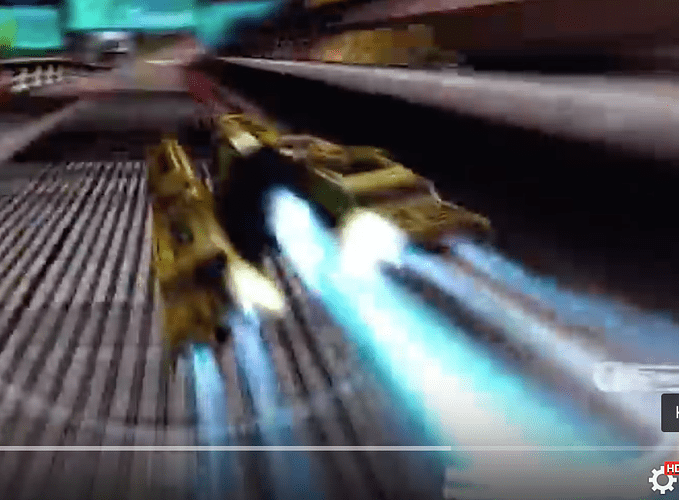 I tried to make it with static meshs an with a particle system but both don’t look good at all. So has anyone an idea or a matching tutorial for my problem?

Well i remember the game, The best way i would say is some static geometry on the engines with a translucent material and ribbon particles for the long trail.

Okay ribbon particles were a good hint but now it seems that i have some problem with my velocity. My car is moving by “Add Force” and i put the particle system into my car hierarchy. it seems that add force also pushs the ribbons i front of my car and it looks really strange. I tried so set the initial velocity to 0. then the “power stream” behind the car doesn’t look really nice =/…

Well then you need to give it a velocity whenever the vehicle moves. I haven’t experienced what you’re saying so i cannot help more.

I know what he’s talking about, it’s frustrating and happening in my space game as well, ribbon particles are inheriting the velocity of the attached object, appearing in FRONT of the object’s movement before trailing off behind it as intended.