Lift appearing in wrong location for some reason

I’ve created a lift BP that moves automatically, that parts works fine but when I play the level the lift has for some reason moved to the player start, instead of where I put it. Does anyone know why?

Where I want the lift to be

Where it shouldn’t be

Are you getting relative location or world location within your blueprint?

No I’m not. Here’s a image of the blueprint so far. 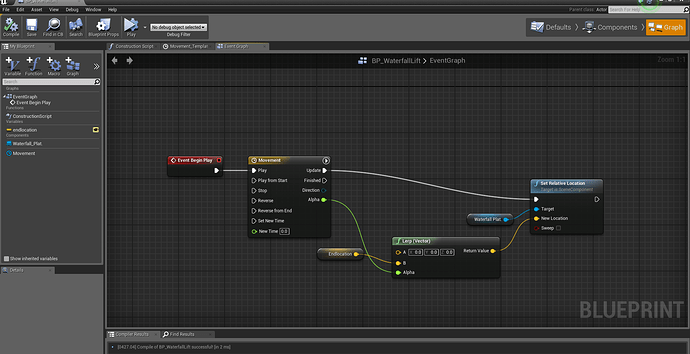 with your begin play, do a set vector variable before your timeline with a “Get actor location” for your blueprint. Then, plug that value into the “A” of your Lerp (Vector) to see if that addresses your error.

I’m not sure if I’m following this correctly. What do I put into the “A” of the Lerp (Vector)?

Hello,
Drag a get “new var” as you did for “end location” and link it to your “a” input.