Hey, so I’m having an issue with my game (I mean my prototype) 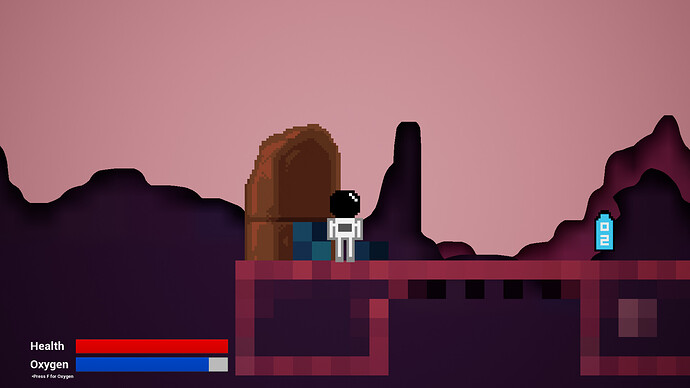 Here as you can see the level is not really loaded but the player is fully loaded so the Oxygen is depleting before the player can see clearly the level ! 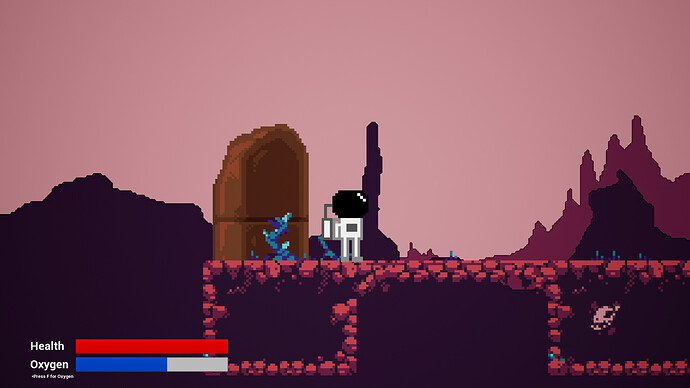 Here the level is totally loaded so everything is fine, but not the oxygen because the player was already loaded before the level

So I’m asking how can I fix it, maybe like doing a loading screen where the player is paused or maybe it’s a setting that I’ve missed somewhere that can resolve my problem Idk

(PS : Maybe you will find that so easy to fix but I’m only a begginer and I’m just trying to find a solution to learn

I’m guessing you’re using Begin play to run your code? (Tip for the future, if you’re asking for help, post a screen of your code, not of your graphics)
I would just use a delay node and delay the begin play code by X seconds to give your game time for everything to load properly. I often create a fade in/out widget and delay the Begin Play by 3 seconds and then have the widget fade from black to let the player know that the game is ready to go. I will start by disabling input on the player character, then adding my widget to the viewport, then play the fade out animation and sync that to my delay (IE the length of the fade animation is equal to the amount of delay) so that the fade ends at the same time as the delay and then enable input and allow the begin play code to run.

Oh, and if you’re being literal with the 5 seconds later meaning that’s how long it takes for those 2D assets to load in, there’s something seriously wrong. I suggest if you’re making a 2D game, don’t use Unreal. It’s not built for it. Godot is much better.

You could put a delay node before your character spawn and set it to 5 seconds. You could use a timeline to the same effect.
You could make the oxygen depletion start on a timer or a delay node. or have it not start untill the player moves.