i am about to start working on a game, and i firstly am not sure whether to do it in unreal or unity, i do have both of the programs and subscriptions

firstly i would like to know if this is possible because i can see that when choosing to create levels you get given a choice of the various views, and if you do go ahead with them does that make it written in stone as to the game view

second question i have

i am coming from a programming background and i will be working with an artist for my character designs, terrain, architecture, etc

for example i can see that in unity when creating classes they start not from a constructor but rather from a Start() method and there is an update() method and other such methods, which to me feels as if it is very constricted

i imagine similar case will be with unreal, but i have not looked into the details of it except they have an actor class which again feels as if it has more freedom to it

Problem with 2d are mostly just made of flat sprites. So have no thickness, UE4 can make a 3d Side scroller, where top down would work fine.

Changing camera is possible. Just make the blueprint change the camera you are using. 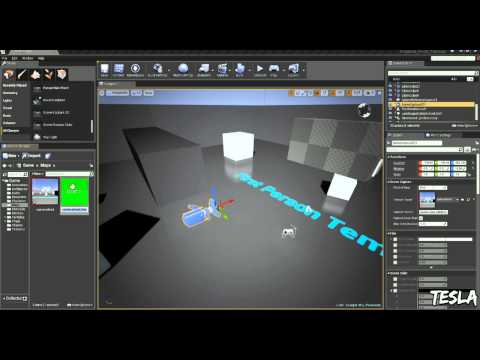 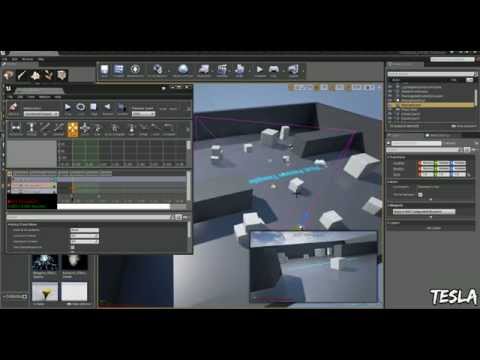 Many many more tutorial available for cameras

Well from the content side of things UE4 is the logical choice due to the availability of constructor type blueprints. Most blueprints already contain a lot of data driven variables that once wired in as part of code can be continued to be worked on by the content creators as to making it game ready. A character blueprint for example can start out with a simple stick man with default settings as to movement and physics control giving the coder something to work with and over time the art asset can be developed as to design specifications. In most situations I found that there is no need for one to catch up with the other if a basic requirement is in place and most times a ready made template is more than enough to get things started.

thank you for the response

My game is primarily a third-person action game, which also switches heavily to TPS… And there are also zones where it switches to a 2D sidescroller and also a top-down shooter thing.

I actually do this by defining zones with special behavior that cast to the character BP when he overlaps with them to convert his movements and camera to 2D. It’s not EASY but it’s quite doable. Basically, you set the character to Constrain Movement to Plane and set the plane normal to 0,0,0 (which disables constraints). When the player enters the zone, the zone casts its defined normal and origin to the player and Sets the planar constraint values. It also fires a timeline which lerps the player cam to the sidescroll view, and flips a bool flag for Is2D which branches Input Events to a separate logic which makes controls work differently.

I do a similar thing with my top-down zones (though the player must enter them while dashing for the effect to fire).

Once you’ve established the behavior of this zone as a BP, it’s pretty trivial to add it to the level in many places where you want to temporarily switch the game’s control system.