I’m really really angry about this.

If you want to create a level for a mobile game, you cant use “map to world coordinates” so you can just scale static meshes to make your walls.

And don’t tell me I should just make a bunch of pieces and click them together, I mean, what an idiotic thing to say that was said by someone who never made a half decent in their life, try getting stairs bridges and everything else to line up nicely and not have a level that is just totally filled with ugly 90 degree turns.

Making matters worse I cant use bsp, and I am a big fan of bsp, why the hell do these idiots want us to use static meshes for plain flat walls, I cant use BSP because it becomes invisible when I try to run it on mobile.

The stupid anti-bsp cult and their dimwitted leaders who say totally incorrect things like bsp is worse for collision, bsp meshes are broken up on a brush by brush basis and converted to collision areas, they are not. You could fill a book full of the lies BSP haters have to say, and they are all of this new-age school of level design, that says every single level should be linear, that each part of a level should be indifferent from every other part of the level and that it everything should be at 90degree angles.

I REALLY REALLY HATE THIS. I AM SO ANGRY. Because I am an old school, quake/doom lover and I am trying to make a game for mobile that reflects some of those old school experiences.

And UE4 does not have subtractive mode, so for every wall there are 5 extra polys that aren’t being used, I mean it is an absolute nightmare and I hate my life.

It used to be so easy to make a level in doom, in quake, in duke3d in unrealED v1.0/2.0. Now it is a nightmare, it is a nightmare that needs to be undertaken by a ridiculous team of divided specialists.

Why do people like EPIC have to reject the FPS era of gaming that they spawned from, as if it is outdated and stupid, the level design in quake, quake 2 is still good level design and is more interesting than any of the modern games I can think of, why do they have to be so enthusiastic about a generation of looser indie gamers, who want to resurrect an 8bit era of gaming that they where never a part of, with worse games than what actually existed at that time.

Ok, that’s my rant and I’m really really angry and have had a really bad day, trying to make something without using BSP, for mobile, and it is a nightmare, an utter nightmare.

I’m sorry if I had a bit of a rant there but I really love old school maps like this one, and it has been really difficult for me to get a working sollution for doing that for my mobile platform fps game. 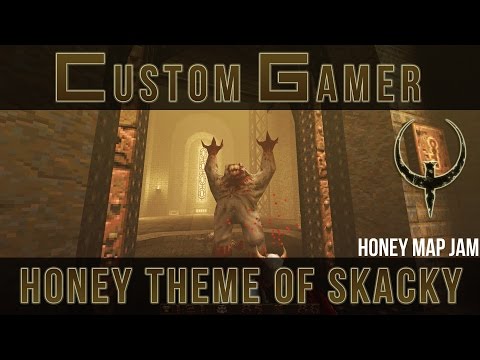 BSP is id tech(c)…
…cause UE4 targeting mainly ‘next gen’, instance meshes using less draw calls, support tesselation and lot of other neat things?
Seems like such threads appearing since…2008-2009?

S-ed, the subtractive mode is not like the subtractive mode from UE v2 and UE v1, where the entire level was in a sense already in a box. However, this is not the same because I need to convert the BSP to static mesh in order to get it to run, thus if i created a big box, then subtracted bits out of it that would be very innefficient.

I found a sollution and here it is…

World Coordinates do not work in for mobile, however, lets say you want to use a simple cube and scale it for walls, as you would normally in UE4 for creating wall so the textures don’t stretch.

You can take 1 / Sqrt(xyz) (one divided by the squareroot(scalex,scaley,scalez) onto the texture and that will allow you to scale your material’s/texture’s UVs to the scale of the mesh, therefore now you can (once again) just scale arbitary mesh’s rather than having to have a perfect grid, as I said, ordinarily you would use the world aligned texture, which does not work for mobile.

Sorry if I’ve been a bit of a ***, I just love the old school stuff and think they had far cooler levels then, than the so-called “next-gen” games, where the level is either one continuous corridor, a bunch of pieces “clicked together” or a giant sand box with a few box buildings here and there. If you do an analysis of the quake style levels you’ll understand what I am saying and how unreal tournament levels could be very “windy” and interconnected with lots of abstract sized walls thanks to the use of BSP.