Description:
Elemental Combat is a fast-paced, competitive Virtual Reality game that blends the speed and intensity of an FPS with martial arts and RPG elements. Use your hands to let fire fall from the sky or raise mighty walls of earth in VR. Customize your avatar and take the fight online!

We went viral 4 times - e.g. Our Viral Reddit Post (very early) or lately: https://9gag.com/gag/aWq1qpK !!! Join us and release together with us one of the most anticipated VR games! 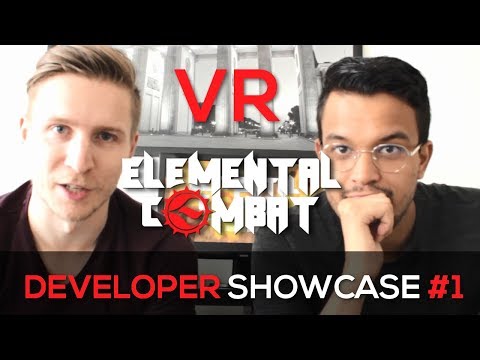 Thiago Junqueira
CTO & Co-Founder
PhD in Astrophysics, developed his own games before.

Who is currently part of the team, how long they’ve been there, what they do.
We are working on Elemental Combat since November 2017. It was founded by David, Marcelo and Thiago and the other members joined a few months after. Our plan is to release the game in the end of 2017 for Early Access.

List of previous projects by the team as a whole, by you or other team members of note.
Goodgame Empire, Empire: Four Kingdoms, League of Legends

You will take ownership of the whole art and can freely decide your own work. We can talk about revenue share and even equity if you are interested in staying with us for the long-term.

Write us an email and we can have a chat if we fit together!