I didn’t know where else to put this, but I have seen a lot of questions about the launcher crashing. I had the same issue. When I would be on the Unreal Engine tab, and then click on “Library”, if there was a project with a thumbnail that was corrupt, it would automatically crash the Launcher. To fix this, simply delete the “AutoScreenshot.png” located here:

After deleting it out, all was well again. Seems like a really bad bug to have - the entire Launcher crashing because of a corrupt image.

What do you mean by a corrupted thumbnail? Could you provide a screenshot of what you are seeing?

The thumbnail .png file didn’t save correctly, so it was causing the error. If you shrank the launcher small enough that it didn’t show when you clicked on Library, you were fine. But the minute you scrolled to where the thumbnail for the project was, it would crash the Launcher. Try replacing the Autosaved thumbnail for any project with this image and see if it fails. It does for me. 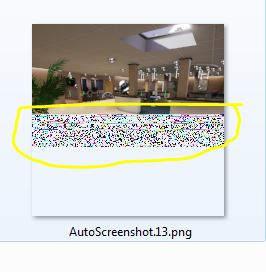 Sorry, use this image:

I was able to reproduce the crash. Do you know how the PNG became corrupted to begin with?

I really have no idea. The only thing I remember happening was that the project crashed just before that, so I would assume that was the cause.

Thank you for the corrupted picture, I was able to reproduce this issue with it. I’ve created two JIRA reports. One for the Launcher crash and another for the Editor. They are JIRA OPP-4238 and JIRA UE-21088. Our developers will be investigating the issue further and we will post back here with updates as we have them.