Hey you guys. So its been a while since I did anything productive for myself. I went ahead and created a post-apocalyptic scene inspired from a Last of Us concept sketch. Being a level designer, I only had limited number or assets to work with, so I gave the scene my own treatment. I wanted to display the idea of a post-apocalyptic scenario where nature takes over and the dust of whatever has happened has settled down in the wake of a new day.

P.S - I used some color grading for a cinematic feel. I’ll post a couple of pics from the non-color graded version with this.

The content I used for this scene are as follows : 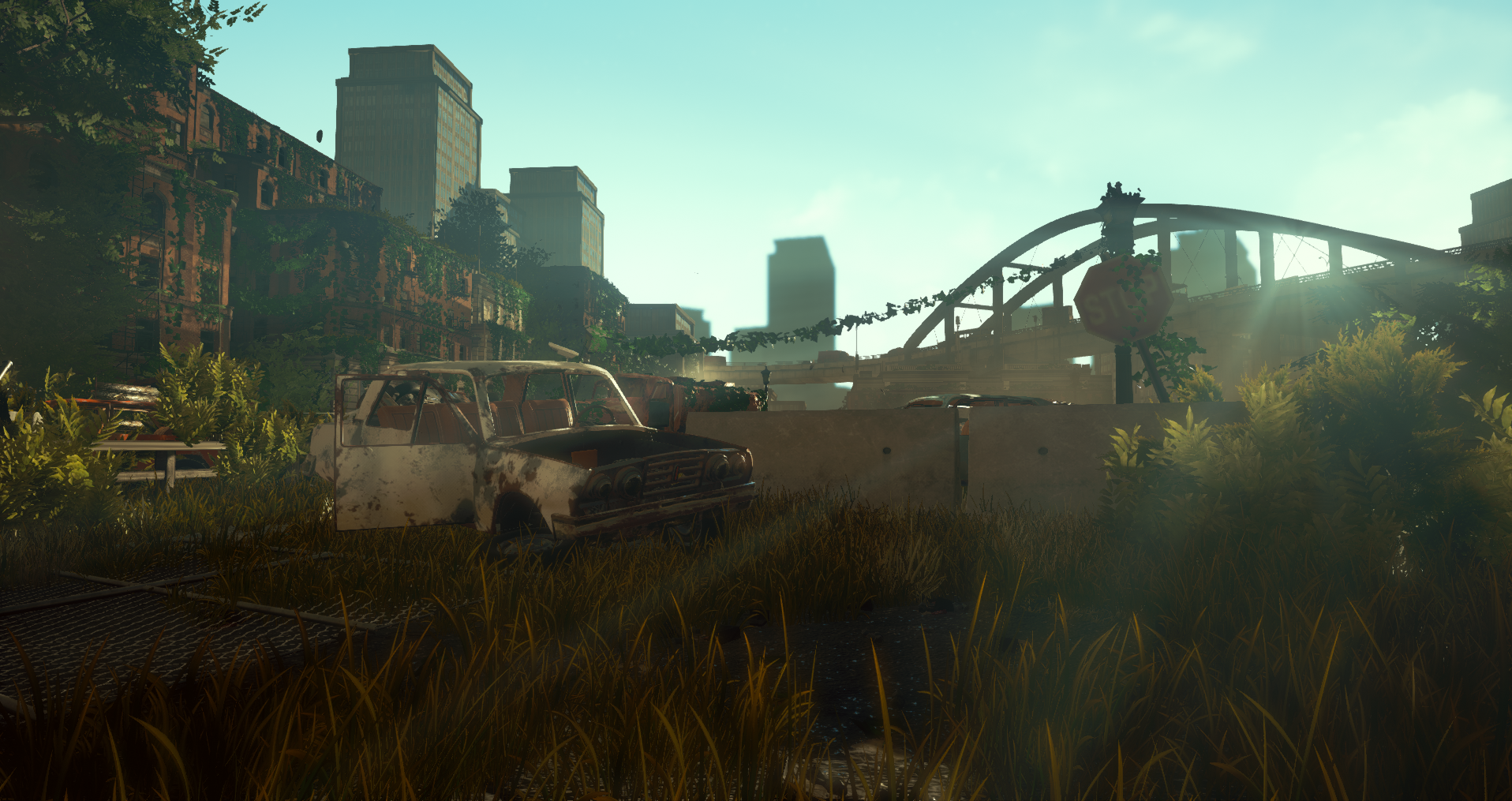 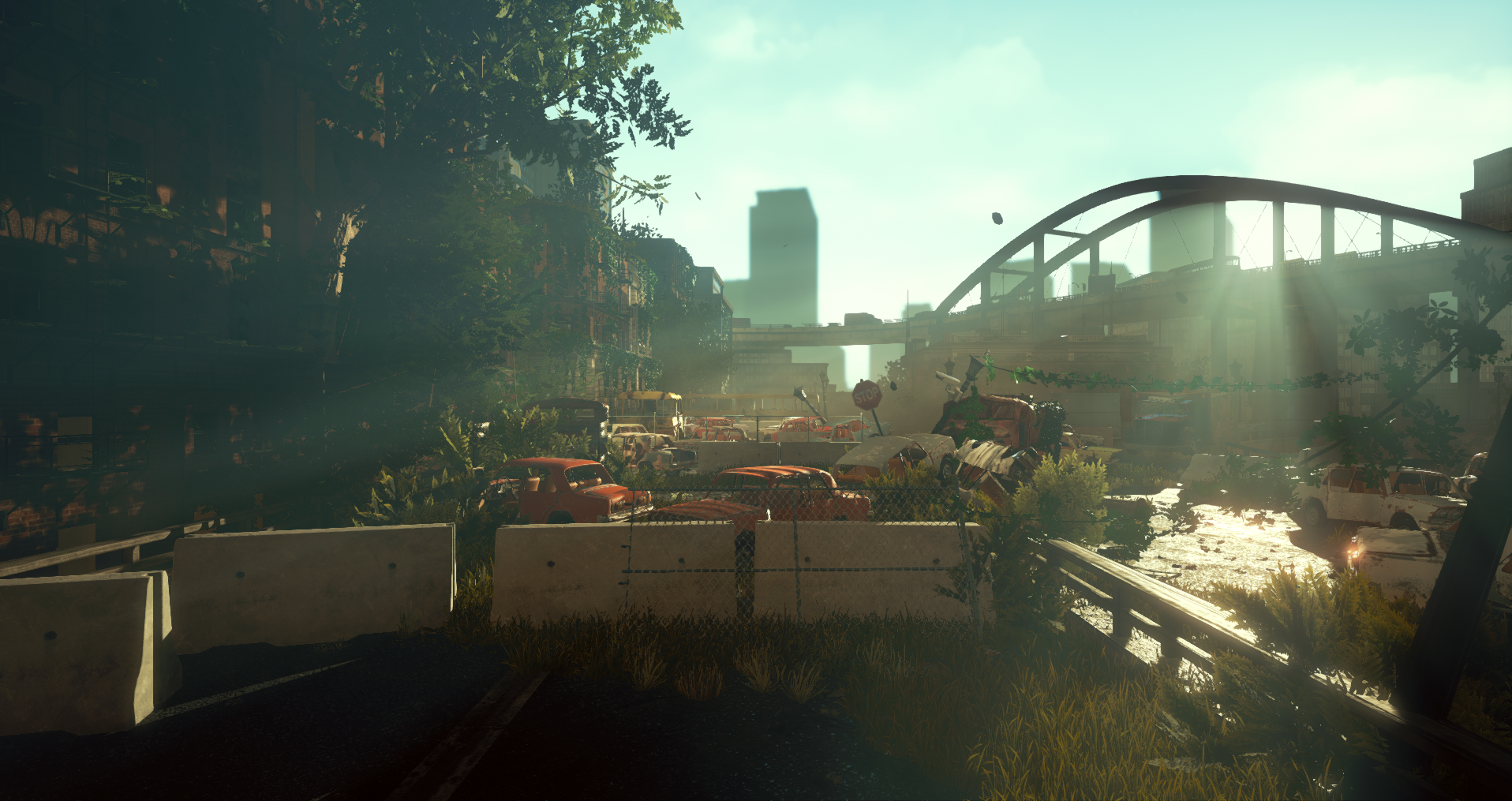 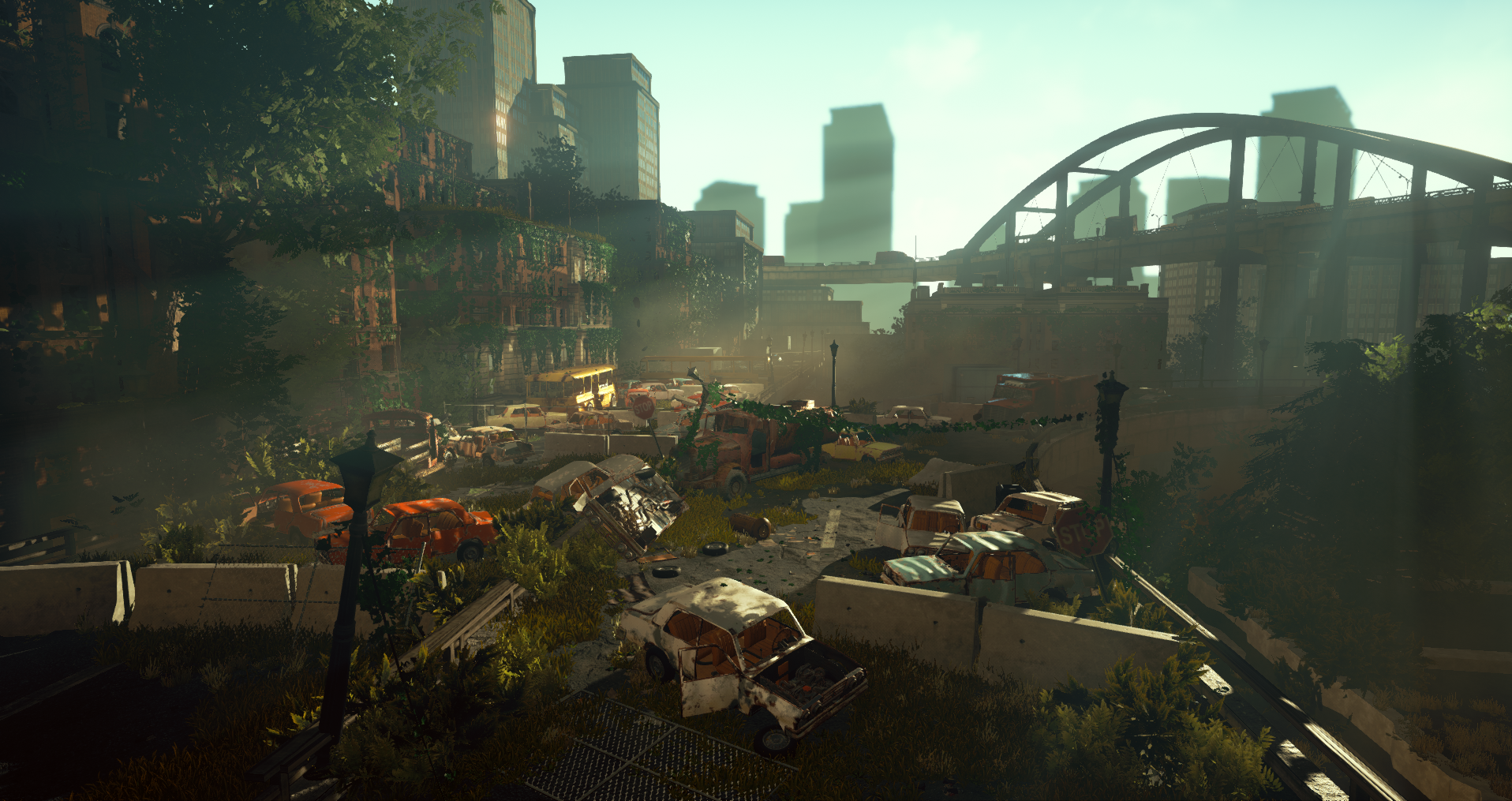 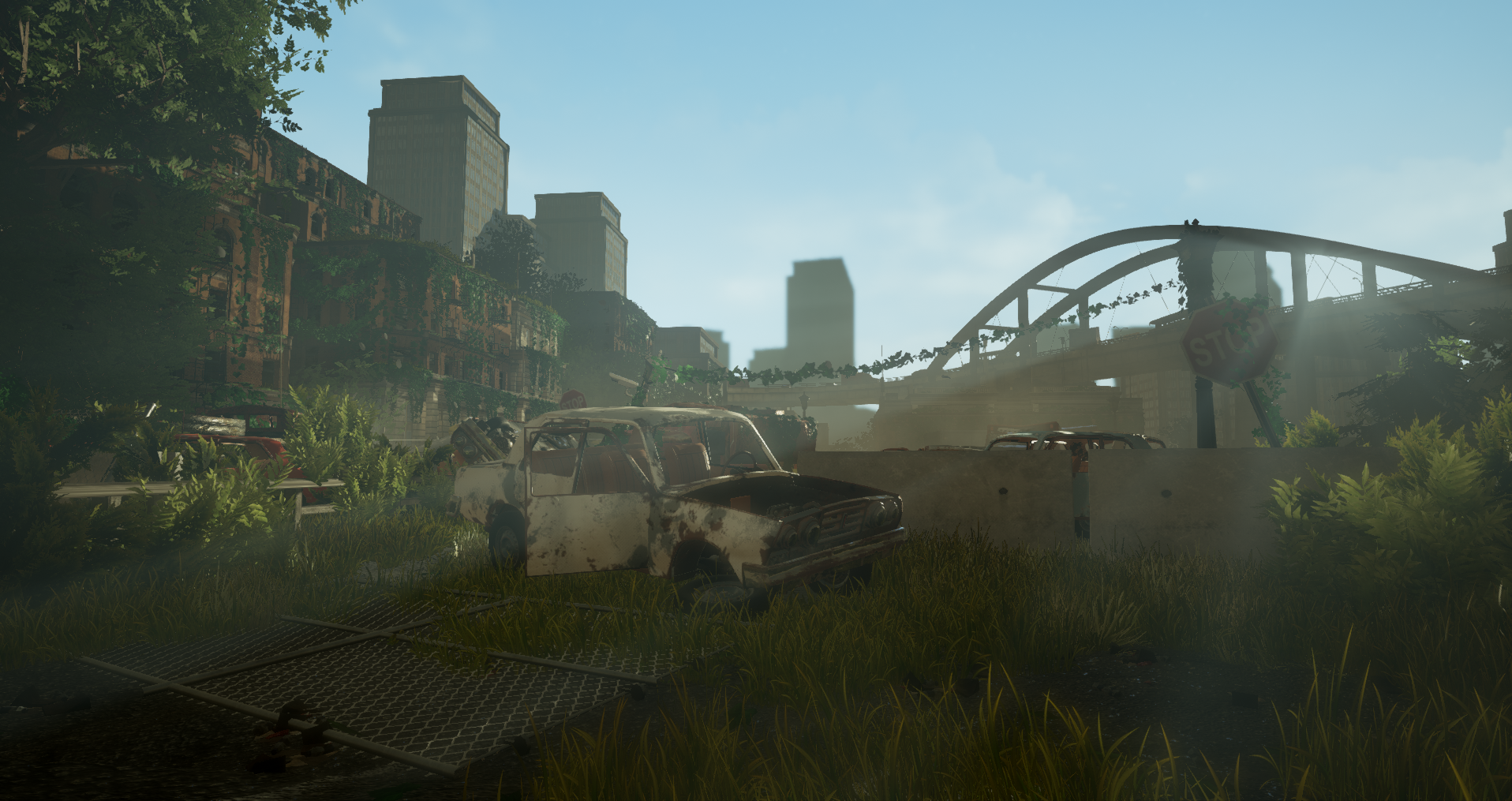 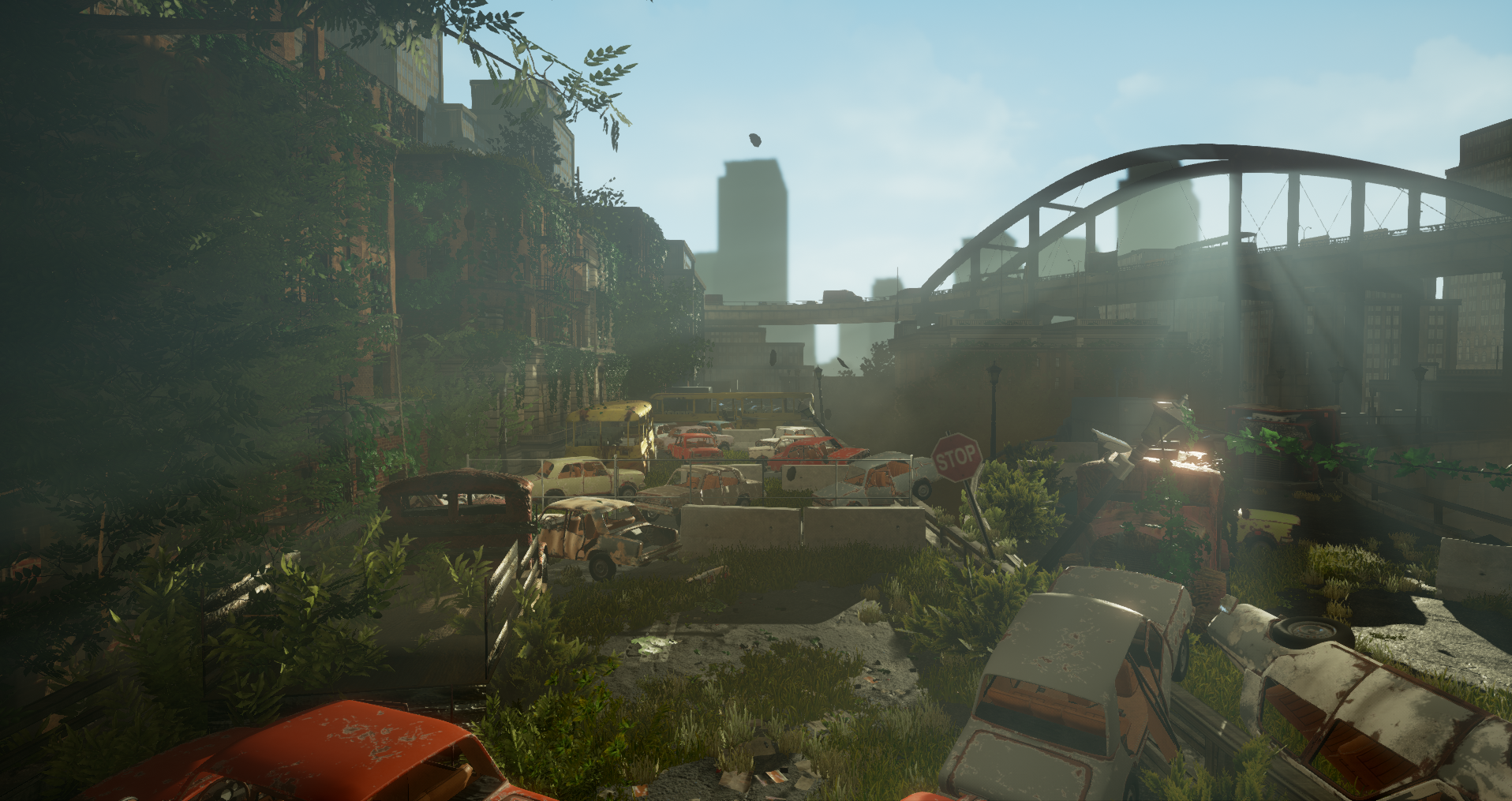 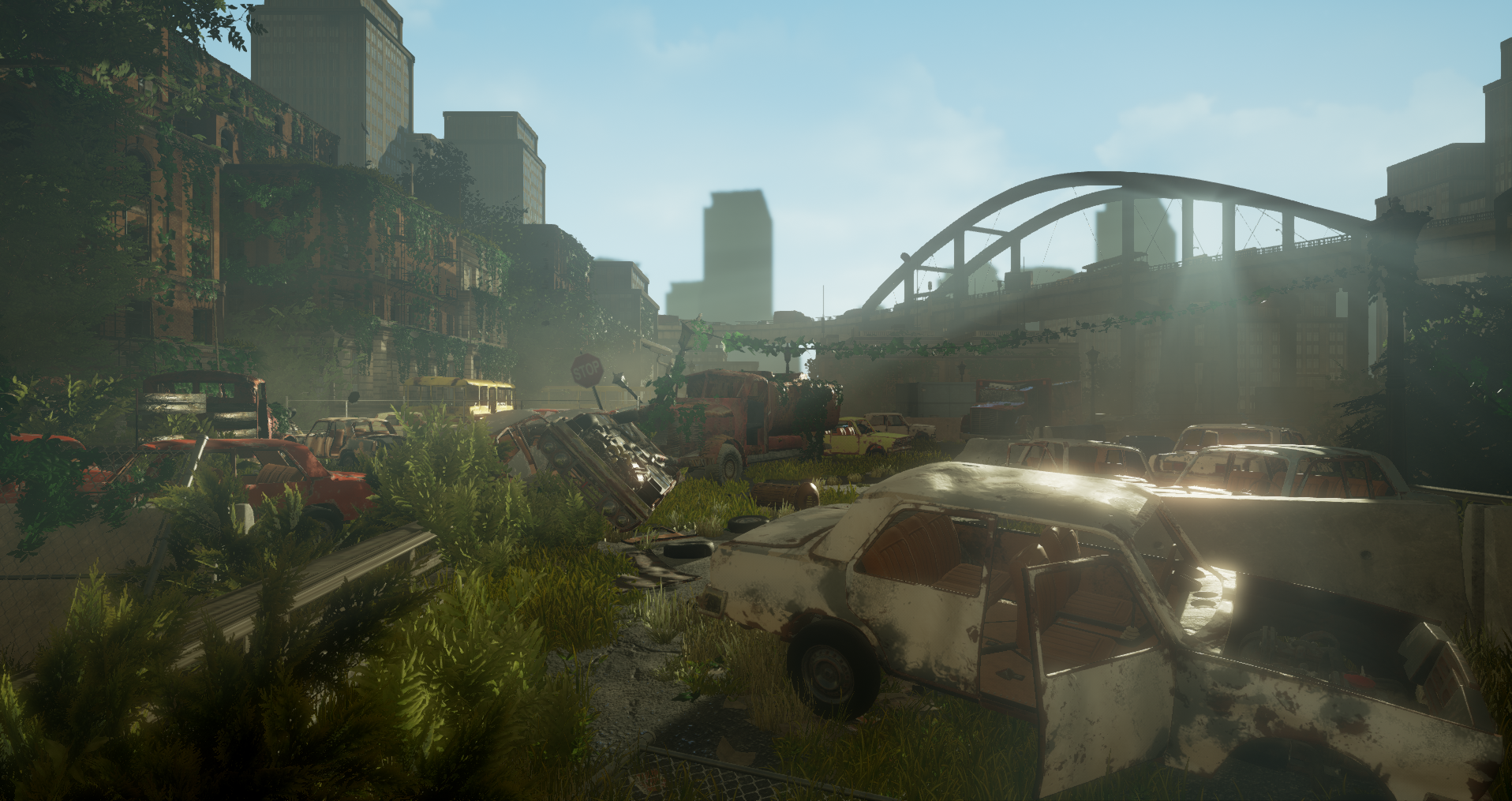 Looks really nice, the shots are great, the lighting compliments them well. How long did this take you?

@death wyrm - This took me 2 days. There was a concept art to work with which made life a little bit easier for me. Plus there is only 1 stationary directional light for the scene and no LPV either (and a couple of fill lights - no shadow casting for some touch ups) , so I did not have to waste time building lights over and over.