For many days now I am struggling to create a landscape than appears ok on my iPhone. I have posted my problem to AnswerHub, but I’ve got no replies. Here is my situation:

Even though the landscape looks as intended on the Mobile Preview, when I actually run my Level on my device (6 Plus) I have several issues (also have a look at the attached photos). 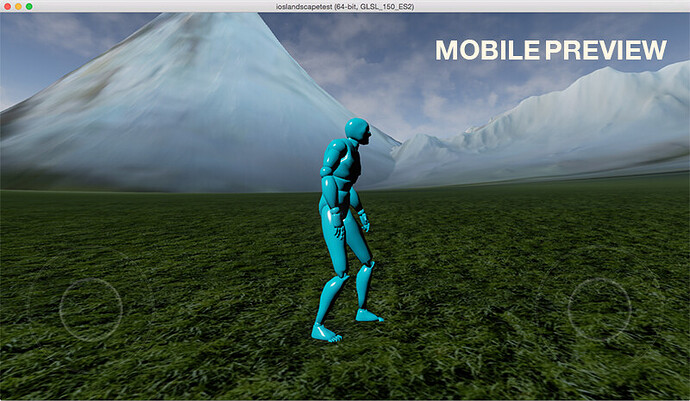 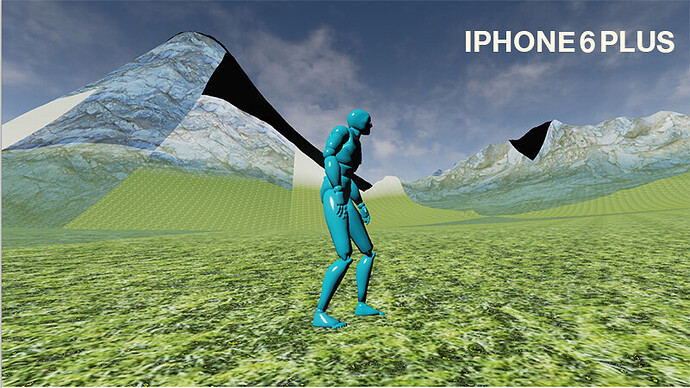 Layer blending. My landscape has three texture layers, but on the device they don’t seamlessly blend, but you can see big squares of one or the other texture.

In my material I have incorporated the technique to scale the texture up based on distance, in order to get rid of repetitive patterns in the far distance. Again, it works on the mobile preview but not on the device.

I’ve made sure that all the following are true:

My project’s target hardware is Mobile

My Material has less than 5 textures and has “used for landscape”, “use with static lighting” checked. It is fully rough. Use Lightmap Directionally is unchecked.

Lighting has been built

Device profile config files has been set in the Config Directory

My layers are imported from height maps.

There are limitations to creating custom uv materials on mobiles:

Based on the documentation, the limit of Custom UVs on Mobile is 3 and that is the number I use in my material. But in my case I don’t think the material is what creating the issue.

It looks like your custom UVs are interfering with the coordinates generated by the landscape itself. It’s very likely that the landscape rendering is different on mobile and actually uses some of the UVs, creating such problems if you write custom data into them.

The Customised UVs are coming from the landscape coordinates.
The issue remain even on a material with no Customised UVs.
And again, it only happens if i run the game on an actual iPhone 6 Plus device. It doesn’t happen on Mobile Preview.