I am using the latest editor and trying out the landscape spline tool and i am trying to create a road where it splits out but I cannot get it to look good and wanted to seek advice.

any ideas on how to fix this

You need to play with Rotation values of that control point at the crossroad.

its all about how the road mesh that is branching out is connecting from… i wish there was a way to control it… Its trying to branch out from the front of the mesh instead of the outside of it.

There isn’t a way to ffset that control point right now. And apparently i forgot to mention that you need to select that segment on the left and set the tangent length of the point where it meets the cross section to 0.

What you can do to have better cross sections with landscape splines is to have separate meshes for them, and use them as the mesh for those control points. And then leaving the first segments empty and manually adjust the location of the connecting control points depending on that cross section mesh.

Do they plan on creating a way to make cross sections? Like in a modeling program where you take a edge of a plan and extrude on whatever points to make a cross section.

I would I guess overlap it but it looks bad because of the shadow that forms from the edges. I am trying to make a cityscape and want a way to make a large city quick.

so right now I am going through and thinking about the roadblocks of building the roads and being able to have intersections that look seamless and correct is important…I do have 3ds max but to me , if I have a easy system that I can make changes to on the fly it would help in the long run…anyway thanks for the help so far.

ill go in max and make center point for everything to connect to…i was just hoping landscapes would have that.

Cross sections require some work no matter which tool you use. Even if we had decals for roads you would need the right texture for cross sections. Now that you mention you want to make a city i recommend using blueprints instead of landscape splines. It will still need you to model the cross sections but in the end it will give you more customization options. Here is an example i created based on the fence BP in Content Examples project: 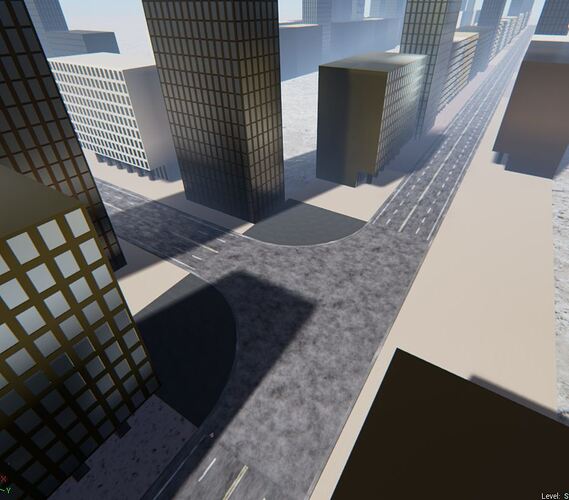 can you not add points to that Fence Blueprint? To have it curve like you can with the spline tool? I would want to make a road tool where i can basically use one blueprint and be able to adjust it for Cross sections, curves, different elevations with out using more than one… I guess in my mind I visualize being able to select one of the models as you stretch out the road and switch it out with whatever model I want(like a cross section) with out making a copy of that blue print or adding control points to be able to curve the path. Ill google this but wanted to post the question here…

Also I am looking at the blueprint for the fence and thinking, how in the world would I even know why certain things were used. I wish you guys would go through these blueprints and create a though process, it would really help me rewire my thinking process when making blueprints.

can i make this tool using blueprints? 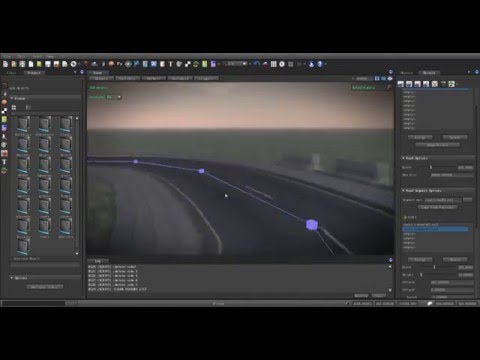 You can also use spline component to make BP roads. But cross sections still wont be an automatic process like the video. If you make a search in the forum you can find a tutorial on that made by a community member, and there are also samples in Content Examples project.

Btw, you can poke around and change variables one by one in order to understand how a BP example works. That’s how i do anyway.

thanks for taking the time and watching that video. The road tool they made is amazing, especially how it was able to adjust when they crossed a road on top of another road and it corrected the texture and made it look seamless… that example you did above with the cross section, is that two different pieces? I guess I am only stressed that i would want one piece is when you have road elevations and i just image it would be better to be able to manipulate one blue print with control points instead of adding several and seeing seams…I am highly inspired by GTA and and the division. it appears they had some kind of road tool that was easy to use. I went and messed with the fence blueprint and put my road mesh there, its cool, then I was like well how do I add points to it to make a curve…so ill figure out how to add a spline component to it as well. thanks for the responses.

My BP setup uses 2 meshes for the road; one for the cross section(3way) the other for straight road. The sidewalks are also separate meshes. I had made the fence BP suggestion since you mentioned a city and that technique would work for most situations but not all. As you found out it wont work for elevated surfaces so using a spline component is the way to go. You can still make it customizable so it’s fine.