Hi, I am working on a landscape material at the moment, and I can’t find the solution to an issue I’m having when blending near and far textures with the additional use of world aligned blending to get some nice auto placement based on landscape slopes.

The issue as I will show in the two screenshots below, is that when I move the camera from far to close, my rock texture seems to get 50% to 90% cut out as it blends with the other textures via height differences. This issue does not seem to show up for the grass or dirt textures. 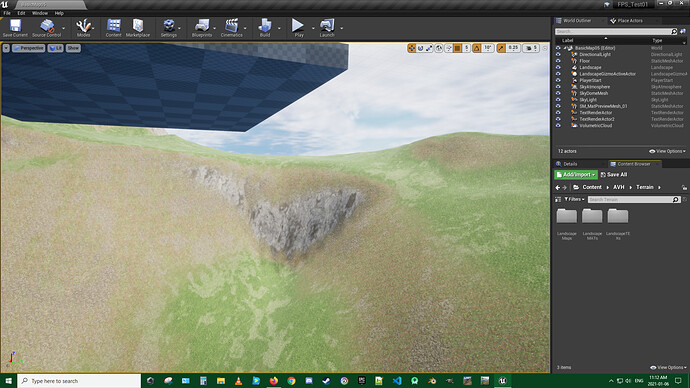 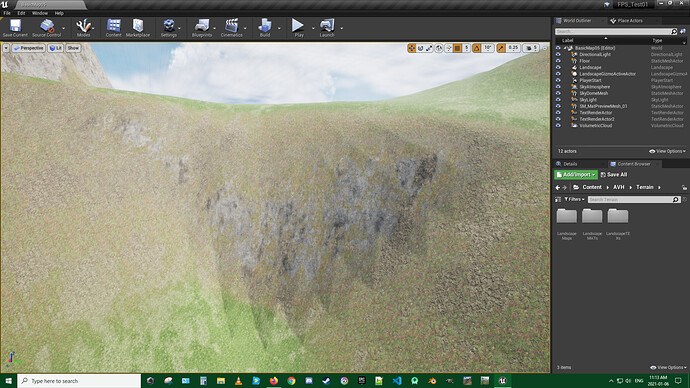 Below are some screenshots of my material nodes: 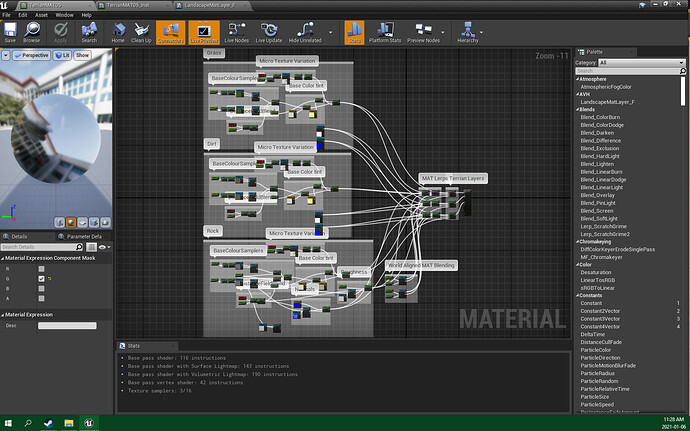 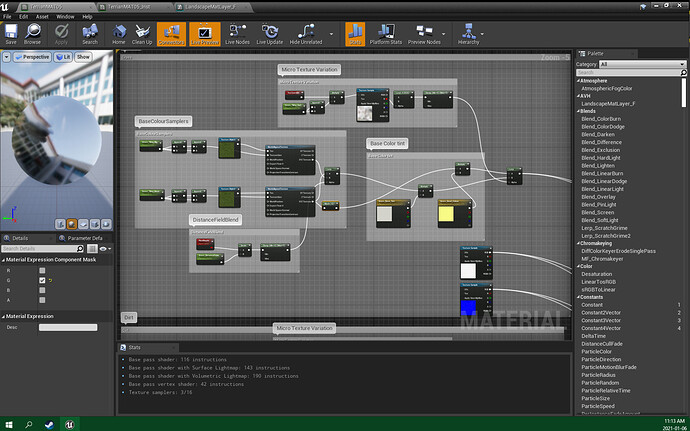 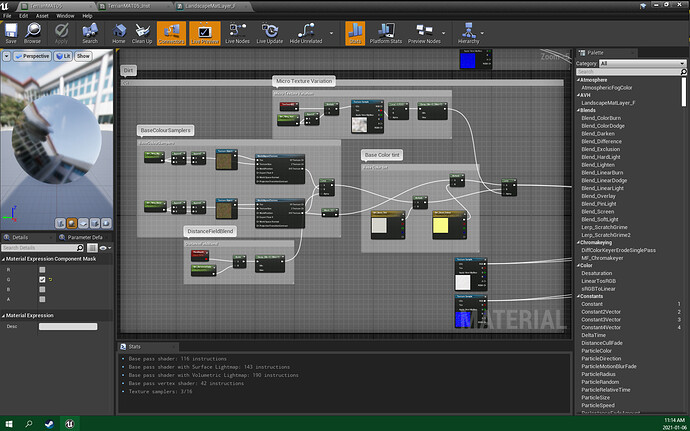 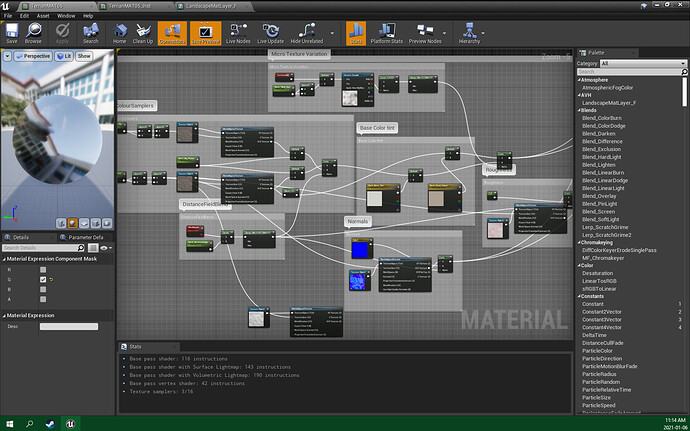 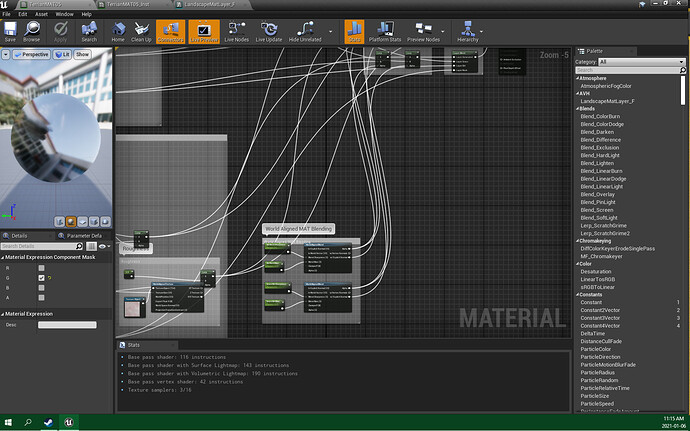 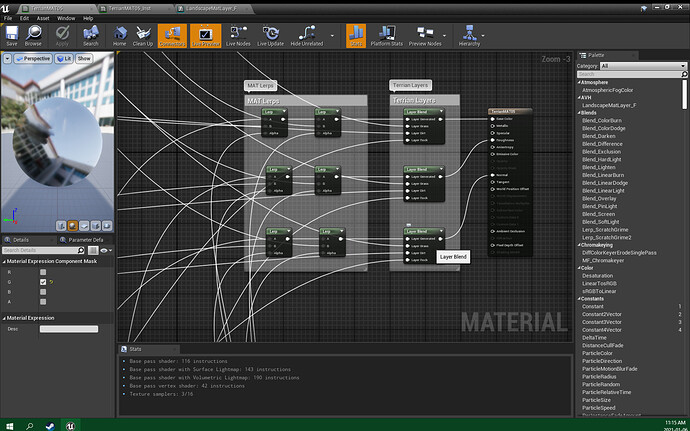 Any help or suggestions would be great, thank you.

I don’t remember but I think something similar happened to me and it was fixed when I increased my Engine Scalability Settings or Material Quality Level. Have you tried that?

Thanks, I had a look at those settings, and all of them are set to “Epic” values. In the meantime, I did manage to narrow down the issue I’m having. It seems to be connected to using world align textures with both distance fading (between a near and far version of my textures) and world aligned blending, more specifically, the world aligned normal map. If I change JUST my normal map for the rock material from world aligned (3 vector) to just a normal texture sample (2 vector), then the issue of the rock almost disappearing when I move the camera up close goes away, and the rock just blends with the dirt material around it via the WorldAlignedBlend node as expected. So the issue now is finding a way to be able to keep the texture as world aligned, especially for the rock as it is mainly only viewed on parts of the terrain with a steep angle, and will appear very stretched out if I don’t.

Hi all. Thanks again to brisket for trying to help, but for anyone else who might come into this issue, I will show what ended up working for me.

In the image above is the part of my material graph function that handles the normal map for that material landscape layer. The “Lerp” node is used for fading out the normal details at far away camera views, but when the camera moved in close, the rock material overall was being replaced by the dirt material it was supposed to transition into.
To FIX this, I added a “Static Bool” node of true to the “WorldSpace(B)” input of the “WorldAlignedNormal” node, and the issue was gone. I’ll admit, I still don’t know enough to fully get why this fixed my issue, but it works now, so I’m happy. Hope this might be useful for others to know too.