Keeping a skeletal mesh attached to another mesh's bone... at a non-root bone.

I’ve got a character that is broken up into two separate meshes. The humanoid body and the head. Each has their own rig and set of animations that are played along side each other to match.

However a problem I’m running into is syncing their location so that they remain seamless. It appears that the head itself has a joint that is supposed to be used to sync the mesh to the main body.

You can see that joint here in Maya: 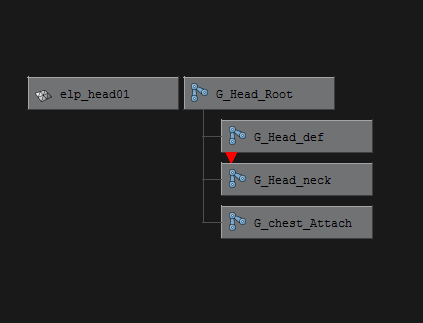 Has anyone had to do something similar?

tl;dr, Need to attach one mesh to another from a bone that’s not the root.